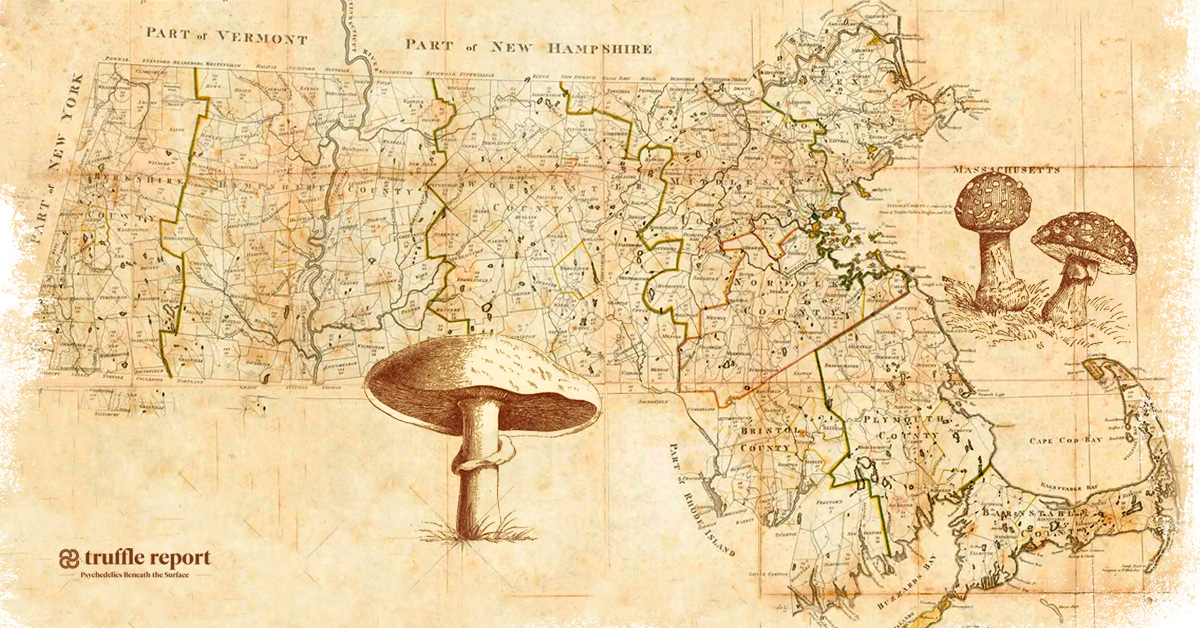 The city council of Easthampton, Massachusetts is poised to make a crucial vote on the decriminalization of controlled substance possession later in October. Bay Staters for Natural Medicine, the organization responsible for successful local drug policy reform initiatives in several Massachusetts cities, is leading the effort.

The group works to educate local officials about the urgent need to decriminalize the cultivation of psychedelic plants, decriminalize possession of all controlled substances, and improve harm reduction services to redress the wrongs of the War on Drugs.

The opioid epidemic has hit communities in the state of Massachusetts particularly hard, with the COVID-19 pandemic only making matters worse.

With Texas, California, Connecticut, and lately, Michigan all gaining attention for their efforts to study or decriminalize psychedelics in the past year, the efforts of this wider decrim coalition are being recognized consistently. But leaders of Bay Staters for Natural Medicine say that the group’s focus on wider decriminalization has, on occasion, caused them to receive less attention than other more psychedelic-focused organizations.

“We have the most success organizing around the positivity of psychedelics,” James Davis, a volunteer organizer for Bay Staters for Natural Medicine offers. “Over a dozen lawmakers we’ve met have used psychedelics themselves, often recalling them fondly. But when we meet with these leaders, we also discuss the bigger implications of the drug war, including our loved ones struggling with addiction.”

It’s a crucial point. While opioids and overdoses are no less important a narrative, these topics can make it more difficult to engage consistent, enthusiastic support and discussion in the media when compared with the festival atmosphere of some groups and events in the psychedelic decrim space.

This is to say nothing of the financially motivated enthusiasm and lobbying efforts of corporations and investors on the for profit-side of decrim efforts in the current psychedelic renaissance.

For Bay Staters for Natural Medicine, psychedelics do still play an important role. The upcoming vote on the part of Easthampton, Mass. is expected to decriminalize possession of all drugs, while enabling adult residents to cultivate entheogenic plants. The resolution, similar in language to those already adopted by other Massachusetts cities and being considered by still more, begins with an acknowledgment of the potential for entheogenic plants to be beneficial in the healing of mental health conditions including “Substance abuse, addiction, post-traumatic stress disorder (PTSD), Persistent Traumatic Stress Environment (PTSE), chronic depression, end-of-life anxiety, grief, cluster headaches, tendencies toward recidivism, and other ailments” currently plaguing communities in the state.

“Resolutions like this are important because I think they create awareness, and a discussion in the public eye about psychedelic plants, and especially around this topic where these should never have been illegal at all,” says Owen Zaret, Easthampton council member and sponsor of the decriminalization resolution. “It’s time that we recognize their different therapeutic uses as well as the lack of harm of recreational use,” he adds.

He continues, “The entire status of these plant medicines on the Schedule I of Controlled Substances is a completely manufactured fallacy. Controlled Substance lists are ones that have a high risk for dependence or abuse that have no therapeutic value and we know that these [psychedelic substances] don’t have any risk for abuse and have high therapeutic value,” Zaret tells Truffle Report.

The remainder of the resolution details the resurgence of addiction and substance abuse-related deaths the area has experienced since the onset of COVID-19, as well as the ongoing effects of the War on Drugs.

In addition to Easthampton, the group is involved in discussions with local officials in Salem, Amherst, Needham, Worcester, Waltham, Newton, and Boston. After meetings with councillors and law enforcement, the organization is optimistic that a wider conversation around decrim in Massachusetts’ largest city will take place and be better received after its upcoming mayoral election.

“High level, we are aiming to change local institutions, such as these city councils,” Davis explains, “and use these resolutions as an opportunity for millions of people to educate themselves. The philosophy of our team is that it’s a lot harder to educate individual people than it is to find one or two allies within institutions that can leverage that institution to spark broader cultural discussions. When you have a conference, that’s great. When you have these educational events that educate people one by one, that’s great. The reason we’re not in that business is because we feel like it mainly preaches to the choir. The people that go to those things already agree. It takes a lot of time and resources that could be focused on educating people with power.”

At present, Bay Staters for Natural Medicine has partnered with both local and national cannabis and veterans affairs groups with similar aims, and has been endorsed by Students for Sensible Drug Policy, Tapestry, and the Law Enforcement Action Partnership. In addition to these organizations, the group’s state bill recently received an endorsement from Middlesex County District Attorney Marian Ryan.