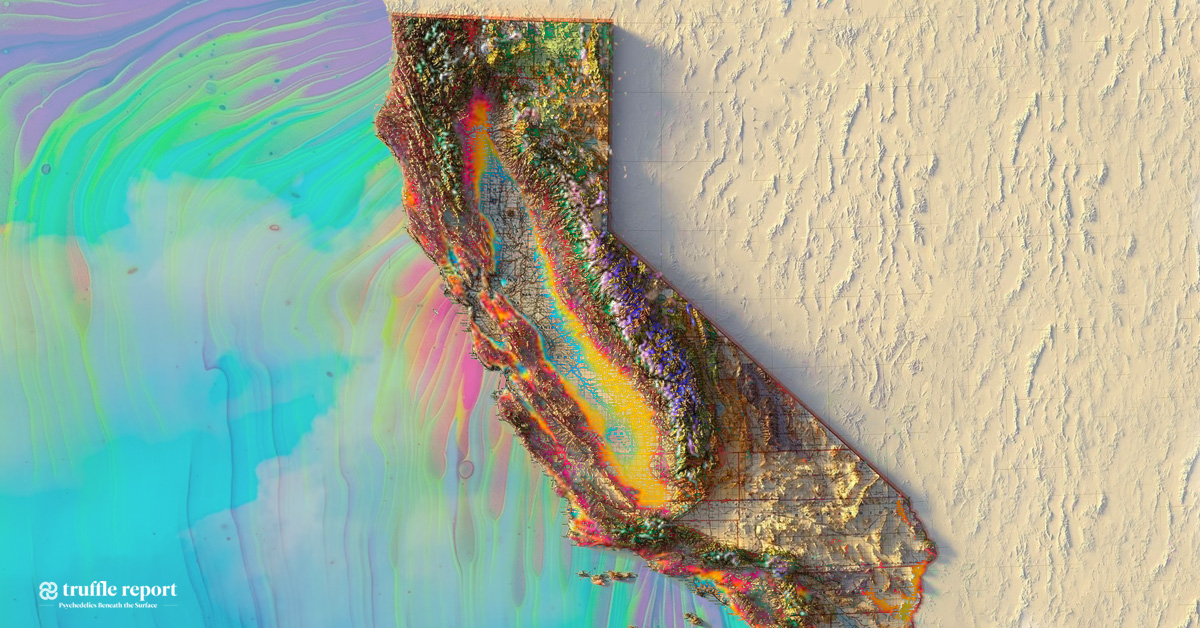 What’s Next for California’s Psychedelics Bill?

California’s historic bill to decriminalize psychedelic drugs was paused in the State Assembly on August 26, supposedly stalling to allow for more time to build support for the legislation through educational groundwork and lobbying prior to the next legislative session in 2022.

Senator Scott Wiener’s (D) bill SB 519 proposes to make possession of small amounts of psychedelic substances — including lysergic acid diethylamide(LSD or acid), psilocybin (magic mushrooms), DMT, and MDMA — lawful for individuals 21 and over. Under this legislation, a California statute restricting the cultivation or transportation of spores for psilocybin mushrooms, or mycelium “capable of producing mushrooms” would also be repealed.

“It’s not surprising,” says Sen. Wiener. “It’s the first time the idea was ever introduced in the legislature and so we just needed more time to build support in the Assembly,” he tells Truffle Report.

Last month, the Senator decided to make SB 519 a two-year bill. Very much “alive” in the legislature, it would be “eligible to move forward” when the state legislature reconvenes on January 3, 2022. From there, the bill will have to go through the Assembly Appropriations Committee, followed by a full California State Assembly vote. If passed, it will be sent back to the state Senate for a second vote on the changes made to the bill prior to being presented to Governor Gavin Newsom (D) for his signature.

“We need more time to build support in the Assembly, but I was not sure that we would make it this far in our first try,” Sen. Wiener says in a video shared by Chacruna Institute during an online forum discussing the California psychedelics bill earlier in September. “Sometimes it takes multiple tries, so I’m really proud of our coalition and of all the supporters. The legislative process is a complicated one, and sometimes you have to have give-and-take so that not everyone might be in full agreement, as with any coalition,” he adds.

Ismail Ali, Acting Director of Policy and Advocacy with Multidisciplinary Association For Psychedelic Studies MAPS, and David Bronner, prominent psychedelics booster and CEO of soap manufacturer Dr. Bronner’s were the other panellists at the forum.

Suffice it to say, I wide variety of stakeholders now see the potential value not just in decriminalizing these illicit drugs, but in psychedelic therapy for mental health conditions such as post-traumatic stress disorder.

“I think that we still have a very strong piece of legislation — and we are committed to passing it in 2022. I look forward to working with this amazing community,” Sen. Wiener says in the video.

The bill has undergone a few major amendments during the legislative process. Ketamine was dropped from the bill in June during the Assembly Public Safety Committee hearing, citing its use as a ‘date-rape drug’, which was the first big amendment. In the following hearing at the California Assembly Health Committee in July, Sen. Wiener accepted the amendment to impose limits on personal possession of psychedelics. Another important amendment was to drop the clause suggesting expungement of the criminal history database.

What Comes Next for Senate Bill 519?

Not rushing the bill for an Assembly floor vote and the governor’s signature to meet the September 10 deadline was a safe bet for the survival of SB 519.

“My understanding is that legislators started expressing deep concerns about some of the issues in the bill that had previously been worked on and identified, and so the votes weren’t there,” says Sean McAllister of McAllister Law Office, who is working closely on the psychedelic law reform.

“If we rushed a vote now, first of all, it probably wouldn’t have passed. But if it did, the Governor might be in a difficult position. The governor hasn’t stated his position yet,” McAllister tells Truffle Report. “Why force the issue to a committee hearing when it looked like we would lose the vote. Rather, postpone it and continue the educational process,” he adds.

Now that Gov. Newsom has retained his office, efforts will be focused on determining his stance on the decriminalization bill. In an interview with McAllister before the recall election, he shared, “There is some work to be done to try to get the governor’s support. I think most people expect Gov. Newsom to survive the recall. And I think it’s more about not knowing what Gov. Newsom’s supposition is, rather than a fear of his opponent.”

Advocates and lobbyists are working hard to maintain the legislation without making more drastic changes to the current legislation. In an interview with Lucid News, Ben Unger, New Approach’s Director of Psychedelic Policy, said, “It’s possible there might be additional changes.” Although the coalition is putting efforts in retaining the “core policy.” He further adds, “It’s extremely unlikely that possession limits would be removed.”

Possession limits on psychedelics led to a divide among the advocacy groups supporting SB 519. Decriminalize Nature — in a press release published before the amendment to impose limits were accepted — demanded the bill be parked.  DN later took a neutral stance on the bill following the disagreement, standing by its request that possession limits be removed.

The Assembly Health Committee had demanded the lawmakers to define the possession limits for the bill to be “more clear and to provide an objective safe harbour for individuals under the new law,” Unger told Lucid News. The Senator accepted the amendments to continue progressing in the legislature.

“The legislative process is a complicated one. Sometimes, you have to give and take that not everyone might be in full agreement on it, and as with any coalitions, we’re going to have some disagreements internally,” Sen. Wiener says in the Chacruna video during the forum.

While surrounded by controversies, the bill has made significant progress in the state legislature. “This legislation has gone frankly further than I thought it would go,” Sen. Wiener says, adding that the bill made it “almost to the finish line”. “I was not sure we will make it so far on our first try. Sometimes, it takes multiple tries,” he adds.

Sen. Wiener has, time and again, expressed interest in the long-term goal of decriminalizing possession of all drugs in California, and making progress towards ending the War on Drugs. The current attempt at psychedelic law reformation is a strong step in that direction.

Hoping for a possible “political change”, Sen. Wiener says, “In the big picture, we need to end the war on drugs — for all drugs — and we should not be criminalizing possession and use of drugs. Drugs are a health issue, drugs are many things. They’re not a criminal issue.”

During Chacruna’s panel, Bronner expressed his hope for having statewide decriminalization movements for all drugs in California, Colorado, and Washington State as early as 2024.

During another webinar hosted by the Psychedelic and Entheogen Academic Council (PEAC) this past summer, Sen Wiener shared that the psychedelic decriminalization bill was occurring at an intersection of two important needs: psychedelic substances role in both the War on Drugs, and the treatment of mental illnesses.

Expanding on his stance during Chacruna’s event, he said, “We need to stop packing our prisons full of people who are using drugs, who maybe have an addiction and so forth. We need to take a health focus—and I believe that we will get to the point in California where we achieve full drug decriminalization just like Oregon did.”

Background and News on the Potential of Psychedelic Therapies

Municipal level decriminalization of psychedelic drugs is very much active in California in cities such as Oakland, Santa Cruz, and Arcata, where officials have heard from local activists and community leaders. Beginning to recognize the benefits of psychedelics in treating mental health issues and combating conditions such as substance use disorder, other major cities across the U.S. such as Ann Arbor, Detroit, and Seattle have followed suit since Denver’s historic decriminalization of magic mushrooms in 2019. The Federal government has so far done little in response.

The therapeutic potential of these hallucinogenic substances is also increasingly being explored in clinical trials by leading institutions such as Johns Hopkins University.

Organizations such as the aforementioned Heroic Hearts Project and Veterans of War have also begun offering counseling services, and in some cases travel for ayahuasca therapy, for those combat veterans interested in psychedelic treatments.