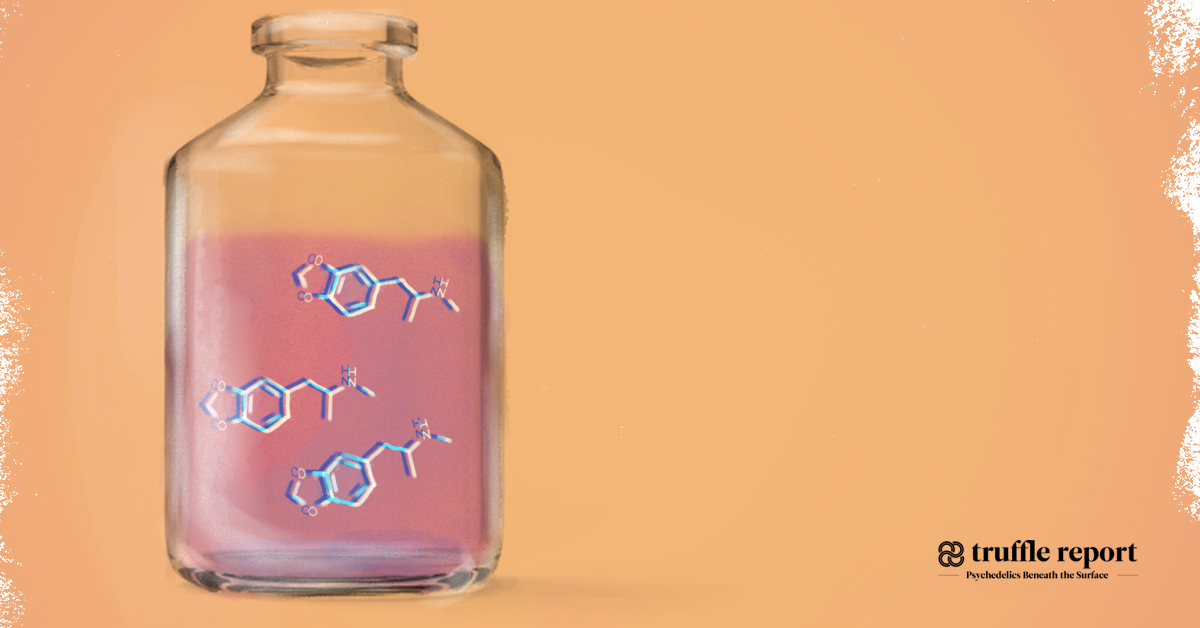 Microdose Psychedelic Insights held the MDMA Conference, the latest in its virtual Molecular Masterclass series, on Tuesday, June 15. The event focused on the intersection of scientific, legal, business, and cultural issues surrounding MDMA. It’s a timely discussion, as a growing body of new evidence is mounting for MDMA’s clinical efficacy in treating conditions such as PTSD and alcoholism.

All of this coincides with a global resurgence of interest in the therapeutic potential of psychedelics for the treatment of mental health conditions, an increasing number of celebrity endorsements of these practices, and considerable positive mainstream media coverage.

The panel was moderated by Richard Skaife of the Conscious Fund.

Skaife kicked off the panel by asking Ramsden what exactly could be done in business with an open-sourced substance like MDMA.

“You could look at this with the traditional approach of novel molecules are the holy grail,” Ramsden responded, “and thou shalt only produce whole molecules. Which is on one end of the spectrum.”

“Or,” she offered, “there’s an opportunity to look at MDMA with respect to time to market and supplementary services. There are generics out there that we buy everyday that are open label, and they have things wrapped around them, whether that’s different therapeutic approaches or indications. To be succinct about it, it [MDMA] is going to be the first really fascinating, deeply researched psychedelic molecule that is available to the market en masse that is not off-label. I think there’s a tremendous market for that.”

Kadysh, who also works in the MDMA sphere, agreed. “There’s a lot of opportunities in the drug delivery sphere. We also shouldn’t lose sight of the fact that this is still early days for the industry, and just because all this good work has been done doesn’t mean you can’t look out for novel formulations of MDMA that could open up new treatment protocols. I think we should cast our gaze wide, and the people who do good science will likely reap the rewards.”

Next, Skaife asked Sherry Boodram about the path she envisions for Canadian access to MDMA specifically, given that the work by MAPS is largely being done in the United States.

“From my perspective as a consultant,” Boodram responded, “the whole interest in psychedelics is really picking up. It’s on the radar of regulators as well. Health Canada is currently assessing license holders to see what they’re doing with their product, where they want to go, who they want to service, and is trying to assess how they can change their program to better meet the need, not just for companies looking to manufacture, but from the accessibility perspective of making changes to the special access program.”

Boodram also offered her opinion that the Canadian government and regulators were likely examining Section 56 Exemptions, as well as other methods from other nations and the private sector, to determine how access could be implemented “in a safe manner.”

Skaife went on to ask Cleary for his take on what the impact on the industry would be when MDMA was successfully licensed as a medicine.

“I’ll start with the obvious statement,” said Cleary, “and say that whenever you see progress being made in one drug portfolio, it does have a bit of a halo effect because it helps move public perception a bit. There are acceptable forms of treatment beyond what they might have thought about. I think there’s a bit of a difference, and cannabis still struggles with this, between what is medically needed and what is therapeutic. Canada is still struggling. We’re way behind the United States in how we allow CBD to be used for specific indications. I think we’re a laggard in that regard.”

In regards to Health Canada’s current approach toward psychedelic assisted therapy, Cleary offered the opinion that the agency would likely prefer not to continue with one-off exemptions, and might soon look to establish a more robust framework.

“As Health Canada gets more comfortable on the risk front, public perception could push the regulation further as well.”