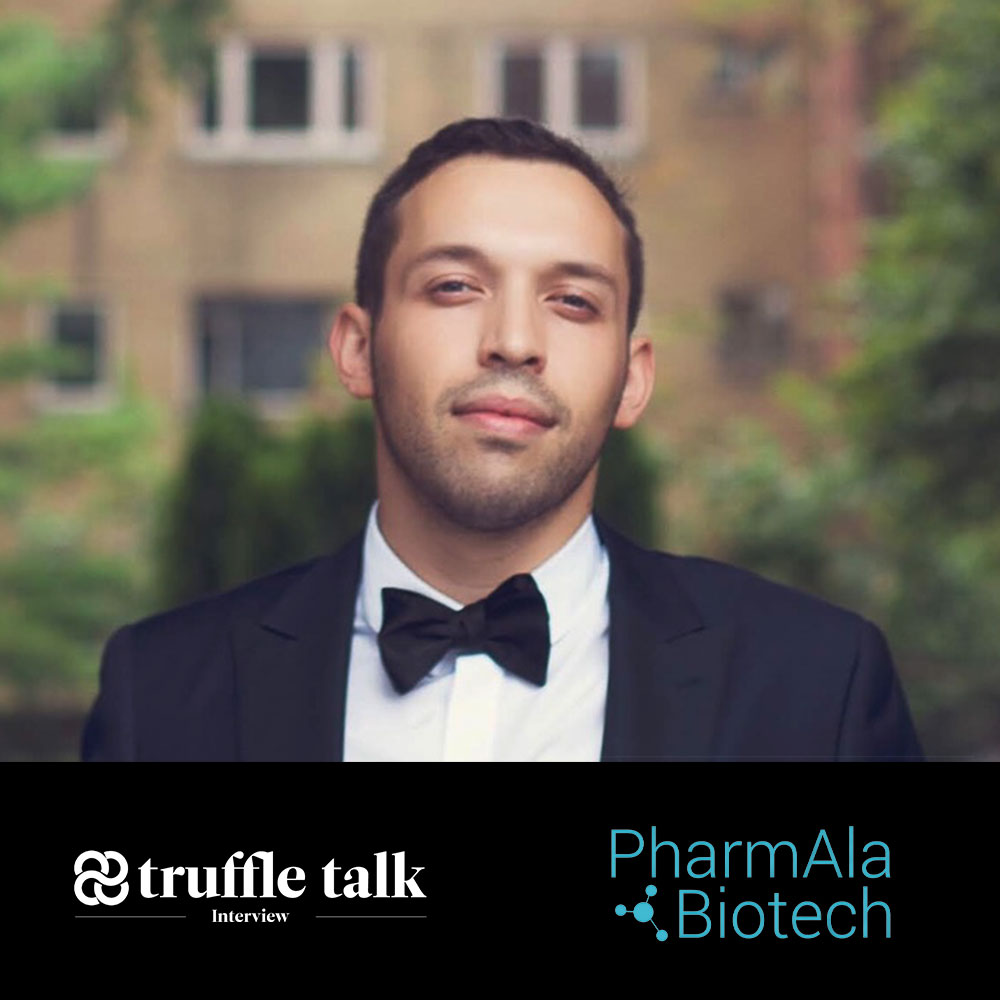 For the last ten years, Nicholas Kadysh has been working in the healthcare space as a regulatory and government relations expert. 2020 saw him join the board of directors at Psyched Wellness, a health supplements company focusing on the production and distribution of Amanita Muscaria, a legal psychedelic mushroom, to help draft their regulatory strategy. A year later, Kadysh struck out on his own as the founder of PharmAla Biotech, a company with the goal of advancing scientific research into MDMA.

“We as a company focused on the safety element of MDMA because we think that’s the best way to drive regulatory change, drive general societal acceptance, and help all the companies that want to explore clinical indications for the molecule,” said Kadysh.

“I fully agree that this is a brilliant molecule for therapeutic use. There’s a lot of different clinical indications that companies want to explore for MDMA. It’s interesting that the usefulness of the molecule for lots of people, in the psychiatric or neuropharmacologist space, was visible even in the 70s. There’s plenty of reports of psychotherapists using MDMA, very successfully in clinical settings, and generally just using the molecule before it was scheduled and made illegal to great effect. Rick Doblin has said that the big achievement that he hopes to get out of MAPS is not just proving that MDMA is useful for PTSD as a specific treatment, but it’s almost a political exercise, making sure that in popular society, people view it as less of a harmful drug and more as a useful molecule for preclinical purposes, and I fully agree with that,” he continued.

On Regulators, Safety, and IP

“I’ve got a regulatory background, and I try to look at everything through the same lens as the regulator,” Kadysh tells us. “Regulators view any drug product or any product in the health space through two lenses. They want to see efficacy: Does your molecule, or your drug, or your medical device do what you say it’s going to do? Can you prove that it does? The other one is safety. Everything has trade-offs and risks. What are the risks of using it?”

“I think most companies in this space are focused almost entirely on efficacy because they’re trying to prove that the molecule does something for a specific condition. We’re not focused on efficacy; we’re focused on safety. PharmAla’s IP is all around making sure that MDMA and other molecules in the class are less neurotoxic. We believe that it will expand the use cases for them significantly. If you can expand the safety of the molecule, you can expand the use of it in more cases,” he said.

“If we can get regulators to open their minds and see that drugs in the psychedelics category can be a great ally that can help people, I think that can have a remarkable impact on public health, both individually and in the aggregate. But if we want broad acceptance of the category, we don’t just have to focus on the regulators, we have to focus on everyday people. Regulators answer to politicians and politicians — at least in democratic countries like Canada and the U.S. — have to answer to regular people, voters. We [people in the psychedelic space] are eager for change because we see the results of all these studies come in, we believe in the potential of these molecules to help people. We’re hungry for change to come sooner. The average person who has no idea about psychedelics, all they know is that MDMA, as an example, is illegal. They think to themselves that there’s a good reason that it was made illegal in the first place. One of the things that we’re trying to do and one of the reasons that we’re focused on safety is if you want broader acceptance, if you want decriminalization of these substances, if you want more clinical indications to be approved, you have to move public perception. One of the ways we think we can do that is by generating data to prove the safety of these molecules and improving that,” said Kadysh.

What Does the Future Hold for PharmAla?

“On the financing side, we’re going to be going public this year. That’s a huge milestone, of course, We hope to have our first batch manufactured and start booking sales. Our entire goal is to supply the growing market. We plan to provide it to companies who want to explore clinical indications, to academics who have registered clinical trials, to clinicians who want to try to administer these substances to their patients, because they think they have clinical value. We’re planning to continue providing the scientific evidence that these molecules are safe and effective for those uses,” said Kadysh.