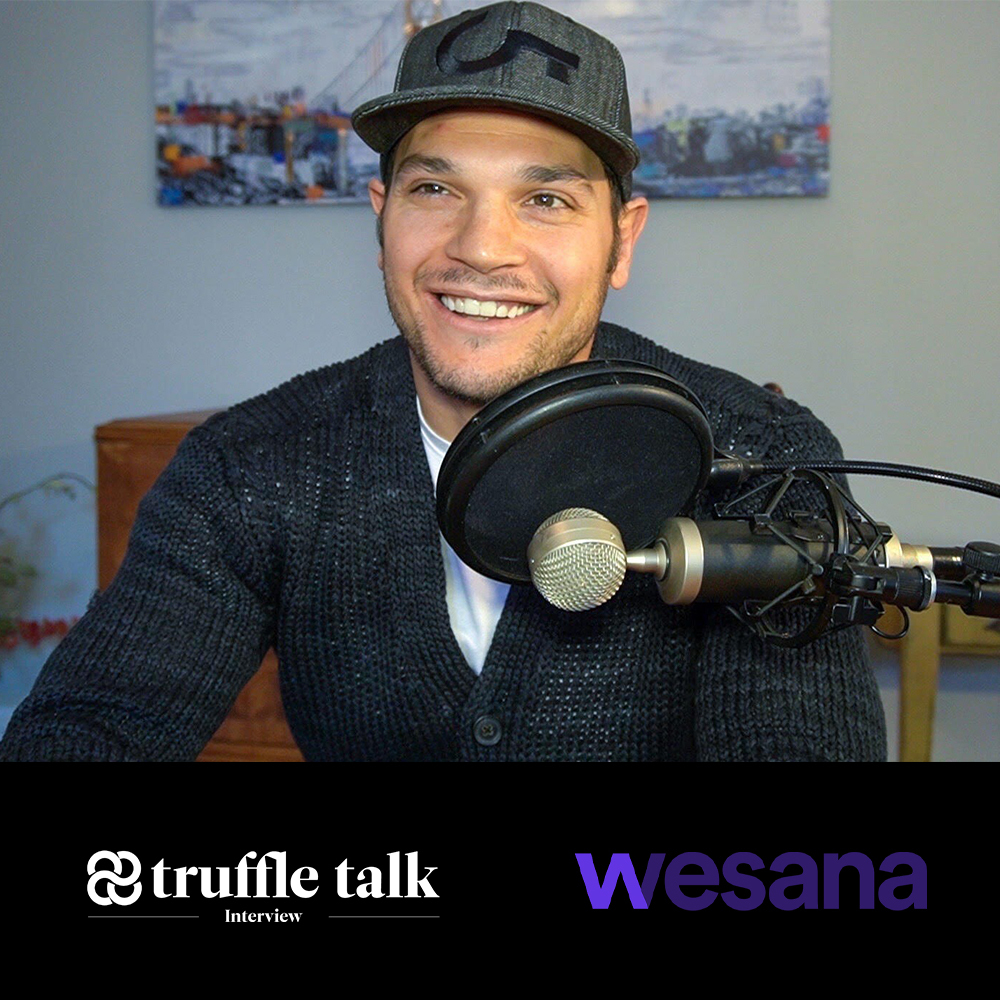 Daniel Carcillo of Wesana Health on Psilocybin for TBI

Repeated head injuries forced two-time Stanley Cup champion Daniel Carcillo into early retirement from the National Hockey League (NHL). Four years of failed treatments later, his symptoms persisted and he had made plans to take his own life before trying psilocybin. Now the founder and CEO of Wesana Health, a life sciences company investigating the use of psilocybin to treat traumatic brain injury (TBI), Carcillo tells Truffle Report about how psychedelic medicine aided his recovery and Wesana Health’s research.

A seventh diagnosed concussion sent Carcillo into early retirement from the NHL in 2015. He was only 30 years old at the time. Carcillo tells Truffle Report he retired from the professional hockey with a laundry list of symptoms and no help from the league. “I was dealing with light sensitivity, slurred speech, insomnia, impulse control issues, headaches, head pressure, anxiety, and depression,” he says. “I put my head down and became my own patient advocate. I went to concussion clinics, talked to the best pathologists, researched, tried sensory deprivation tanks, hyperbaric chambers, acupuncture, and functional neurology — after four years of trying all the options available to TBI survivors, I got to the point where I didn’t have anything else to try.”

Carcillo says he became hopeless and made plans to commit suicide. “Based on my brain scans and bloodwork, nothing was better, and that sent me into a deep spiral of depression and anxiety, and then ultimately I made plans to kill myself and unburden my family,” he says. “Luckily, a former teammate reached out and invited me to try psilocybin as a therapy to rewire my brain. This medicine helped me unlock innate love and caring for myself and helped me shift the perspective of my injury.”

Over the next 18 months, Carcillo continued with psilocybin therapy in various doses which he tracked with brain scans and bloodwork. “Six months in, all my symptoms were gone. A scan showed no abnormalities in my brain — structurally it had changed. It was an aha moment and the lightbulb went off,” he tells Truffle Report.

He says taking psilocybin helped him break up destructive thought patterns and set intentions to create new habits. “If you are experiencing depression or anxiety that’s a neurological loop, if you are experiencing addiction it’s a loop,” he explains. “The more you stay in these loops, the stronger these loops become and the harder it is to break them.”

“The key to TBI recovery is neurogenesis, the regeneration of brain regions and neural pathways within these brain regions, and that is what psilocybin promotes. What we’ve seen in some studies is that it can stimulate brain regions that have been shut down due to trauma.”

Carcillo says he wants to make it clear that he does not believe TBI patients have to choose between psilocybin and other treatment options such as sensory deprivation tanks or acupuncture. “These are still options for people and we have to talk about all options. While these methods didn’t have a meaningful impact on my recovery, they are still treatments that provide hope for TBI survivors,” Carcillo says.

The next step for Carcillo was creating Wesana Health, allowing him to bring a novel protocol he has developed through his citizen science-driven recovery to other TBI survivors. Carcillo tells Truffle Report that Wesana Health is currently completing preclinical work with plans to file its novel protocol with the United States Food and Drugs Administration (FDA) by Q4 of 2021.

“We have a really defined protocol I think can work for other individuals with emotional and physical trauma and we can back it up with the data we’ve already collected,” he says. “In a nutshell, it comprises a loading dose of psilocybin in combination with adaptogens, maintenance doses, and psychedelic-assisted psychotherapy. It is dependent on implementing other things into your life on a holistic level that can improve the efficacy of these medicines.”

In January, Wesana Health closed a $4 million financing round and on February 2 the company announced it had entered an agreement to complete a reverse takeover (RTO) of Debut Diamonds, a Canadian-based diamond exploration and development company. “We have a defined path forward with Stifel GMP taking through this RTO to be listed on the Candian Securities Exchange (CSE) sometime in April,” Carcillo says. “It’s an exciting time and the professional alliance we are putting together can only give confidence that we have the right capital behind us to execute on our gameplay.”

Carcillo says he plans to leverage his personal relationships with sports leagues and athletes in a bid to highlight how collision sports carry inherent risk and can damage players. He says since he retired he has not seen any improvement in the NHL’s approach to concussions. “It is still the last professional sports league in the world to deny a link between repetitive head trauma and neurodegenerative diseases,” he says.

A lawsuit involving more than 300 former players was first filed against the NHL in 2013 and was tentatively settled in 2018. “They are still fighting lawsuits against former players and it looks like they are more concerned about doing that than improving on their concussions protocols,” Carcillo says. “Leagues like the Ultimate Fighting Championship (UFC) and boxing have really progressive TBI protocols and it seems like they really care. They want their fighters to recover and be as protected as much as they can when doing a combat sport.”

Carcillo tells Truffle Report that he also wants to bring awareness and treatment options to the other major demographics of TBI survivors, those being veterans, survivors of domestic violence, and the elderly. “For every one National Football League (NFL) concussion, there are 7000 due to domestic violence. Through athletic stories and media, I want to make sure we are not overlooking these other communities and highlighting what this medicine can do for them,” he says.

Looking forward, Carcillo says his dream would be for a major research institution to conduct a TBI psilocybin study bringing together veterans, domestic violence survivors, the elderly, and athletes from major sports leagues such as the NHL, NFL, and UFC. “My goal when I started this advocacy journey six years ago was to help one person. Now when I look at this objectively for TBI survivors, I’m thinking about how to help millions,” he says.

If you enjoyed this article, check out Truffle Report‘s interview with Derrick Welsh of Revive Therapeutics here.