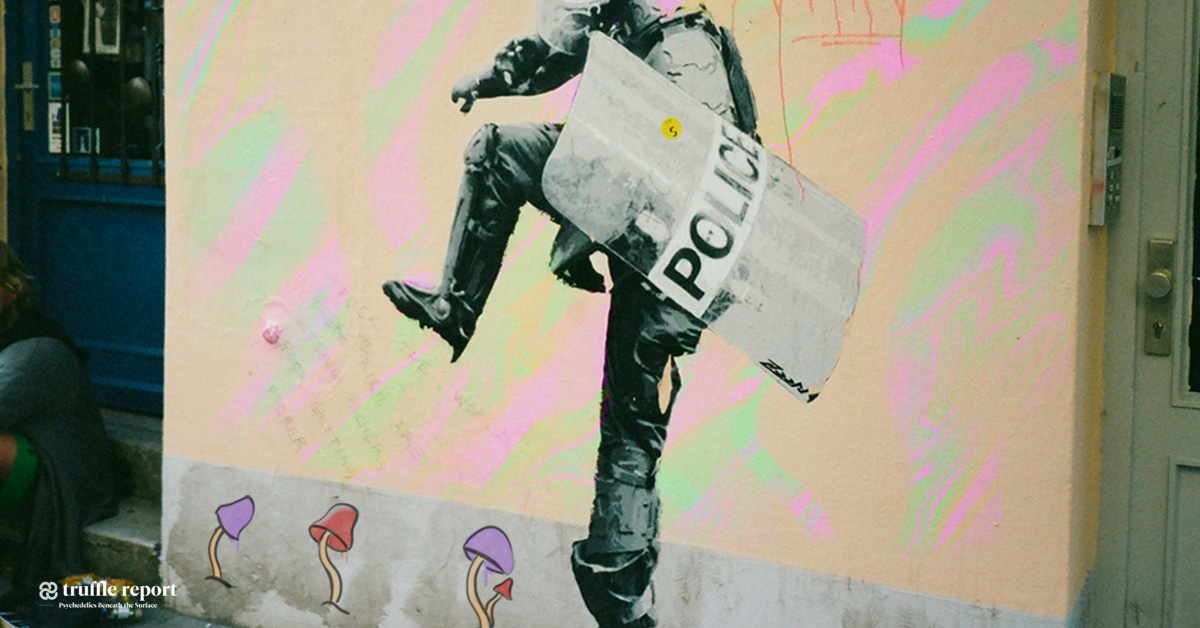 In a document published on Thursday, the U.S. Drug Enforcement Administration (DEA) has proposed a “significant increase” of the amounts permissible in the production of psilocybin, psilocin, cannabis, and cannabis extract — among similar revisions on many other substances — to meet the growing demand for research and clinical trials.

The DEA says that the adjustments in the existing amounts “are directly related to increased interest by DEA registrants in the use of hallucinogenic controlled substances” for research in the U.S.

While the existing amount quota for psilocybin is 30 grams, the proposed revised quota has been listed at 1500 grams, a significant increase. Psilocin, meanwhile, would move from 50 grams to 1000 grams. Quotas for research into other substances such MDMA and LSD would remain the same.

“DEA firmly believes in supporting regulated research of Schedule I controlled substances,” the document says. “Therefore, the APQ [Aggregate Production Quota] increases reflect the need to fulfill research and development requirements in the production of new drug products, and the study of marijuana effects in particular, as necessary steps toward potential Food and Drug Administration (FDA) approval of new drug products,” it adds.

While the DEA has previously responded to the rising research demands, and shifted their production quotas for Schedule I substances including cannabis, the national agency is now being asked to further act in line with the changing attitudes towards psychedelic substances and their potential therapeutic benefits.

The document is now available to “interested persons” for comments until October 4.

Recent years have seen an upsurge in experimentation with Schedule I substances for treating mental health issues, and other healthcare concerns. Not limited to scientific studies,  the momentum is also evident in local and state-level legislation to decriminalize psychedelics. The COVID-19 pandemic, meanwhile, has worked as a catalyst in recognizing trends towards worsening mental health concerns, causing a rise in demands for urgent assistance and intervention at the federal level.

Advocates have suggested multiple changes to the existing regulations on controlled substances to accommodate the evolving requirements, including expansion of production quotas for psilocybin and MDMA, and more research licenses to look into Schedule I controlled substances.

Dr. Mason Marks, in his paper titled ‘Controlled Substance Regulation For The COVID-19 Mental Health Crisis’, recommends short and long-term solutions to the ongoing crises in the healthcare sector. Marks is a Senior Fellow and Lead on the Project on Psychedelics Law and Regulations (POPLAR) at Harvard’s Petrie-Flom Center.

He suggests the de-scheduling of psilocybin, and the rescheduling of MDMA from Schedule I to Schedule IV under the U.S. Controlled Substances Act. He also writes that the FDA should grant Emergency Use Authorization (EUA) for the therapeutic use of psilocybin and MDMA-assisted therapy.

“Due to the urgent need for effective mental health treatments, the DEA should deschedule psilocybin, reschedule MDMA, and lift annual aggregate production quotas on these drugs,” he writes.

The growing awareness about psychedelic substances has led patients suffering from end-of-life distress to petition against the DEA for refusing meidcal access to psilocybin in the U.S. Court of Appeals for the Ninth Circuit.

In the ongoing lawsuit, two palliative patients have asked for access to psilocybin under the Washington State’s Right-To-Try law— enacted federally in 2018 that allows access to patients with life-threatening conditions to access eligible investigational drugs. Further developments are expected shortly.