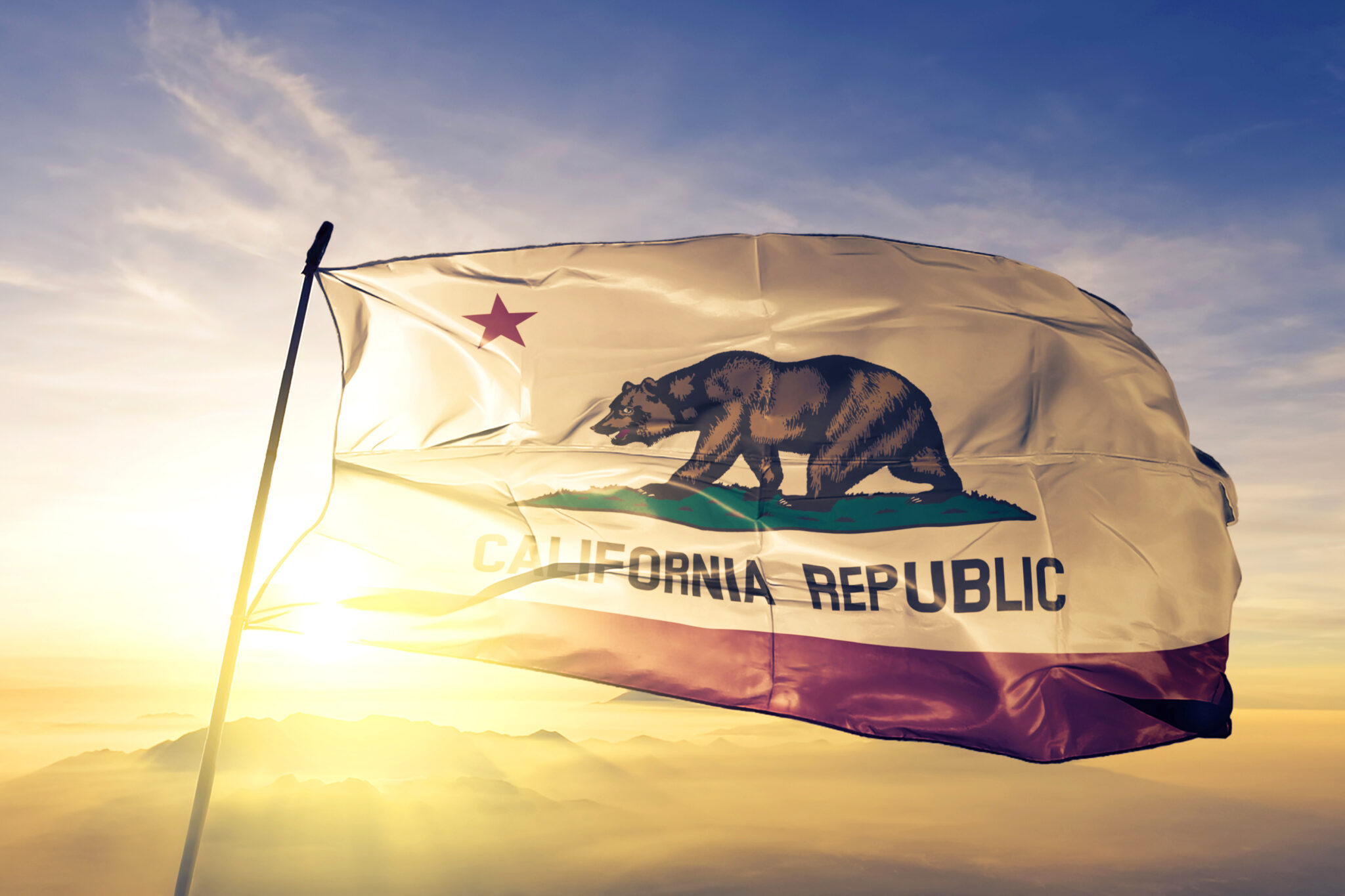 How California is Decriminalizing Psychedelics: A Recap

California is poised to end criminal penalties on simple possession of psychedelics as decriminalization bill SB 519 continues to progress through the state legislature.

Senator Scott Wiener’s (D) bill proposes to make possession of small amounts of psychedelic substances — including LSD, psilocybin, DMT, and MDMA — lawful for individuals 21 and over. Under this legislation, a California statute restricting the cultivation or transportation of psilocybin spores or mycelium “capable of producing mushrooms” would also be repealed.

First introduced in February, the bill — titled ‘Controlled Substances: decriminalization of certain hallucinogenic substances’ — has since made its way through multiple legislative chambers. The legislation was approved on the State Senate floor in a historic move, and is now being tested by committees in the Assembly.

While the bill is being co-sponsored by veteran service organizations — specifically the Heroic Hearts Project and Veterans Exploring Treatment Solution — Sen. Wiener has worked to bring together a board of activists, non-profits, and health officials including Bia Labate of Chacruna Institute, frequent psychedelic booster David Bronner of Dr. Bronners Soaps, MAPS, New Approach, and Decriminalize Nature for support and consultation on this monumental policy reform.

“It’s incredible that this bill has included consultation by so many different actors. Some of these voices are getting a bigger say than it’s been in previous drug reform policy settings. In sum, an exciting and unique slate of voices coming out together,” says Bia Labate, Executive Director of Chacruna Institute. “The currently proposed piece of legislation is quite progressive, and I am pleased to see it unfolding during my own lifetime,” she tells Truffle Report.

Soon after Oregon became the first state to legalize psilocybin for clinical use and decriminalize possession of all drugs in November 2020, Sen. Wiener announced that he would introduce a similar reform in the state legislature. “Cities like Washington D.C. and states like Oregon have led the way, and now it’s California’s turn,” he said.

“Growing scientific evidence shows that these substances have therapeutic benefits,” says the official analysis. “Criminalizing people for the possession or use of controlled substances is a failed policy approach, as it does not improve public safety, deter use, or help people who may be experiencing substance use disorder (SUD),” it adds.

The bill turned out to be an ambitious one. It was not centered around research into the medicalized use of entheogenic substances or chemical psychedelics, such as later state-level legislation passed in Connecticut and Texas. Instead, it entailed details of “social sharing” or “facilitated/supported use” of psychedelic substances.

Under the proposed reform, the State Department of Public Health would establish a working group to study the recommendations on a regulatory system for equitable access. It would consider available research on the safety, the efficacy of psychedelics for treating ‘PTSD, depression, anxiety, addiction and other mental health conditions.’ The findings would be due by January 1, 2024.

Clarifying Personal Use on the Ground

Wiener’s bill specifically outlaws incurring any financial gains from psychedelics. Personal use, in the bill, is defined as “noncommercial use by the person in possession.” Individuals 21 and over would be allowed to cultivate their own psychedelic substances and share for supported use with no intentions of selling.

The task force composed of activists and advocates consulting on this bill has been working on reflecting community needs in the state legislature. Oakland became the first city to make entheogens the lowest law enforcement priority in 2019, led by advocacy group Decriminalize Nature. Now, those who have seen the communities flourish under this past resolution are contributing to the new bill’s language to ensure equity and accessibility to plant medicines.

“For those who are practicing on the ground, we need to look at what they need to be safe and effective,” says Bob Otis Stanley, co-founder of Sacred Garden Community and former founding Chairperson of Decriminalize Nature. “We want people to be able to access these healing materials in a safe way, without fear, to be able to achieve the benefits that psychedelics can offer. We want them to be able to engage in religious practices,” he adds.

Stanley tells Truffle Report, “A big part of my job is to kind of go back into the community, share what is going on, and reflect what I understand of our community’s needs in the discussions.”

The Senator excluded peyote from the decriminalization bill, citing “the nearly endangered status of the peyote plant” and its significance in Native American spirituality. However, the indigenous community, including the Native American Churches and Indigenous Peyote Conservation Initiative (IPCI), have raised concerns over the language of the bill being counter-productive in preserving both the peyote cactus and the traditions surrounding it.

In the original text, Wiener’s bill also suggested expungement of the criminal history database and resentencing of those previously convicted of psychedelics-related cases. However, this clause was removed before the bill went to the Senate floor for a full vote. Wiener shared in a webinar hosted by Psychedelic and Entheogen Academic Council (PEAC) last month that the policy would add substantial cost to implementing the bill, based on a fiscal analysis.

Ketamine was dropped from the bill in June during the Assembly Public Safety Committee hearing, citing its use as a ‘date-rape drug’, which was the first big amendment.

Wiener stated during the hearing: “Ketamine has huge benefits in terms of treating severe depression, but we understand that there are concerns about it”. He continued, “In addition, it can be prescribed by a physician so we’re removing that from the bill in accordance with our discussions with the committee.”

In the following hearing at the California Assembly Health Committee in July, Sen. Wiener accepted the amendment to impose limits on possession of psychedelics. Advocacy groups, however, stood divided on this decision.

Decriminalize Nature condemned the discussion as a “backroom meeting”. It wrote in its press release, “against the wishes of Decriminalize Nature advocates, representatives of Multidisciplinary Association for Psychedelic Studies (MAPS) and the lobbying group New Approach PAC came up with a set of limits to recommend to the Chair of [the] Health Committee.”

However, other advocates have been supportive of the Senator’s approach towards the bill.

In a blog post, David Bronner, CEO of Dr. Bronner’s and advocate for this bill wrote that in order to advance the bill in the Assembly committee, “Senator Wiener’s office advised that we would have to drop ketamine and adopt personal possession limits.”

Bronner tells Truffle Report that, “We had to let go of ketamine. And then, on the issue of limits, we wanted to make the best of the situation and came up with a good approach with pretty high cut-offs.”

He adds, “We made clear in the language that someone who’s supplying for groups is able to cultivate and possess amounts of all individuals involved in the group.”

DN expressed its concerns that limits imposed on possession would disproportionately impact communities cultivating their own entheogens, for instance, in Oakland. “This would lead to arrests, particularly in communities of colour, who rely more on easy to grow, free to grow plant medicines,” DN’s Chair Carlos Plazola told Truffle Report in a previous interview.

Advocates are arguing that limits have been set high, and the state’s drug policy reform would not affect the resolution in Oakland.

“There seems to be some misunderstanding about the threshold amount language. The proposed language intends to accommodate certain ‘group uses’, for example, group healing and other collective uses,” Labate explains. “This language departs from recognizing the reality of drug use — which is often collective, without necessarily being ‘commercial’. As such, it seems to be an innovative and welcomed addition to the previous strict notion of ‘limits per person’.”

A Step Towards Broader Decriminalization

Sen. Wiener has expressed on several occasions that he eventually wants to work towards ending the criminalization of small amounts of all drugs.

While discussing the future of the psychedelics bill at the PEAC event, Wiener said that the psychedelic decriminalization bill was occurring at an intersection of two important needs: the War on Drugs, and mental health disorders.

“We should be decriminalizing possession and use of all drugs. We want to get there. This is a step there, just like cannabis was a step,” he shared.

SB 519 faces a tight timeline in the legislative sessions. After reconvening from the summer recess that ends on August 16, the bill will be assessed by the Assembly Appropriations Committee. If the bill passes by the end of August, it will head to the full Assembly vote before the end of the session on September 10. From there, it would be sent to Gov. Gavin Newsom for signatures. However, his stance on the bill is not yet known.

Simultaneously, Decriminalize California, a state-based advocacy group, recently submitted a petition to legalize psilocybin mushrooms via the 2022 ballot. If approved by the state attorney general’s office, the ballot would require 623,212 valid signatures within 180 days, starting in September.