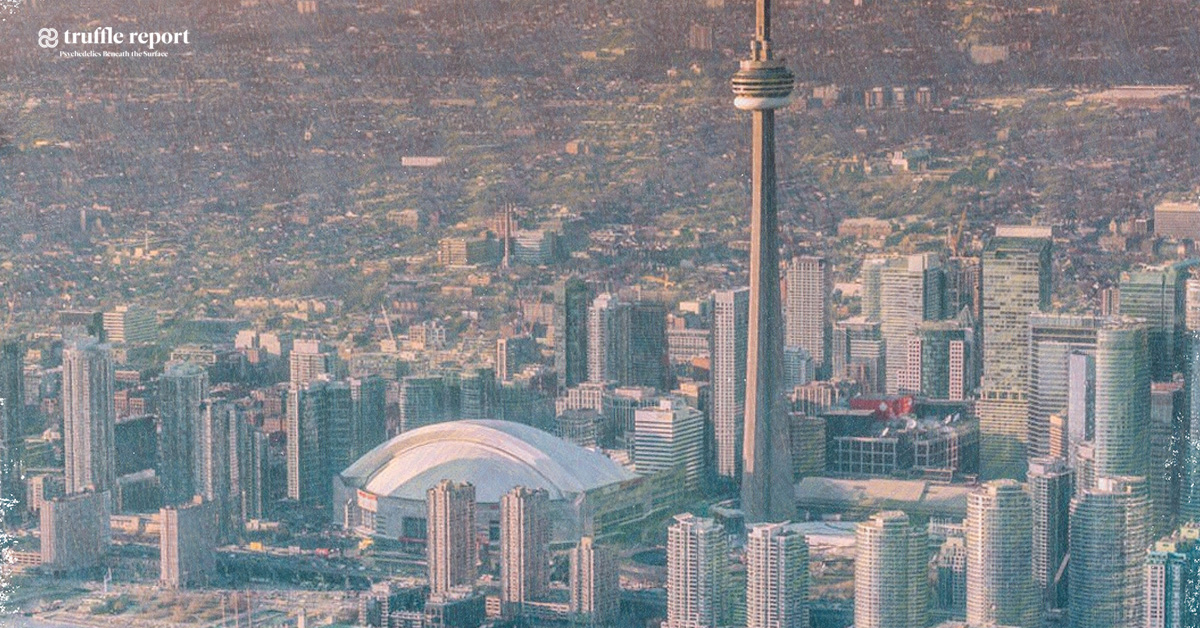 The possession of small amounts of controlled substances, including psychedelics, may soon be decriminalized in Toronto, Canada.

Canada has been at the forefront of the psychedelics industry for years, with many up-and-coming companies in the space such as Cybin, Field Trip Health, and Revive Therapeutics, all based in the country’s largest city, Toronto.

Now Toronto may also become a leader in drug decriminalization, with the city’s Medical Officer of Health, Dr. Eileen de Villa, recommending decriminalizing the personal possession of small amounts of not just psychedelics, but all drugs, in a bid to tackle the widespread opioid crisis.

In a report released publicly on Monday, de Villa also recommended the immediate scaling up of prevention, harm reduction, and treatment services as the incidence of both fatal and no-fatal drug overdoses continues to increase.

The Toronto Board of Health will consider the report at its next meeting on December 6.

If approved by the board, de Villa would be directed to seek an exemption from the Federal Government under Section 56 (1) of the Controlled Drugs and Substances Act (CDSA) to allow people within Toronto’s geographical borders to possess small amounts of drugs for personal use without facing criminal charges. Drug trafficking, including production and sale, would remain illegal.

After Vancouver, this would make Toronto the second major city in Canada to seek such an exemption. Vancouver’s City Council unanimously decriminalized the simple possession of illicit drugs in November last year. The city filed its final decriminalization proposal with Health Canada in May, but it is yet to be approved.

There is an urgent need for a new approach to drug poisoning in Toronto, a crisis that appears to have been worsened by the COVID-19 pandemic. Data shows that, tragically, 531 residents died from opioid toxicity deaths in 2020 — an 81% increase when compared to 2019.

“The status quo approach to the drug poisoning crisis is not working,” de Villa said in the report. “There is an urgent need for a comprehensive public health approach to drug policy that removes structural barriers to healthcare and social services, provides alternatives to the toxic drug supply, and enhances and expands services to improve the health and wellbeing of Toronto’s communities.”

The report also recommended allocating funding to the Toronto Drug Strategy Secretariat to support the enhanced use of an overdose alert app, and to expand injectable opioid agonist treatment to help more clients through increased program hours and capacity.

If approved, how this move will affect the city’s psilocybin grey market remains to be seen, but it’s possible that current cannabis hotspots such as Queen Street West and East, The Junction, Dovercourt/Bloor, and Centennial Mall will also become home to psilocybin dispensaries. While not legally allowed to operate in Canada while psilocybin remains a Controlled Substance under the CDSA, magic mushroom dispensaries are reportedly operating in Vancouver illegally but openly.