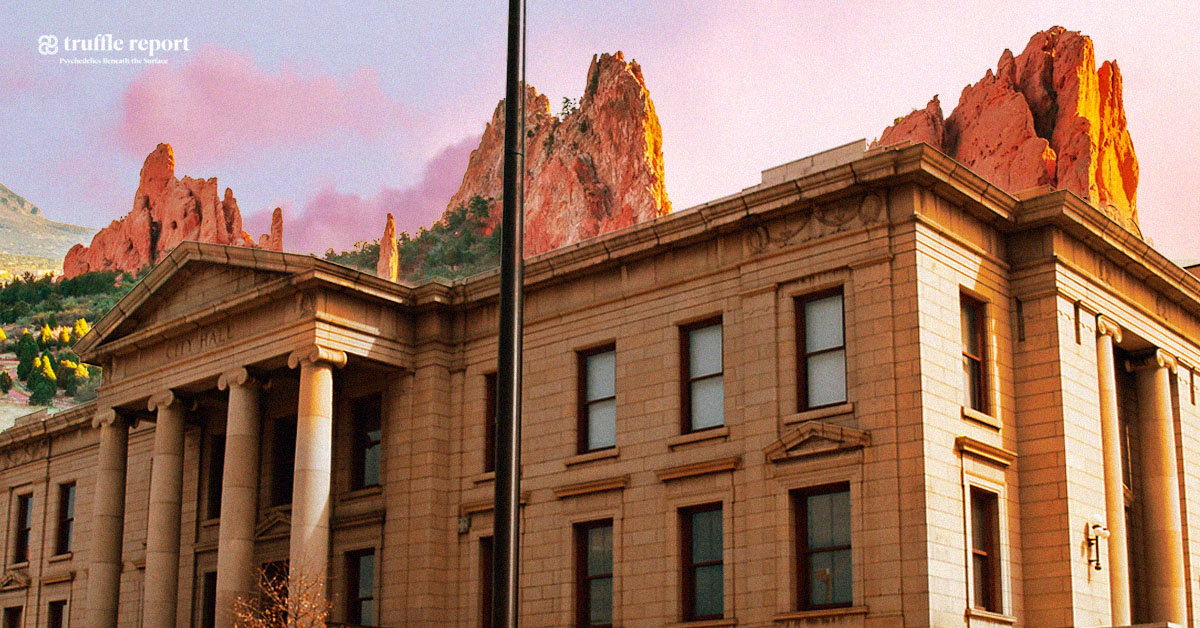 The resolution, currently being considered by the Colorado Springs City Council, asks the council members to make the possession of entheogenic plants and fungi the lowest law enforcement priority for those aged 21 and over “for mental health reasons under the supervision of a doctor, hospice or mental health professional.”

“I went to Afghanistan in 2011. There, I got blown up, and [developed] PTSD, which shaped how I dealt with things when I got out of the army,” Caballero said.

He continued, “I had some issues. There was something going on with me and I didn’t want to admit it. And then slowly, I began to understand that something had to be different for me to get better and that was finding psilocybin mushrooms.”

Colorado Springs’ resolution notes that the veteran population of 53,696 individuals in the city is “known to suffer from conditions such as addiction, suicidality (El Paso county ranks highest in the state) and depression” adding that psychedelic substances can provide an alternative solution to the mental health crisis.

“Not only did I find a lot of help from it, but I also wanted to tell everyone in the community about it,” Caballero told Truffle Report.

“But in January of 2021, one of my friends that I went to Afghanistan with killed themselves here in Colorado Springs. That was really the catalyst for me, starting this group and starting to speak with the city council,” he added.

The resolution suggests that the city welcome information from community health partners including Family Care Center, UCCS Veterans Health and Trauma Clinics, and the Veteran Suicide Prevention Pilot Program, as well as harm-reduction specialists/educators on the use of entheogens such as the Multidisciplinary Association for Psychedelic Studies (MAPS).

Denver, Colorado activists recently submitted their 2021 Comprehensive Report to the city council suggesting to “make the communal use of psilocybin among the lowest law enforcement priorities.”

The city voted to decriminalize psilocybin in 2019 — a first in the U.S. following which, the Denver Psilocybin Mushroom Policy Review Panel was established.

“It’s a really pivotal part because the Springs has a very large amount of their population that are veterans and active-duty military,” said Kevin Matthews, founder of Vote Nature, who is leading the expansion initiative for psilocybin in Denver.

“It will create more precedent, with another city in Colorado, where psychedelics have been decriminalized, and will certainly help bring more awareness to this issue for Coloradans in general, and nationally,” Matthews tells Truffle Report. “It’s a big opportunity especially to see what’s possible in this context, in a more conservative country, which the Springs certainly is.”