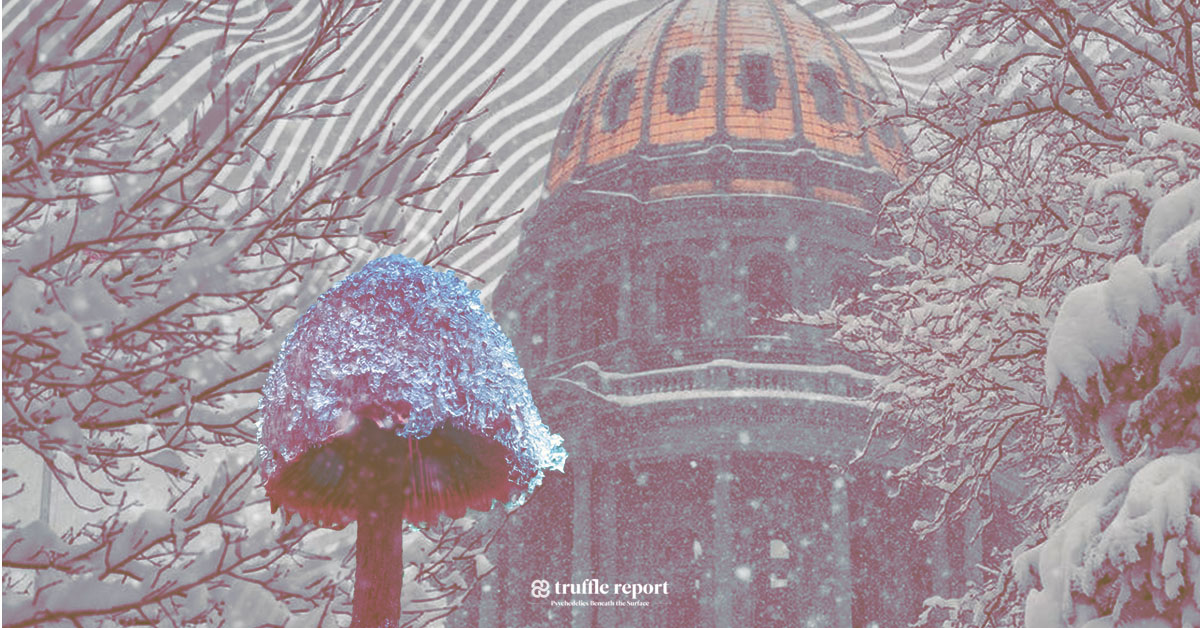 Denver took another important step in furthering its decriminalization of psilocybin on Tuesday, after psychedelic advocates and members of the Denver Psilocybin Mushroom Policy Review Panel (DPMPR) submitted the 2021 Comprehensive Report to the city council.

In a 56-page long document submitted to the Denver City Council’s Finance and Governance Committee, the DPMPR panel members emphasized the expansion of decriminalization for gifting and communal sharing of psilocybin mushrooms. The panel asked the city council in its report to “make the communal use of psilocybin among the lowest law enforcement priorities.”

The panel recounted that there was “no major increase in arrests related to the distribution of psilocybin mushrooms and no major cartel elements or organized crime” since psilocybin was decriminalized in the city two years ago.

The report said that most individuals questioned set a positive intention prior to use and reported using psilocybin mushrooms for self-exploration and mental health, according to limited and preliminary university-level observational research for Colorado.

Kevin Matthews, founder of Vote Nature, who is spearheading the expansion initiative, and earlier led Decriminalize Denver’s effort which resulted in the historic decriminalization of psilocybin in 2019, said: “Our panel recently concluded that decriminalizing psilocybin mushrooms in the city and county of Denver has not since created any significant public health or safety issues in the city.”

The Denver Psilocybin Mushroom Policy Review Panel was established by the city after a voter-approved initiative (Initiative 301) made psilocybin the lowest law enforcement priority in May of 2019 — a first in the U.S.

With the motto ‘democratize psychedelic reform’, Matthews and other panel members, recommended “That we would like to train all city and county of Denver first responders on psychedelic crisis intervention. We’d like to establish a data collection reporting system for ongoing public safety monitoring and considering safety and responsible use,” said Matthews during the press conference.

The panel voted in September 2020 to collaborate with the Multidisciplinary Association for Psychedelic Studies (MAPS) to train first responders. Since then, MAPS has been working with first responder departments of the City and County of Denver to develop a psilocybin harm reduction training initiative.

The training has been in the pilot phase since August 2021. Once complete, MAPS will present its findings to the panel, and “the panel will evaluate the findings as well as assess the public safety value delivered by the MAPS training before making recommendations on next steps,” the report says.

Initial pilot training for Law Enforcement and Emergency Medical Services are expected during Q4 2021 with Mental Health and Emergency Services to follow.

“Denver is the only city in the country where our psilocybin law is a part of our Human Rights Code,” Matthews said. “We all firmly believe that it is our absolute human right to use these naturally occurring medicines that have already demonstrated so much therapeutic potential and which have been used responsibly with reverence and ritualistically by humanity across the entire world for millennia.”