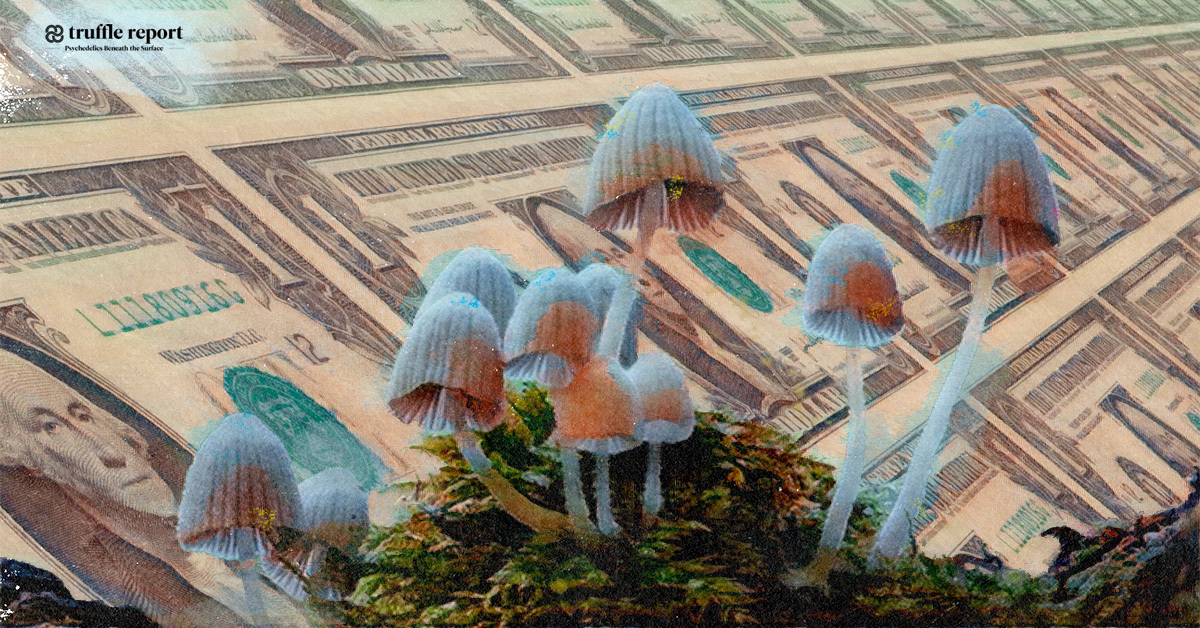 Problems in the Financial Future of Psilocybin Treatments

The possibilities of medical treatment with psilocybin mushrooms have expanded greatly over the last several years. Accordingly, financial concerns from existing users have arisen about how this may impact the cost of psychedelic mushrooms and, by extension, their accessibility to people who may need them. It isn’t hard to see why —there are many examples of natural medicines and products becoming more expensive as they become part of the mainstream economy. Reportedly, researchers must pay $7,000-$10,000 per gram of isolated, extracted psilocybin.

With numbers like this, our concern is access. Psilocybin will likely be prohibitively expensive. How can this problem be mitigated?

This is a complex issue. Despite what you might think on seeing that admittedly high figure for a naturally-occurring substance, it doesn’t necessarily boil down to corporate financial greed. The economics of other products, such as cannabis, ayahuasca, and alternative medicine reveal a host of issues that may end up paralleling novel psilocybin treatments.

The Cost of Natural Health Products

The cost that you associate with alternative care depends largely on where you live. Since it remains largely privatized, most people must pay for it out of pocket unless it is covered by insurance. In countries like Canada, with universal health care, this can make alternative health care seem like a more expensive option than the conventional approach. On the other hand, natural health products tend to be less expensive than conventional treatments due to their preventive nature and lack of reliance on expensive technologies —so in countries like the United States, where healthcare is not universal, alternative medicine can actually be more economical for consumers than conventional medicine.

Research funding for NHPs tend to be more limited than conventional medicines due to their relative lack of existing clinical evidence —evidence which cannot be provided without further research, which can be quite costly. Because of this cycle, the costs of alternative medicine remain unsubsidized and the patient must foot the bill. In countries with universal health care, this limits the wide and varying umbrella of alternative care only to those who can afford it.

In this instance, we see how unsubsidized health care and prohibitive research costs can lead to increased consumer expenses.

The Cost of Neo-Ayahuasca Retreats

The eye-opening experience of an ayahuasca retreat has become increasingly sought after by those in the West. Whether as a treatment for addiction or to gain a new perspective on life, these rituals have grown in popularity. It is still illegal in many countries though, so participating in an ayahuasca retreat involves travel costs. The retreats themselves may cost between $100-$300 per day, and generally last up to a week or more. These costs cover accommodations, wages for the shaman (or vegetalista) and other employees, excursions, activities and any spa treatments that are included.

While reports have surfaced of shady ayahuasca practitioners, this is definitely not always the case. In retreat centres that are above-board, these costs ensure fair wages for those who are locally employed —an investment into a local economy and in the best cases, environmental conservation. Harvesting plants used for the brew in a sustainable way can be costly too. The responsibility is left to the consumer to research and support these businesses.

For ayahuasca, reciprocity and fair wages are a source of expense —as well as travel. While justified, it mostly limits ayahuasca treatment only to those who have several thousand dollars to spare.

There are several reasons for the financial discrepancy between legal and illegal cannabis. The black market can lower its prices to remain competitive and can skirt the costs necessary to comply with government oversight. For large-scale legal producers, growing can be labor-intensive with expensive operating costs and they are subject to sales taxes. Hexo Corp., a Quebec-based legal cannabis producer, was able to offer its “Original Stash” variety at $4.49 per gram, partly due to lower electricity costs in Quebec.

In this case, operating costs and the financial rigors of meeting government standards increase the price of legal cannabis. Conversely, the competition between the legal and illegal markets seems to have driven down the prices of both.

It may be inevitable that integrating psilocybin therapy into mainstream medicine will be a costly endeavor. Mainstream medicine is subject to research costs, operating costs, official oversight, taxes, and ethical obligations on a scale that illegal operations are not.

Does all of this mean legal psychedelic therapy will be accessible to those in need? Only time will tell.

Update 04/09/2021: For more information on how novel production methods might help mitigate the cost of psilocybin therapies, check out Medical Psilocybin: Cost and Production Methods