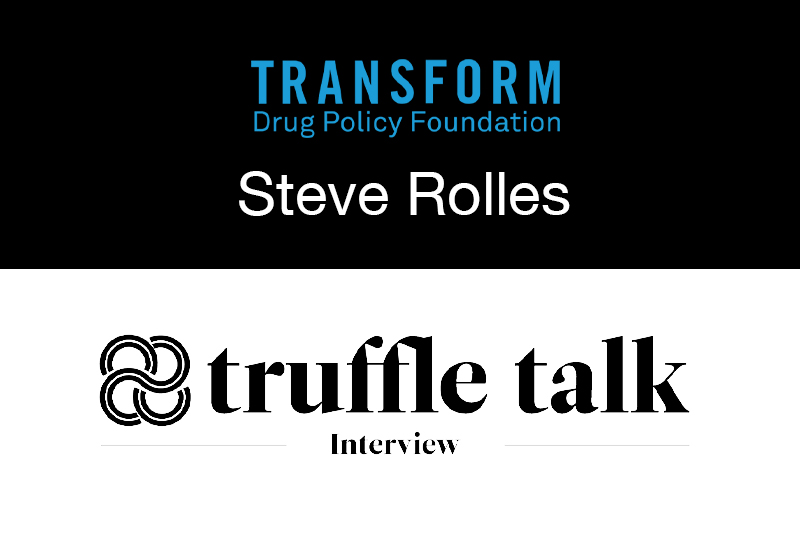 As the United Nations downgrades cannabis under the 1961 Single Convention on Narcotic Drugs, it has raised the hopes of many advocating for wider global reform of drug policy.

After a recommendation by the World Health Organization, cannabis was reclassified on December 2, 2020, under Schedule IV. It seems like a long-overdue decision, coming after many US states, as well as countries like Uruguay and Canada, have already moved to legalize marijuana. It’s important to note that the UN has refrained from commenting on the recreational use of cannabis, while acknowledging the medicinal values of the substance.

“The foundational 1961 UN Convention that established global prohibition was being drafted in the 1940s and 50s. The system has remained essentially unchanged in over 60 years – despite us living in a very different world. It is a horribly outdated and broken legal framework that has delivered the exact opposite of its stated goals for generations” says Steve Rolles, senior policy analyst with Transform Drug Policy Foundation. Rolles has been an adviser for the Uruguayan Government in developing their cannabis regulation policy, and also shared his expertise with the Canadian Task Force on Cannabis Legalization and Regulation in 2018.

Transform Drug Policy Foundation was formed in 1998 by Danny Kushlick before drug policy reforms were prominent in mainstream political rhetoric. Over 20 years, the organization has actively critiqued the failings of the war on drugs and advocated for drug policy reforms globally, including developing detailed models for legally regulated drug markets as the logical alternative to failed prohibitions.

There has been a remarkable shift in UN policy thinking on drugs in the past decade. UN agencies, notably the WHO, the UN Office on Drugs and Crime, and the Office of the High Commissioner for Human Rights have begun to address the drug crisis as a human rights and healthcare issue, rather than looking at it through a policing model. “Policymakers have to deal with the reality of the world they live in, not some imagined fantasy land. And the reality is that drugs are here, and millions of people choose to use them, whether we like it or not. Whether we morally approve of the use of drugs on a personal level, as pragmatic policymakers, we have to deal with it – we can’t just wish it away, and history shows we certainly can’t get rid of it with enforcement,” Rolles says.

Clearly, the UN’s 1998 slogan ‘a drug-free world: we can do it!’ and the associated goal to eradicate drugs from the world by 2008 has been an utter failure. “Prohibition has only served to empower organized crime groups and increase the risks associated with drugs —both to users and the wider community,” Rolles says.

At the same time, the bold decriminalization model famously implemented by Portugal has set a precedent for taking a different course. Instead of focusing on an ideological ‘war on drugs’ enforcement response, they have reoriented towards a pragmatic, evidence-based public health outlook with dramatic and positive outcomes. UN member states are exploring reform in greater numbers —both in decriminalization of people who use drugs, and legalization and regulation of previously prohibited substances.

Now, as the drug war consensus continues to crumble and public opinion shifts decisively towards reform, the question is not ‘If’ but ‘How’ to regulate drugs responsibly; working through the detail of what a post-drug war world might actually look like.

There’s a growing need for a systematic reformation at the international level, and now that we are seeing a massive shift in mindsets, it’s important to carve out possible ways of amending the current international drug policy.

Rolles notes that instead of prohibiting drugs, the international drug control framework needs to allow flexibility for member states to explore options for legally regulated markets and provide guidance on best practices, as they already do for legal drugs such as alcohol and tobacco.

While tobacco cigarettes are demonstrably harmful to human health, the market for tobacco is legal and controlled in the form of taxes and price controls, age restrictions, and controls on packaging and marketing. Moreover, we’ve seen massive public education campaigns about the health risks of smoking. As a result, the developed world has seen a remarkable drop in smoking rates over the past few decades. At the same time, the use of illegal unregulated drugs and related health harms have been rising. “We need to apply the same pragmatic public-health based regulatory logic to all drugs if we want to begin to tackle the challenges we are facing,” he tells Truffle.

Rolles believes that reforms begin with acknowledging that criminalization and punishment are blunt and futile tools when it comes to encouraging responsible health behaviours. Not only are they ineffective but also actively increase risks and drain resources from proven health interventions. “We don’t criminalize people for other risky behaviours like unhealthy eating, unsafe sex, or risky sports, instead, we manage risks and support people to make responsible choices,” he adds.

What Does This Mean for Drug Policy Reforms and Psychedelic Reforms?

“At the moment, the focus of reforms is very much on the medical use of psychedelics, in some way mirroring the trajectory of cannabis reforms. This is a distinct policy challenge to recreational use, and we need to be careful to not confuse the two, Rolles says, continuing, “But both clinical therapeutic use of psychedelics and more informal quasi-medical use— what we might categorize as wellness— take place within a decriminalized framework. It might also create a space for a more rational discussion about how a regulated retail psychedelic market might function.”

Referring to the 1961 UN Single Convention, Rolles further notes that treaties only apply blanket prohibitions to production, supply and use for recreational use. “Medical and scientific uses are specifically allowed for any drug – in any schedule – even if they are subject to different levels of supervision. Even if the global war on drugs had a chilling effect on research, there has never been a general prohibition on the medical use of psychedelics — that [was] political decisions by individual member states,” he explains.
On plant-based psychedelics specifically, Rolles shares, “They have been defined ambiguously in international law. The active drugs including DMT, psilocybin, and mescaline are all placed in the most strictly controlled Schedule I, but the treaties are more ambiguous about the plants themselves. The formal commentary on the treaty notes that plants themselves are not specifically within Schedule I. The drafters clearly understood that it was impossible to prohibit multiple species of plants that grow, in many cases, abundantly across the world.”

He continues, “The 1971 UN drug convention additionally notes that certain ‘magical or religious rites’ can be exempt from the international controls by member states – but this is very loosely framed and may allow a certain amount of wriggle room for reform-minded states,” while explaining how indigenous communities are allowed to practice their faiths.

How Will This Work With the UN?

There are opportunities for changes in the scheduling of psychedelics at the UN level, But Rolles is cautious on this point. “It’s very obvious that the classic psychedelics are misclassified at the UN level but changing this would require a WHO review which seems unlikely in the short term. [It would require] recommendations for rescheduling, which is by no means certain, and then a vote by member states to accept a rescheduling recommendation which is highly unlikely,” he comments.

Looking at the current psychedelic reforms in several countries and jurisdictions, Rolles says, “I don’t think, realistically, that we should be looking to a malfunctioning UN drug control system to lead any kind of psychedelic renaissance. If anything, a bottom-up process of local and national reforms may be what forces a wider modernization of the global drug control regime.”

If more powerful member states like Canada or the U.S. started to lobby in the UN for rescheduling or classifying certain psychedelics “merely tabling the idea in the UN would be an important step in opening up the global reform debate, even if the actual reforms proposed remain distant,” he adds.

“Traditional or ceremonial use of psychedelic plants amongst indigenous communities could be one avenue to explore as there would appear to be a contradiction between the drug convention and the indigenous rights convention. This could be important, but again we need to be cautious in suggesting. [This] can be applied to psychedelic policy and law more broadly and some would argue the conventions already provide for such an exemption,” he shares.

Rolles shares that there are possibilities for systematic changes at the UN level but it’s hard to get consensus when there is such a wide polarisation within the UN member states.  There are countries divided between hardline prohibitionist groups like Russia, China and most of the Middle East, and more pragmatically oriented reformists like much of the EU, Latin America and Canada.

There is a lot of uncertainty about how UN level reforms will play out in the longer term. Rolles adds, “If enough countries defect from the core prohibitionist model, it seems inevitable that some sort of modernization process will be needed to avoid a total system collapse.” As seems increasingly likely, if the U.S. moves to legalize cannabis federally— joining Canada and Mexico— This could be the final nail in the coffin for the global consensus on prohibition.

“An entire continent would be defying the central tenet of the treaty framework —forcing a rethink that could have much wider repercussions in terms of wider reforms,” he concludes.

All 31 UN agencies came to a common position on drugs in March of this year, supporting the decriminalization of drugs, or more specifically calling on member states to end the criminalization of people who use drugs.

“Just because the more enlightened UN agencies have made a strong call for health and human right based drug policies, it doesn’t mean all UN member states will immediately take up that advice. It’s a positive development, but drug policy, at both national and international level have always been caught up in a series of other political and geopolitical agendas which have nothing to do with drugs,” Rolles expressed his concerns.

While there’s a long way to go, Rolles shares his optimism on the journey to redirect the war on drugs. He says, “The war on drugs has been part of the political landscape for over 50 years and it will take a generation to unravel it. We will have a series of incremental wins and we can already accelerate these, but we need to be patient and apply ourselves. There’s still an awful long way to go.”