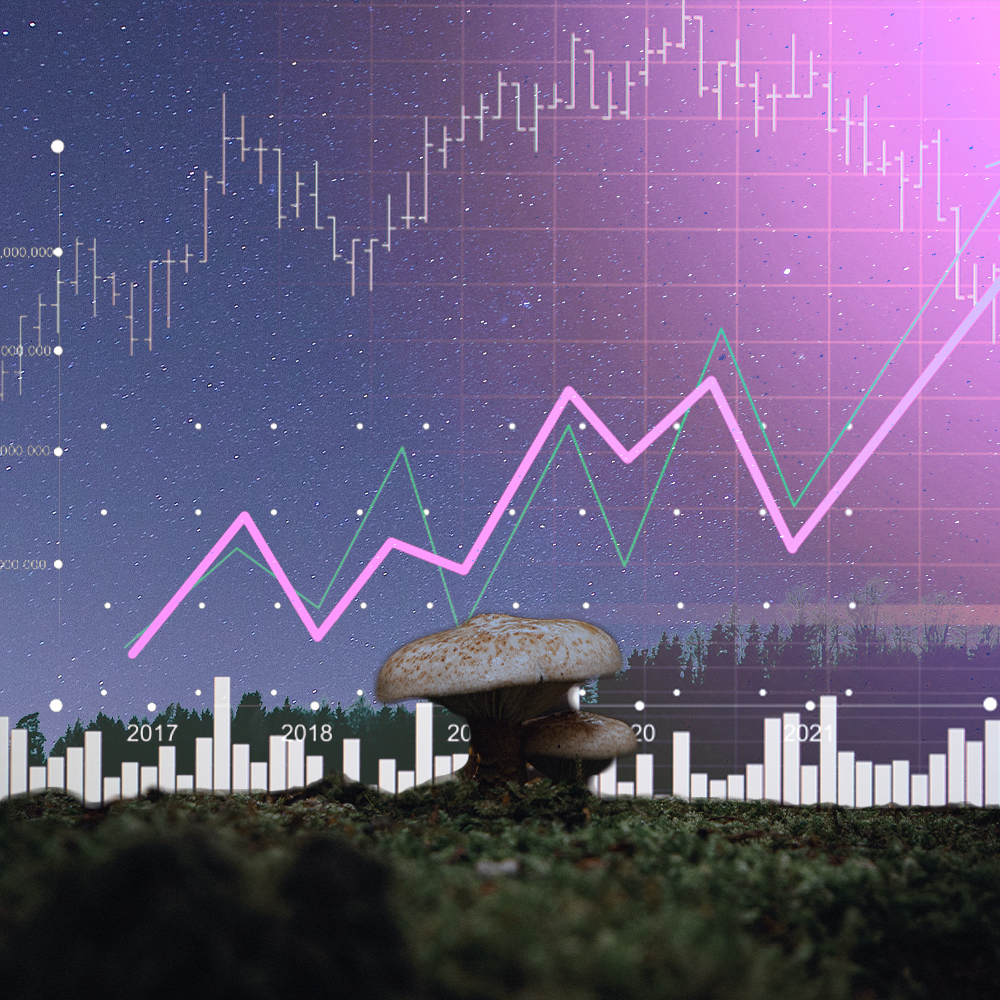 The world’s first psychedelic stock ETF (exchange-traded fund) managed by Canadian financial services company Horizons ETF Management will begin trading on Wednesday, January 27. The ETF will be traded on the Canadian NEO exchange under the ticker PSYK. The base currency will be Canadian dollars and investors will be notified if the ETF lists in USD prior to the applicable listing date.

In a preliminary prospectus document released on December 24, Horizons said the ETF would be an open-end mutual fund trust established under the laws of Ontario. The company said the ETF would include “a basket of North American publicly-listed life sciences companies having significant business activities in, or significant exposure to, the psychedelics industry.”

Which Psychedelic Stocks will be in the ETF?

A total of 17 North American life sciences companies have been included in the initial ETF portfolio. These companies form part of the North American Psychedelics Index, provided by German index provider Solactive, which underlies the PSYK ETF. They are:

In a statement, Havn Life Sciences CEO Tim Moore welcomed the company’s inclusion in the ETF. “Our team is excited to be included in Horizons Psychedelics ETF, which will allow Havn Life to become visible to and available to a wider investment community. This is an opportunity to provide added shareholder value as we continue to execute our operational milestones,” Moore said.

MindCure president and CEO Kelsey Ramsden said in a press release the ETF was a milestone for the industry “as we continue to explore, develop and commercialize products to give hope and healing to a world in pain and suffering from a mental health crisis.”

In a statement, Mydecine co-founder and CEO Joshua Bartch added “together, with these 17 companies, Mydecine is helping to build an industry that is investing in and researching innovative solutions for treating previously untreatable mental illness.”

“We are honored that we are included, and we are also mindful that this now gives more people, who may be new to the space, the ability to access and diversify their investments. By having exposure to many different companies with solid fundamentals, but different approaches, philosophies, indications, and technologies, is healthy for investors in the industry,” Bartch said.

In its preliminary prospectus, Horizons said the psychedelics ETF would be rebalanced quarterly and a company would be deemed eligible for inclusion if it was:

Launched in Toronto in 2005, Horizons is a wholly-owned subsidiary of Mirae Asset Global Investments, a Korea-based asset management entity of Mirae Asset Financial Group. It currently totals more than $16 billion (CAD) in assets under management and has 93 ETFs listed on Candian stock exchanges. It is the fourth-largest ETF provider in Canada and previously brought the first cannabis industry ETF to the market in 2017.

Horizons declined Truffle Report’s request for an interview about the upcoming psychedelics ETF, stating that because they were in a regulatory “quiet period” they would not be making public comment at this time.

Update 24/2/2021: read about the fast-tracking of Mindset Pharma and Novamind to be included in PSYK here.