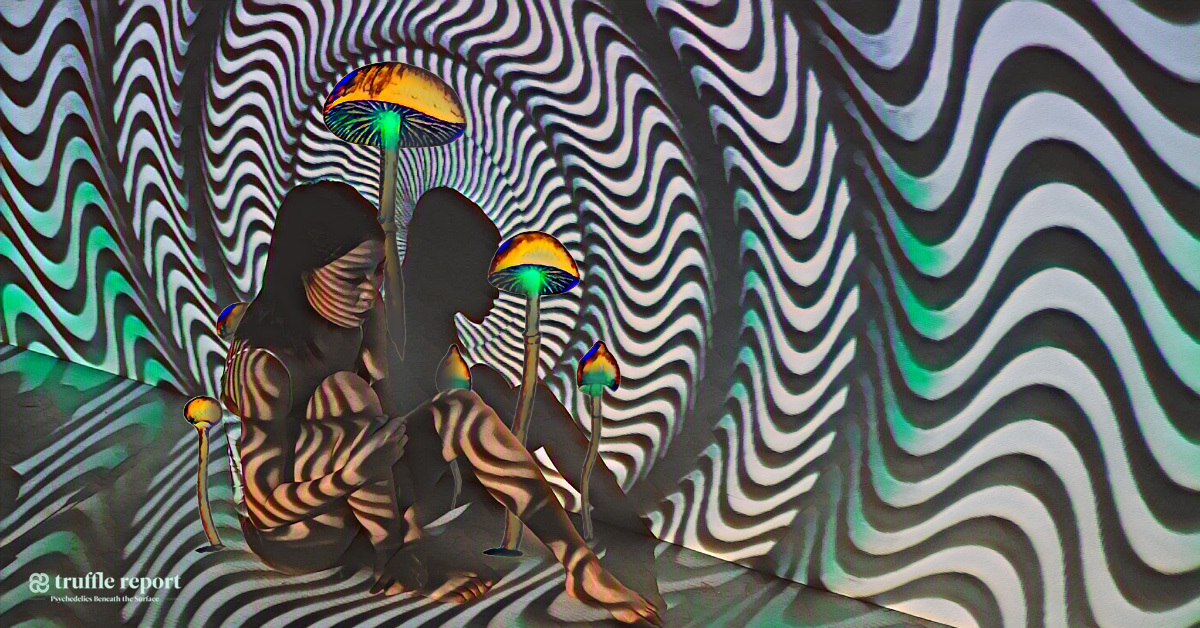 As psilocybin continues to enter the mainstream with recreational use, as well as new research and therapies, it’s pretty safe to say we have a solid grasp on most of its effects on the body. These may vary on occasion, but an experienced psilocybin user typically knows what to expect. There is one phenomenon that occurs so sporadically that nobody can quite explain why it happens at all. Wood lover’s paralysis is a temporary condition that rarely affects individuals who take psilocybe mushrooms — so it can be pretty shocking to the sufferers when it does. What are some of the theories behind WLP occurrences and how much water do they hold?

What we do Know About WLP

The name wood lover’s paralysis derives from anecdotal reports that suggest exclusive occurrences brought on by mushrooms that grow on wood. Many of the reported instances of WLP are from Australia and New Zealand. Two varieties of mushroom that exist throughout these countries and which seem to produce WLP experiences are Psilocybe cyanescens and Psilocybe azurescens, although several other species have been reported to do so as well. The common elements are:

Psychedelic Review notes that it is distinguishable from the effects of “body load” symptoms. “Body load” creates a heavy feeling in the extremities but does not result in a loss of motor control or function.

By now you may be noticing that nearly all of these observations are based on anecdotal evidence. This is because there still hasn’t been any scientific research into the phenomenon, so current knowledge relies heavily on internet reporting.

One of the existing theories regarding the cause of WLP is that it is an extreme symptom resulting from a high dose of psilocybin mushrooms. However, this theory does not explain why WLP seems to occur mostly in Australia and New Zealand, nor does it account for the reported instances of people experiencing it even when taking low doses of mushrooms.

Another theory suggests that WLP is a result of either histamines, bacteria that produce histamines, or molecules that resemble histamines. Histamines are produced by our immune systems and trigger bodily reactions that fight off harmful threats. These play a role in allergic reactions since the body responds to the allergen as a perceived threat, releasing histamines and resulting in a variety of symptoms like itchiness, sneezing, and inflammation.The body may also be exposed to excess histamines via insect venom or spoiled seafood. Scombrotoxin poisoning results when improperly handled seafood degrades and histidine in the fish’s muscle tissue breaks down into histamines.

This theory is predicated on the idea that the convulsive reaction is related to the presence of histamines — and is supported by reports that antihistamines like benadryl have been effective in relieving symptoms. Otherwise, it is still rooted in speculation.

Botulism poisoning has been a suspected culprit for WLP due to certain similarities between the condition and botulism intoxication —mainly the paralysis. However, that’s pretty much the extent of any supposed connection between the two conditions. Speaking as a former chef — and an especially neurotic one at that — the idea of accidentally infecting a diner with botulism was the stuff of nightmares. Unlike WLP, which progresses within a few hours and is usually dispelled within a day, botulism can take effect anywhere from 10 hours to 10 days after exposure. It requires medical attention with antitoxins and can be fatal. Full recovery from severe botulism can take weeks or even months. WLP may be frightening and uncomfortable, but its generally not considered serious.

A different microbial explanation is the presence of black rot on P. cyanescens and P. azurescens. Like WLP, this bluish-black discoloration is not well-understood but it could produce bacteria responsible for an unknown infection. Psychedelic Review suggests that black rot may result from bacterial exposure in outdoor settings and it would explain why WLP does not seem to result from psilocybe mushrooms that are cultivated indoors.

Most of the existing research on psilocybe mushrooms focuses on the tryptamines psilocybin and psilocin —but there are many other minor tryptamines found throughout these mushrooms. One of these, discovered by mycologist Jochen Gartz in 1980, is aeruginascin. Aeruginascin is considered a prime suspect for Wood lover’s paralysis because of its strong chemical resemblance to bufotenidine, a tryptamine which can also cause paralysis. This theory notes that aeruginascin may not be able to cross the blood-brain barrier and, like bufotenidine, would affect serotonin 5-HT3 receptors found throughout the peripheral nervous system. This would put aeruginascin in a position to produce symptoms like paralysis of the bodily extremities.

There are a few reasons why this may not be the case, however. Firstly, Gartz observed aeruginascin while investigating the accidental ingestion of Inocybe aeruginascens among some individuals. He noted that these trips tended to be euphoric, and has dismissed the WLP theory as myth. Secondly, I. aeruginascens is distributed mostly throughout Europe, whereas most instances of WLP have been reported from Australia and New Zealand.

Psychedelic drug developer CaaMTech has recently been investigating aeruginascin for its euphoric potential, and has created synthetic versions of aeruginascin and its active metabolite, 4-HO-TMT. Their research uncovered that 4-HO-TMT actually shows a greater affinity for serotonin 5-HT2A and 5-HT2B receptors, unlike bufotenidine. This proves that aeruginascin affects the serotonin system in a manner distinct from bufotenidine, despite their structural similarities.

We reached out to CJ Spotswood, the EntheoNurse, to see if he had ever encountered an instance of Wood lover’s paralysis personally. He told us that he hadn’t and commented, “WLP fascinates me, and phenomena like this makes me feel that they need to conduct further research into the other chemicals that are in whole fruit mushrooms instead of stripping out the individual chemicals. I think there is so much to learn that we don’t know yet.” Aeruginascin may or may not be the culprit behind WLP, but there are definitely other minor tryptamines that warrant investigation as well.

The EntheoNurse runs a series of educational programs online for health care providers to stay informed and current on psilocybin therapies and microdosing.