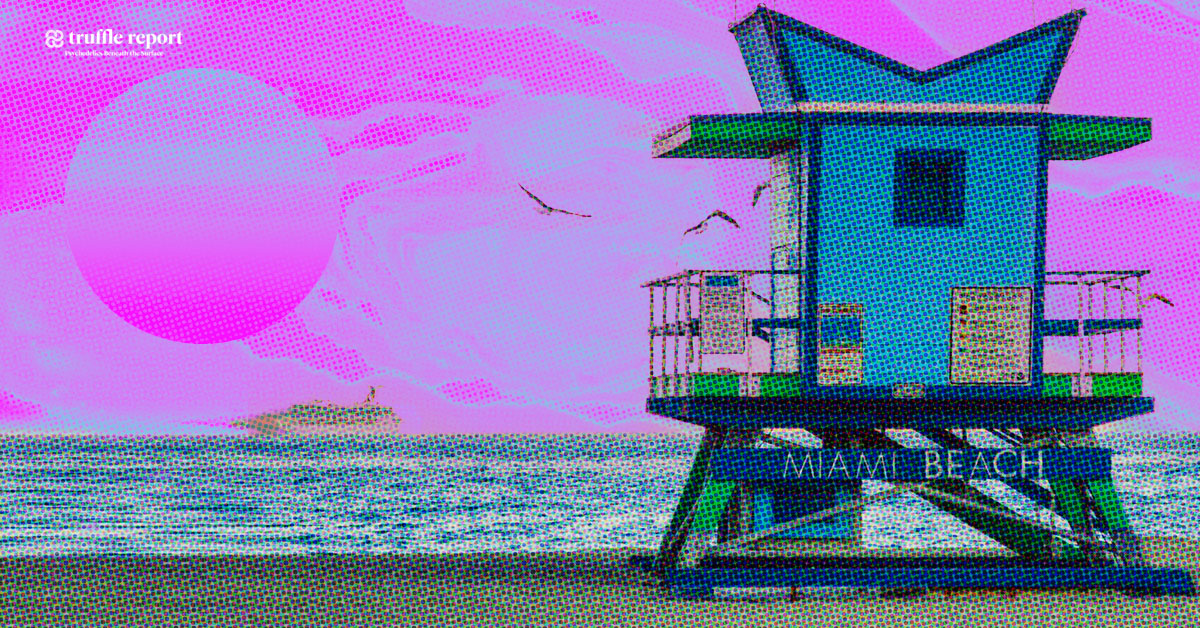 On November 8 and 9, 2021, Miami, Florida’s Adrienne Arsht Center for the Performing Arts hosted Wonderland Miami, an impressive conference of global psychedelic business and medicine leaders. Produced by Microdose, the conference has brought together a significant number of speakers ranging from scientists and researchers to investors, entrepreneurs, and lobbyists and policy experts to share their insights on the new paths for the psychedelic industry from financial, scientific, health and recreational perspectives.

The conference kicked off on Monday, November 8 with Richard Skaife of the Conscious Fund, Patrick Moher, CEO of Microdose, and Rick Doblin, Founder and Executive Director of MAPS. Skaife went on to thank all the event sponsors who made Wonderland possible and shared his goals for the show.

“Our goal ultimately is for people to leave Miami with more in their mind, more in their network and continue to help build what is turning out to be a very fast-growing industry here in psychedelic medicine,” said Skaife.

Truffle Report attended the ‘Developing Psychedelic Medicine Beyond What We Already Know’ and ‘Next-Generation Psychedelics’ panels, which explored exciting developments in the psychedelic medicine sector, as well as trial designs, new compounds, and regulatory affairs.

Developing Psychedelic Medicine Beyond What We Already Know

Dr. Boodram started the discussion by asking where the greatest interest lies in the psychedelic sector at this time.

According to Guthrie, the most interest is focused on drug development.

“These compounds have a lot of potential. They’re gonna have to go through the drug process. It’s tedious. It’s got to be deliberate. There are various steps you have to go through from safety to toxicity, to preclinical studies, to designing the right clinical study, the right population, the right duration, looking at the right biomarkers,” she said. “I think that’s what’s going to drive this industry forward is for these compounds and drugs to be brought to the marketplace data-driven with the science behind.”

Responding to a question by Dr. Boodram on what psychedelic compound will cause the biggest and fastest impact, Dreazen said that “there’s a lot of potential in the industry but, we also need to keep in mind that it’s not one solution fits all.”

“DMT will have a lot of impact because of the duration of the effect. Ibogaine, if we’re able to take away the potential risks, is 100% a molecule that will have a severe impact on this industry,” said Dreazen.

“Everything we’re all working on is very necessary. I think that all of these compounds are going to lead to unique outcomes for different types of patients,” added von Salm. “ LSD and MDMA are both synthetic derivatives and not natural compounds. They’re out there. They’re doing a great job. DMT and psilocybin, they’re natural, but will they be perfect? We just don’t know what perfection really is. But I think that doing both is always the better option because you’re never going to find one size fits all for the human condition.”

To finish off the panel, Dr. Boodram asked what piece of advice panellists could offer on developing psychedelic medicine.

“We have a responsibility to walk through the front door of regulatory agencies with the science and the data behind our compounds to get them through the right way and make sure that they’re safe and efficacious. Then have them for the population to help treat a lot of the issues, especially with mental health that can revolutionize that industry,” said Guthrie. “The other point; the boards and a lot of these startup companies need to be patient with the timelines that it takes to develop pharmaceuticals and to develop a product like this, to have foresight in the patients and to allow the science to proceed.”

“Everybody has a role. You all have a piece of the solution inside you. This work is so hard. It’s so complicated and so vast in its potential that I would say look inside for that piece that you have that can be added to this industry. Because we need everybody in this room all headed in the same direction to bring these treatments to patients,” said McKee.

Responding to a question by Borchardt on whether there might be any improvements on the classic molecules that can be made to the new molecules, Stanley stressed that “we barely understood what we call classic molecules.”

“[The] laboratory of nature is billions of years old. Our laboratory and everything that we can produce is a few decades old. We’re going to produce some amazing novel molecules, and we should be very excited about that,” he said. “At the same time, there’s a lot left laying around, popping up from under our feet that is so complex that when we start to apply some of our modern science to that barrage of molecules within a full botanical, I see classics as being just as important as the creation of new synthetic analogues.”

“The process of developing drugs is a continuation, and there’s ample room to get better in terms of finding new chemical entities. The ways to improve drugs are, first of all, in compliance. A drug that has been given four times a day, people are gonna forget to take it Optimally, it’s just once a day. In terms of tolerability, a lot of these drugs also cause GI (gastrointestinal) upset issues. Safety can always be improved and, finally, efficacy. It’s not a static process where we’re just happy with the drug by continually trying to get better all the time,” added Kuo.

According to Velkova, it is important to see a clinical trial design as a challenge, but also as an opportunity.

“The scientific method and the way that we evaluate drugs does not fit here. It’s important to be flexible with the way we collect the data, which data we look at, and if we have to innovate on how we perform the clinical trials,” she said.

“There hasn’t been any issue with patient recruitment. Obviously, societal views are changing over time. We have to remember that there’s been no innovation in mental health for 33 years. Could you imagine that happening in cancer? That there have been no drugs developed for that period? These patients are suffering terribly from treatment-resistant depression, PTSD, and many other diseases. There are no therapies available for them. They want more clinical trials, not less. They’re more than willing to step up to the plate and be tested in these controlled clinical studies,” said Kuo.