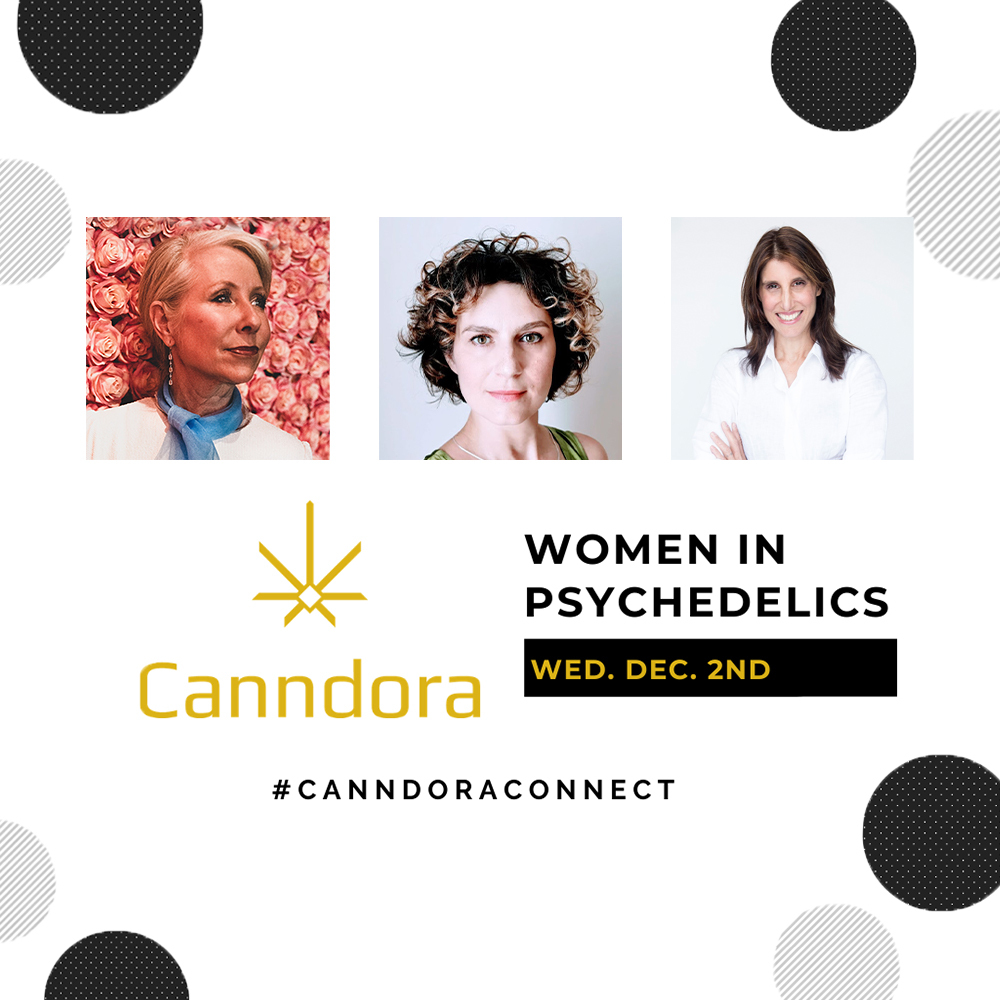 In recent years, the reemergence of the psychedelic movement off the back of a number of promising clinical trials, known as the psychedelic renaissance, has seen the industry blossom. Ahead of Canndora’s Women in Psychedelics Virtual Event on December 2, Truffle Report spoke with three female industry leaders about their work in the field and their perspectives on the future of the sector.

Psychedelics the ‘Next Space’ for Plant Medicine

The positive effects of plant medicine on patients are hard to ignore, says executive vice president for research and development at life science company Havn Life Susan Chapelle about her transition from working in healthcare to the psychedelics field. “I grew up with chronic illness and I was in the hospital more often than not when I found plant medicine, which basically allowed me to take fewer drugs and participate more fully in life. I don’t even like calling it alternative medicine because it’s not alternative to medicine, it’s complimentary,” Chapelle says.

Having previously worked as a massage therapist; healthcare professional; in cannabis policy integration; and for 12 years in a neurobiology lab, Chapelle tells Truffle Report that the main thread running through her life was always integration in healthcare. “When I started working to build Havn, we knew psychedelics was going to be the next space for plant medicine and fungus medicine,” she says.

She says that as more and more companies gain FDA and Health Canada approval for psilocybin research, there will be a need for a standardized, safe supply chain of natural compounds. But she says the political push-up against psilocybin use would continue. “The government has made it very clear it isn’t looking at changing psilocybin from being a controlled substance. What has been a war on drugs, that was not based on science or harm-caused, was very much a culture-based war which harmed low-income communities and women. It’s political bias and the government is going to have to adjust its view,” she says.

Chapelle believes the integration of psychedelics into women’s health is going to be an exploding industry. “It’s crazy, women experience so much trauma, for example depression from infertility or losing a child. There are so many conditions, some are gendered and some are not, but overwhelmingly women are the majority experiencing these things,” she says. “In all these companies there is still a dearth of women. I saw the cannabis space in a positive light for a while with women entering leadership positions but as we see the market expanding in Canada that’s been really restricted. I am hoping that companies see the value in having a diversity of opinion and equity across the psychedelics space.”

Chapelle says the traditional use of psychedelics would always coexist with the non-profit and for-profit aspects of the industry. “For-profits want to see the medicine space expand and they are putting in the money to build the resources that people require to make this into actual medication. I’m hoping by having corporate social responsibility platforms that will bridge the gap between not-for-profits and for-profits, and they can respect the other spaces and inform them with true science,” she says.

Closing the Gap in Existing Research

Chief Scientific Officer at Wake Network Olga Chernoloz left the cannabis field to pursue psychedelics. A neuroscientist by training, Chernoloz made her choice after seeing the weight of data coming from psychedelic research groups around the treatment of serious medical conditions. “When I saw the type of responses these treatments provide to some very seriously affected patients, I decided that I had to be a part of it myself,” Chernoloz tells Truffle.

Wake Network produces psychedelic and non-psychedelic, or functional, medicinal mushrooms, partnering with academic institutions to test both cultivation techniques, and their applications in clinical trials, mainly involving microdosing. “All the research that has been done specifically around psilocybin has been done around full dose therapies – to date there are zero, as in a very round zero, studies in microdosing. We are looking to close that gap,” Chernoloz says.

“First of all, there is a lack of data, and secondly all the studies of psilocybin have been done by using synthetic psilocybin. Because we are producing our own mushrooms, we are looking to bring the quality of our mushrooms so high that it can actually be used as medicine. I’m hoping when we speak a year from now we can talk about the exciting data we have now from projects in planning stages.”

Psychedelics ‘Not for Everyone’

Chernoloz says she would be willing to place a bet on psilocybin becoming a prescription medicine, but warned psychedelics were not a panacea. “I’ve gotten so tired of people who get on the cannabis bandwagon who say it helps everything. Psychedelics too are definitely not a panacea – it’s not for everyone. It’s just another medicine, just another tool in the toolbox that clinicians can access to be able to help their patients in the best way possible,” she says.

According to Chernoloz, psychedelic therapy should be an option open available for medical professionals to prescribe to patients. “Compassionate use is one of the avenues, at least in Canada, where we are seeing this field expanding and entering the medical realm. For psilocybin specifically, the bulk of research has been focused on end-of-life conditions and has been shown to be very effective in helping people find peace within themselves during their last stage of life,” Chernoloz says.

“Cannabis is something we have to thank. Seeing the sky is not falling on us when we have easy access to cannabis has allowed people to change their mode of thinking and be open-minded towards other types of medicines.”

Ann Barnes was drawn to the psychedelics field by her passion for plant-based health solutions. With a background in corporate law, business, and public speaking, Barnes founded Peace Naturals, which became the first company to be granted a license to produce medical cannabis by Health Canada in 2013. She is now a director at Red Light Holland, a company focusing on the production and distribution of magic truffles in the Netherlands.

“To me, using plant-based psychedelics for mental health is the best gift we could have been given by nature to improve the predicament we have found ourselves in by relying on non-plant based medicines, such as opioids,” Barnes says.

She says psychedelics could truly help women deal with issues that are both physiological and those that manifest mentally. “When I look at the history of mental health and how it’s been treated and diagnosed in the last 100 years, it’s been very much to the detriment of women to have their symptoms whisked away with ‘it’s just in your mind, it’s a mental issue’ meaning it’s an emotional issue. Now,  the massive amount of research being done by the psychedelic community will truly help women – this will be an imperative part of women’s health,” Barnes says.

Decriminalization on the Horizon

Barnes expressed her desire to allow compassionate access to psychedelic treatments and thinks that decriminalization of psychedelics in Canada will be here sooner rather than later. “Decriminalization is a significant area of what I hope to be a part of because it’s shameful these incredible gifts from nature have been excluded from our medicinal opportunities because of political stigma and ignorance. It should be done tomorrow because we need it today,” she says.

Barnes believes the psychedelics industry is at a tipping point. Comparing it to the cannabis industry, she says she believes psychedelics are at a far more advanced stage. “The psychedelics industry has much, much greater research and history behind it which I think will help catapult it forward at a faster pace in the scientific realm. This means there will be a faster application of medical, prescriptive possibilities than in the cannabis realm. Having said that, they are both incredible plant-based medicines,” she says.

Looking forward, she says it’s imperative that traditional applications and ceremonies around psychedelics be respected, honoured, and valued. “For the industry to go in wanting to make a profit off it borrowing these traditional practices, it’s wrong to not include traditional teachers, communities, and cultures that have given us this gift and allowed us to really understand it,” Barnes says.