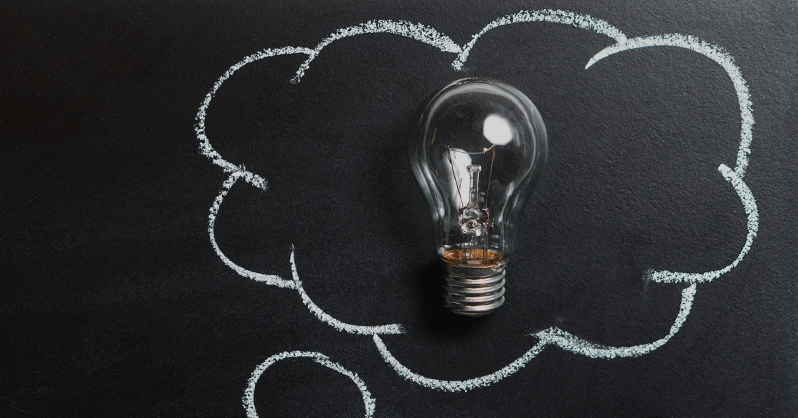 Will We Ever See The Legalization of Psychedelics in Canada ?

On October 17, 2018, Cannabis was legalized in Canada. The day was historic for a multitude of reasons – it was the second country in the world to legalize Cannabis (after Uruguay) and it signified the start of a massive industry for the country.

But, the path to Cannabis legalization has been one that has been ongoing for almost 20 years. While Cannabis was legal for medical purposes for a number of years, it was only in 2018 that the substance was fully legalized for both medical and recreational purposes.

In looking at the potential legalization of Psychedelics in Canada, it is crucial to understand how substances come to be legalized and the processes that surround them.  Typically, legalization works in three steps:

Therefore, it is imperative to reflect on how Cannabis legalization in Canada attempted to follow these steps. As well, it is also useful to look at other countries or regions globally that have adopted aspects of these steps.

On January 1st 2016, Psilocybin Mushrooms were decriminalized in Austria. What does this mean?

If you are caught with Psilocybin Mushrooms, then you will not be penalized. As well, the cultivation of mushrooms is legal in Austria. Yet, it is still illegal to buy or sell them anywhere in the country. As well, in 2001, Portugal decriminalized the use of all drugs in its country. Portugal is a particularly interesting example, because the country views users of these drugs as “patients”, meaning that if they are caught possessing the substance they might be referred to counselling or therapeutic help, but never towards criminal punishment.

As well, what decriminalization actually means is quite varied. In some cases, it is defined as the overall elimination of punishments for possession of drugs. However, in some other countries, it simply means receiving a fine instead of jail time. As well, typically possession of decriminalized substances would not appear on ones permanent record. It is typically regarded as a halfway step between prohibition and legalization.

Thus, from a legal standpoint, decriminalization can be a slippery slope since it means you are allowed possession of the drug, but it by no means make the substance more accessible for users. If anything, it often further promotes the black market and underground world of drugs.

Critics of decriminalization see it as the worst of both worlds – in that it leaves the production and distribution of the drugs to the criminal underworld / black market. It also fails to discourage drug use through its reduction of penalties.

So, what would decriminalization of psychedelics look like in Canada ?

Well, it’s actually slowly in the process. An e-petition that can be viewed and signed online aims to decriminalize the use of psychotropic drugs in Canada but only when used for therapeutic purposes. The petition is set to be presented at the House of Commons this Fall.

The petition argues that the decriminalization of these plans would provide a multitude of therapeutic properties, including addiction recovery and aiding in mental health suffering. As well, the petition also argues for stronger treatment options for the growing overdose crisis in Canada. It specifically mentions ancient and Indigenous knowledge as a method for treating overdosing.

The petition outlines that Canada should immediately discontinue the enforcement of statues and regulations related to possession and cultivation, of Psychotropic Substances. It states that this immediate end to these laws around Psychotropics should be protected through the Canadian Charter of Rights and Freedoms in Liberty and Justice, Freedom of Belief, Religion, Expression, and Peaceful Assembly. Additionally, it states that the cultural and social exemptions afforded under the Convention on Psychotropic Substances, 1971 should be extended to Canada. However, this exemption would likely only be met if it the substance could prove that it would have a strong cultural or social benefit.

Additionally, it also acts to amend the Controlled Drugs and Substances Act as well as the Food and Drug Act in order to distinguish the specific plants for the use of therapeutic practices, medical care, healing ceremonies or solitary spiritual growth and self-development.

It is crucial to note how this petition differs from a more traditional medical use of drugs. If passed, individuals would freely be able to use any of the psychotropic plants on their own, since the petition argues that all of these plants have therapeutic properties.

The petition, which opened on April 16th 2020, will close on August 14th, 2020. The petition is spearheaded by Paul Manly of  Nanaimo—Ladysmith, BC. It currently has amassed 7640 signatures, and petitions only need 500 to present themselves to the House of Commons.

Yet, the process does not end there. The Bill will first be introduced during Routine Proceedings in the House of Commons, then it will likely receive a Second Reading. During the Second Reading, the debate and general scope of the bill will occur. After this stage, it is referred to a relevant committee for further scrutiny. Based on the precedent with Cannabis legalization, it is likely that the bill would be referred to both the Health committee and the Public Safety Committee. Then, it is up to the relevant committees to amend and modify the Bill. Once this is finished, the Chair of the Committee (either Ron McKinnon – Health or Rob Oliphant- Public Safety) will then present the Bill to the House. Then, Members of the House of Commons can propose additional amendments to the Bill. At this stage, the Speaker of The House, Anthony Rota, will decide on which amendments should be selected. Then, the Third Reading for the Bill is selected and eventually it moves onto the Senate. Once in the Senate, if they decide to make amendments, both the House and Senate must agree to these provisions. After this, the Bill is passed to the Governor General, Julie Payette, and then the Bill can officially come into force. This entire process can take anywhere from a couple weeks, to a couple years.

After decriminalization, Medical Use and exemptions is likely to follow suit. For example, Medical Use of Cannabis was legal on July 30, 2001 which means there was over 17 years where Medical Use of Cannabis was allowed in Canada before it was legal recreationally. The Canadian route to accessing  psychedelics for medical use is quite straightforward as of right now. Currently, if an individual or company feels that they should use psychedelics for medical purposes, they are allowed to apply for this under Section 56 of the Controlled Drugs and Substances Act.

The process for this involves filling out an application that would outline the medical use and benefits and the substance. However, the application must also include information about the impact of the site on crime rates, the local conditions indicating a need for the site, the administrative structure in place to support the site, the resources available to support the maintenance of the site, and expressions of community support or opposition. Additionally, a subsequent application might be necessary if the successful applicant wishes to continue using the substance for medical purposes. If the application is unsuccessful, the Health Minister (Patty Sadju) must include the reasons for the rejection. This exemption can also be used towards scientific and research purposes as well as medical. This is especially important  since psychedelic research is having a huge revival. For example, University of Toronto recently opened a Centre of Psychedelic Studies in 2018. Currently, Numinus Wellness in Canada is the only publicly traded company that has received this medical exemption.

Some other examples of successful applications under Section 56 include InSite, a supervised drug injection site in Vancouver. Yet, others like Bruce Tobin, who applied to use psilocybin mushrooms to treat end of life patients were denied.

As well, if an exemption is granted, then the physical location of the site must stay consistent. For example, while Numinus Wellness was successful in being granted an exemption, they would not be able to move their facility. This is due to the strong correlation between psychedelics and crime as well as local support and opposition.

However, due to the subjectivity surrounding Section 56, the current process is not sustainable long-term. Creating a Bill, following the same procedure as outlined in the decriminalization section would be the most sensible method in attempting to legalize psychedelics for medical purposes.

While recreational and total legalization of psychedelics might occur at some point, this will likely not be for many, many years. It is so crucial to consider that Cannabis took almost 20 years from the point where it was decriminalized in 2001 to 2018, where it was fully legalized.

The process for legalizing it recreationally would likely look quite similar to that of Cannabis. Again, the bill would have to go through the House of Commons, then the Senate, then Governor General before it can be officially enacted.

For example, in the few countries in the world where Psilocybin Mushrooms are entirely legal – Jamaica, Netherlands, Brazil – there is a growing industry of psychedelic retreats that cater to those who live in countries where it is not legal.

Yet, something as significant as recreational use of psychedelics would likely have to be on the agenda of the Prime Minister. For example, Justin Trudeau created the Task Force on Cannabis Legalization and Regulation. This proved how much of a priority it was for him. Thus, Canada would likely look towards countries such as Jamaica, Netherlands and Brazil and US cities such as Denver, Oakland and Santa Cruz for insight on a legal approach.

Another crucial element of recreational legalization is expunging those with previous criminal records for possession of psychedelics. This was a massive source of criticism in Canada with Cannabis Legalization, as those imprisoned for Cannabis-related offences were not expunged from their crimes following legalization. Fortunately, this is beginning to shift and current prisoners will potentially be released. It seems reasonable that if the substance were to be recreationally legal, then individuals should not be sitting in prison for a crime that is currently permissible.

However, again, it is so crucial to consider that the Recreational Legalization of Psychedelics would likely not come into effect for many, many years to come. The few countries where it is fully legal, this is likely due to the fact that it was never prohibited in the way that it is in Canada currently.

Thus, to conclude, it is absolutely possible that Canada would see the legalization of psychedelics at some point. But, it is imperative to understand the three distinct stages of legalization. Perhaps, we will see decriminalization in the nearer future. Yet, it is fair to suggest that medical and recreational legalization will not occur for quite some time. As of right now, if you need psychedelics for medical or scientific purposes, apply for an exception under Section 56. Hopefully, at some point in the near future, we will begin to see other avenues to medical access to psychedelics in Canada !