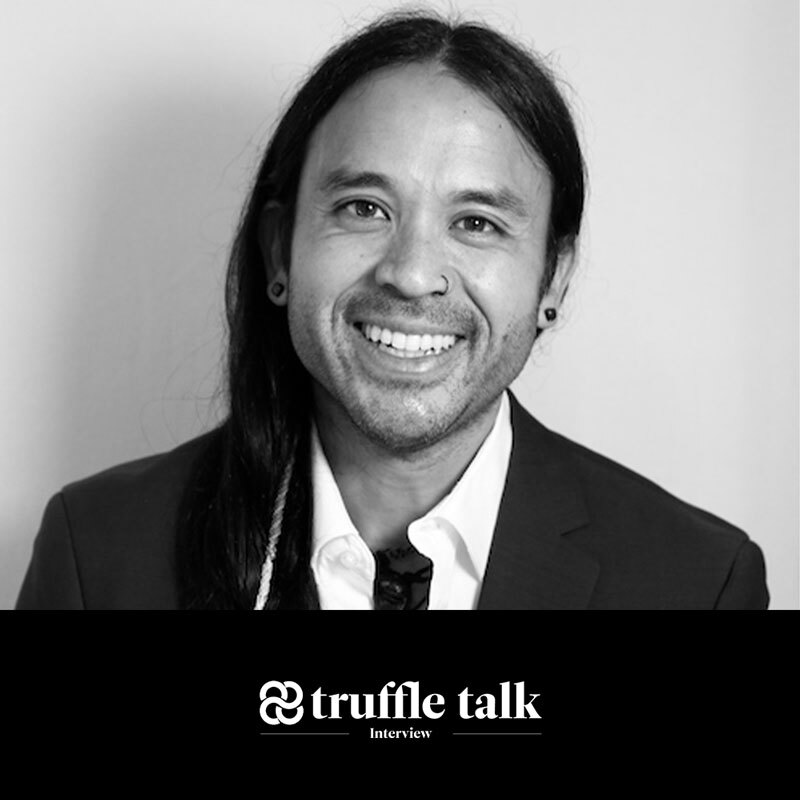 Will Siu on Psychedelic Healing and Ketamine Therapy

While medication can play an important role in the treatment of mental illness, lasting healing involves far more. It means personal introspection, talking, and releasing and evoking negative and suppressed emotions in order to move forward. Will Siu, psychiatrist and ketamine-assisted therapy practitioner, believes that real healing involves psychotherapy, and while he does prescribe, most of the clients that he treats are not on conventional medication.

In his private practice in Los Angeles, he sees his patients on a weekly basis. Getting access to ketamine-assisted therapy is not as easy as asking for it, Siu tells Truffle Report. It is not “a la carte.” If a patient expresses interest, it takes a few regular psychotherapy sessions before deciding whether or not to start working with ketamine.

After his appearance in Netflix’s hit show The Goop Lab with Gwyneth Paltrow, Siu became a household name in the emerging field of psychedelic therapy.

Up until his early 30s, Siu hadn’t even considered psychedelics. They seemed foreign and frightening to him. Raised as a Jehovah’s Witness during the “dare to say no to drugs” movement, his training was conventional. He went to Harvard Medical School to become a psychiatrist and also received a PhD in immunology. However, at 32 something changed.

“I was thinking that I would be happy once I accomplished certain goals but I was accomplishing them and nothing was changing,” Siu says. “At that time I’d set up mental health and psychiatry to be this panacea of healing. I really thought psychiatric drugs were going to be the future of healing mental health illness, but there was a particular lecture from one of my teachers where he said that something like one third of people in this double crossover study of SSRIs no longer have depression at the end of a six month trial and my heart dropped. One third? I thought 15 years of education for only one third of people was something that had to get better. I was on antidepressants for the second time in my life. They were never helpful. They actually made me feel worse. It led to a deep dark depression where I started having a look at my life again.”

“Around that time, my best friend went back to college. Unlike me, he had been exposed to psychedelics, particularly DMT. He encouraged me to read about it, and about the research that had been done on psychedelics in the 50s and 60s, which I had no idea about. I went to PubMed and found all this data published in really good journals by really good scientists. It didn’t make sense to me. I thought these were dangerous and addictive substances. From that moment on, I started reading more about it. That search changed my life, everything just switched for me and then, synchronistically, the psychiatrist that was right next door to me the entire time in my clinic at that time was John Halpern, who had done psychedelic research. I asked him about the subject and he introduced me to his friend Rick Doblin, the founder of MAPS.”

On His Own Experience with Psychedelics

Though Siu became interested in psychedelics around the time he was 32, and was close with scientists that had considerable psychedelic experience, he did not immediately try them for himself.

“It took another year until I finally took a psychedelic myself. It was DMT. I smoked it. It was life changing to me in the sense that it gave me a window to meet my spirituality. I left the Jehovah’s Witness church when I was 15 and until the age of 34 when I tried DMT I considered myself an atheist. Within 15 minutes, that changed. I realized that there’s something much bigger happening here.”

“In 2017 I had the opportunity to take MDMA as part of my training with MAPS. I went to Boulder, Colorado because my two MAPS therapists practice there. I was there for a week and I took a placebo on one day and a couple of days later, I took the MDMA. You didn’t know when you were actually getting it. I had an incredibly powerful eight hour session revisiting a few different childhood memories and traumas that were incredibly healing for me, but I actually felt worse in the few weeks after. I felt more depressed and had a few periods of suicidal thoughts after the MDMA session. I don’t see it as something bad, I had the beautiful supportive therapists with me throughout that entire experience. It’s not unheard of and it’s important to talk about it. I’m happy to say I felt worse after my MDMA experience and I was so supported that it was healing in the end.”

Siu on Psychedelics as a Tool for Healing

Throughout his own journey and experience as a psychedelic-assisted therapy practitioner, Siu has come to appreciate psychedelics as tools that can help people heal their deepest wounds.

“I think the most powerful thing about psychedelics is that they work for suppressed trauma,” he says. “I use the term trauma very broadly. I’m not just talking about being in a war zone or being abused. Trauma can also be neglect or having absent parents. I think of healing with psychedelics as being the encouragement for the evoking of the emotions and the memories that have not been processed. When we do that it really exits the body from the body pretty immediately and sometimes permanently. And I think that is the power of psychedelics when they’re used properly with therapy. I think that’s why we see the rates of healing that we see that are much higher than the rest of other psychiatric treatments. It’s so different. It’s the complete opposite of how we’ve approached healing so far. In psychiatry there are antidepressants, anti-anxiety medication, antipsychotics; it’s a ‘let’s numb it’ kind of approach. Education is important because we’re going from suppressive treatments to evoking treatments and it’s going to be novel and practitioners really need to be trained because it’s a whole new way of looking at healing.”

“Humans carry trauma in the body,” Siu explains. “When something big and traumatic happens it’s either not addressed at all or people around us say things like ‘it’s all gonna be fine’ but that doesn’t really allow the full expression of it. You don’t know if it’s going to be fine, how could you know? We don’t typically feel that other people are really sensing how painful or how uncertain something feels. We tend to not want to see that. I think psychiatry and our medications are actually a creation of a culture that was already thinking this way. With psychedelic medicine, it’s the encouragement of saying to a person that this time around we’re going to revisit traumatic memories and incidents that no one talked about and that it’s going to be okay to cry, it’s going to be okay to scream. Allowing the emotions and the memories to come up in a place that is able to facilitate and hold and honor how painful that really was. That’s when we really see a release of the emotional weight and burden that we carried.”

Ketamine-assisted therapy has shown great promise in addressing treatment-resistant depression and other conditions such as PTSD. According to Siu, dissociation could play an important role in ketamine’s effectiveness.

“Ketamine is currently the only widely prescribable medicine that I would categorize as a psychedelic which is available outside of research. That makes it unique. Each psychedelic works very differently. Ketamine, I think of as on the order of electroconvulsive therapy, where it can sort of provide a reset to the system, like if your phone’s freezing and you just power it on and off. That’s the pharmacological impact on the brain. The other way is, as with other psychedelics, what does it bring up? Are you able to process any other painful memories? I think ketamine has sort of a dual way that it works in that sense for people. Another unique thing about ketamine is that it’s also dissociative.”

“We have traditionally viewed dissociation as a psychiatric symptom that is a sign of PTSD or sexual abuse, for example. The way that I think about it, even as a defense mechanism, is that it works in that moment. It dissociates the mind from the body, so when the person is experiencing dissociation, they’re not feeling that thing. The problem is when it carries on in life and we get triggered into that dissociative state at a time when we don’t want it to happen. When people feel that, the dissociation is such a scary thing, but if you have a planned dissociation and you have a support system, like it happens with ketamine, it can be incredibly powerful to revisit. Dissociation can be a powerful healing mechanism. I do want to emphasize that I’m not saying that it is always a powerful healing mechanism. Some people can experience dissociation with ketamine, and they can feel worse. If they don’t understand it or the practitioner doesn’t know how to work with it, it can feel more painful. But I would say it provides an opportunity.”

“I think we’re hungry for healing,” Siu emphasizes. “I think that we have been trying so many things and working so hard to feel better and we’re not. In a way, psychopharmacology hasn’t been up to par and maybe even has failed. Psychedelic-assisted therapy has been much more effective but it’s less accessible. We deserve healing in a very real way. However, part of the reason why it’s coming up is there’s a big marketing push now and I’m a little bit more wary of what’s being put out there. I think part of the reason that some people are really interested is just because a lot of people are doing it and coming back with stories. You are also getting a big pharma push now that was not there even a year ago, so there’s money incentive right now too. Capitalism has now very much become a part of psychedelics.”