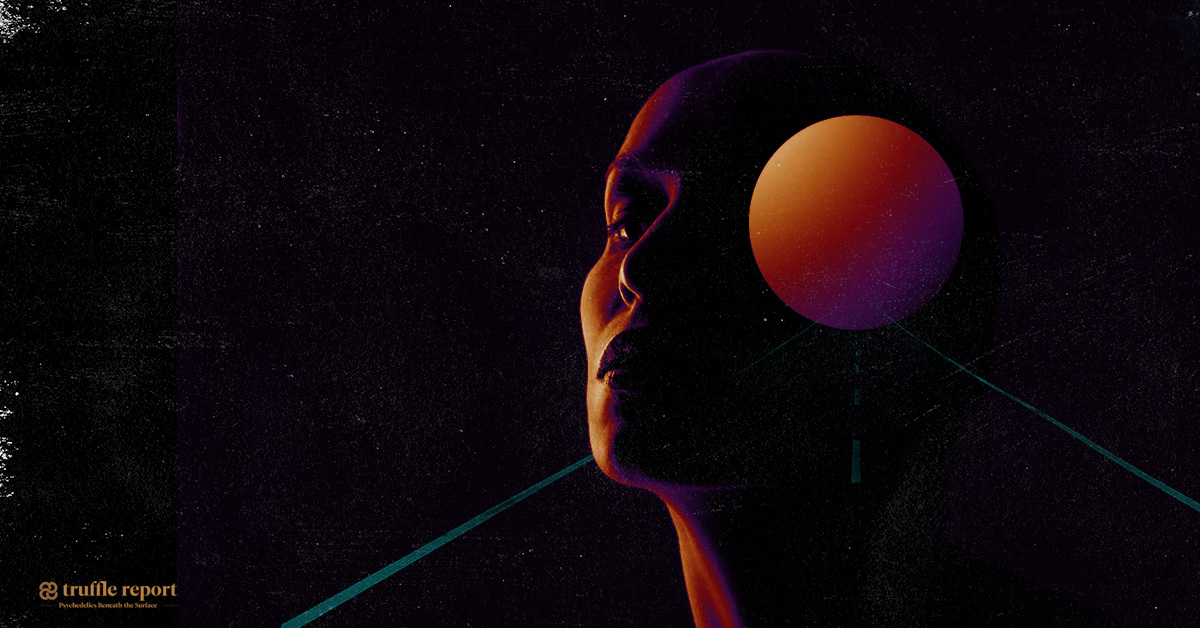 From ancient meditation and yoga to modern ayahuasca retreats and psychedelic-assisted therapies, emerging research suggests that these practices may help some people with severe anxiety, depression, and PTSD, especially when other treatment methods have failed. But what if the only thing you need to reach elevated consciousness and relaxation is a dark room and complete silence? Truffle Report looks into the history and science behind Dark Therapy.

Dark therapy is a meditation practice in which the subject is deprived of all light and sensory distractions, with the intention of experiencing a greater mental awareness. Meditating in complete darkness is a practice common to many traditions, ranging from Tibetan Buddhists and ancient Egyptians to the practices of modern Europeans and Americans.

An article in The Atlantic from July of 2018 states that a 49-day Tibetan retreat, Yang-ti, is the first and most famous dark therapy retreat. However, it is believed that Dunkeltherapie (German for dark therapy) was founded in the 1960s by the German anthropologist Holger Kalweit.

Dark therapy has been used for the treatment of headaches, migraines, chronic fatigue syndrome, pain, and mania in bipolar disorder. It is believed to have physical, mental, and emotional benefits. Practitioners believe that the darkness provides a profound opportunity to understand and realize one’s experiences with the mind, body and spirit for the specific purpose of healing and self-recovery.

According to Martin Lowenthal, a psychotherapist and meditation teacher who has been facilitating dark retreats for over a decade, the idea of the dark retreat “is not only to create a setting in which you have no visual stimuli, so that the eyes relax, but also to sufficiently relax your body and your mind so that the deeper aspects of your core awareness can arise. That’s when these truths, along with lights and visions, can become evident.”

As Mantak Chia, a Qigong Master, explains in his book, Darkness Technology, “when one is in the darkness, the mind and soul can wander freely in the vast realms of psychic and spiritual experience to reunite with the true self and divinity within.”

The length of the retreat heavily depends on the person. Beginners undergo retreats lasting from three days up to a week, but experienced practitioners can do it for months. Therapy often takes place in a room without windows, any sources of light, and with no surfaces capable of reflecting light.

The Science Behind the Darkness

Darkness activates a variety of points within the brain. Complete isolation from the light stimulates the pineal gland to synthesize melatonin, which enhances clarity and relaxation. The pineal gland is often called the third eye or the eye of the mind, and is believed to produce a chemical that has been associated with psychedelic states. This “third eye chakra” is thought to bring clarity, spiritual knowledge and power. When the brain begins to realize that it no longer needs to produce melatonin, it starts producing a chemical called pinoline, which allows visions and lucid dreams to emerge.

According to Chia, there are four stages of darkness:

Melatonin Stage – Day 1-3 – Complete isolation results in the need for sleep and rest.

Pinoline Stage – Day 3-5 – Within this stage, the nervous system becomes aware of itself and allows experiences of visions and lucid dreams.

5-MeO-DMT Stage – Day 6-8 – The brain synthesizes the “spirit molecule” (DMT) resulting in the formation of “invisible worlds and parallel universes” with out-of-body experiences. During this stage, “ego death” can be experienced.

DMT Stage – Day 9-12 – Subject begins to function “consciously from the various psychic centers or chakras” resulting in feelings of universal love and compassion.

What Research and Experience Tells Us

In 1998, researchers from the National Institute of Mental Health (NIMH) wondered whether some form of dark therapy could calm bipolar disorders and ease mania. The protocol included 14 hours of enforced darkness every night, which was later reduced to 10 hours, over several years. According to the study, “patient cycled rapidly between depression and mania and experienced marked fluctuations in the timing and duration of sleep when he slept according to his usual routine, but his sleep and mood stabilized when he adhered to a regimen of long nightly periods of enforced bed rest in the dark.”

In a 2005 Italian pilot study of dark therapy for mania, 16 bipolar patients affected by a manic episode were given 14 hours of enforced darkness each night for three consecutive days. Those who received dark therapy exhibited a decrease in manic symptoms compared to a control group with conventional treatments. According to the study, “the evidence that extending sleep seems to stabilize mood symptoms indirectly supports the possibility that insufficient sleep may contribute to destabilization of mood.”

In 2016, a Norwegian team led by Tone Henrickson published results from their randomized placebo-controlled trial on the efficacy of dark therapy. The results showed that 12 patients who came to the hospital exhibiting symptoms of bipolar mania improved their sleep patterns and mood significantly with dark therapy compared to 11 patients in the placebo group.

In 2017, Marek Malůš published a research paper on the potential psychological consequences of darkness therapy. The research consisted of 37 patients undergoing a seven-day stay in complete darkness, quiet, and solitude. His paper stated that the overall framework of the effect of dark therapy had a “positive influence on the respondents’ psychopathology symptoms,” and the effect of dark therapy in one week “did not lead to psychopathological induction in the respondents.” In the Atlantic article, Malůš said that “in this condition, the mind is much calmer” and the person “can concentrate and consider almost everything more clearly.”

Nina Kim, a Mindfulness Teacher and Founder of Psychedelic Reiki Massage, described the darkroom experience as “the most humbling, profound, and deeply transformative experience” of her life.

“Honestly, this may even be more profound than my ayahuasca experiences just because the level of presence is just next-level. With ayahuasca, you’re tripping, puking, this, that, there’s a lot of sensation, a lot of stuff going on. With this, there doesn’t seem to be a lot going on, but there is. And you’re so present for it. It’s just you. It’s just you and you and you and the Darkness, and this slow unravelling is really special,” she wrote in the post.

According to Aubrey Marcus, founder of Onnit, who did a seven-day dark retreat in 2020, the insights from dark therapy experiences “gave him new outlooks on life including an appreciation for his family and loved ones, in addition to learning how the machinations of the ego shape our daily thought patterns.”