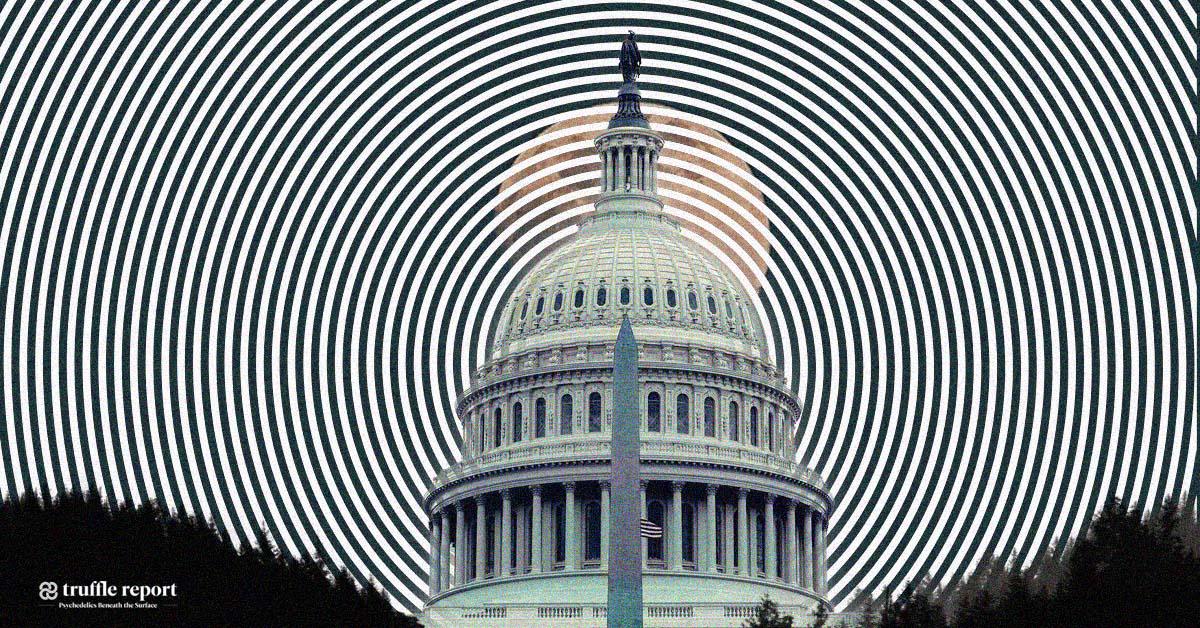 With everything that’s happened in Washington D.C. in the past year, you could be forgiven for not remembering that last November didn’t just see a contentious presidential election that precipitated a riot a few months later. It’s been a year since local advocacy organization Decriminalize D.C. helped to successfully pass Initiative 81, more formally called the ‘Entheogenic Plants and Fungus Measure’, making possession of psychedelic plants and fungi the lowest law enforcement priority for the District of Columbia.

Initiative 81 was enacted in March of this year, following the required Congressional review period for all such measures in D.C., given the city’s unique jurisdictional status.

Truffle Report reached out to Melissa Lavasani, a former organizer for Decriminalize D.C. who worked to help pass Initiative 81, and who is currently the founder and executive director of Plant Medicine Coalition, an advocacy group pushing for federal psychedelic reform and research funding on the ground in Washington to ask if things have changed for plant medicine users since initiative 81 was enacted.

“The response is extremely positive,” Lavasani says. “I think there’s a lot of interest in psychedelics for healing, and people are curious to learn more. You know, it’s a little different. The way D.C. decriminalized it’s not actual decriminalization, because we couldn’t really decriminalize so much as reprioritize. People had a lot of questions about what that means. And these are issues that we’re constantly trying to work through with MPD and local government officials.”

These issues aren’t unique to the U.S. capital. Most decriminalization initiatives enacted at the municipal level do not alter state or federal law enforcement directives, but rather direct local law enforcement to make arrests for these substances their lowest enforcement priority. It is, in a word, legal double-talk, but it seems to be achieving results in cities and towns across the United States.

Detroit became the latest major American city to decriminalize earlier this week via a ballot initiative. Last month saw Seattle, as well as the smaller municipalities of Easthampton, Massachusetts and Arcata, California, pass similar measures, albeit by city council votes.

These results, in response to so many ordinances and resolutions, are dependent on the goodwill and cooperation of city officials and the communities themselves. Lavasani tells Truffle that Plant Medicine Coalition’s ongoing dialogue with D.C. law enforcement is crucial.

“There’s always going to be a gray area as long as things are federally illegal,” Lavasani explains. “Like with cannabis, it’s still legal in so many places and you can legitimately buy from a dispensary and have a medical card, but there’s still issues that surround that because it is federally illegal. So it’s kind of just how we have to operate, getting our police department to define what the prioritization is. And that’s been the real challenge here because I think that for them, this is really not an enforcement issue.”

Plant Medicine Coalition has also recently begun implementing a series of grants, totalling $50,000, for the benefit of building community harm reduction, education, and organizational projects around psychedelic plants and fungi.

Lavasani clarified that virtually all arrests involving psychedelic substances in the city in 2019, prior to Initiative 81’s introduction, revolved around other charges for other drug crimes in which psychedelics just happened to be involved. She also added that D.C. residents faced the additional complication of jurisdictional overlap within their city. While the Metropolitan Police Department is receptive to the ongoing decrim and reprioritization efforts, the United States Capitol Police still operates under federal enforcement guidelines.