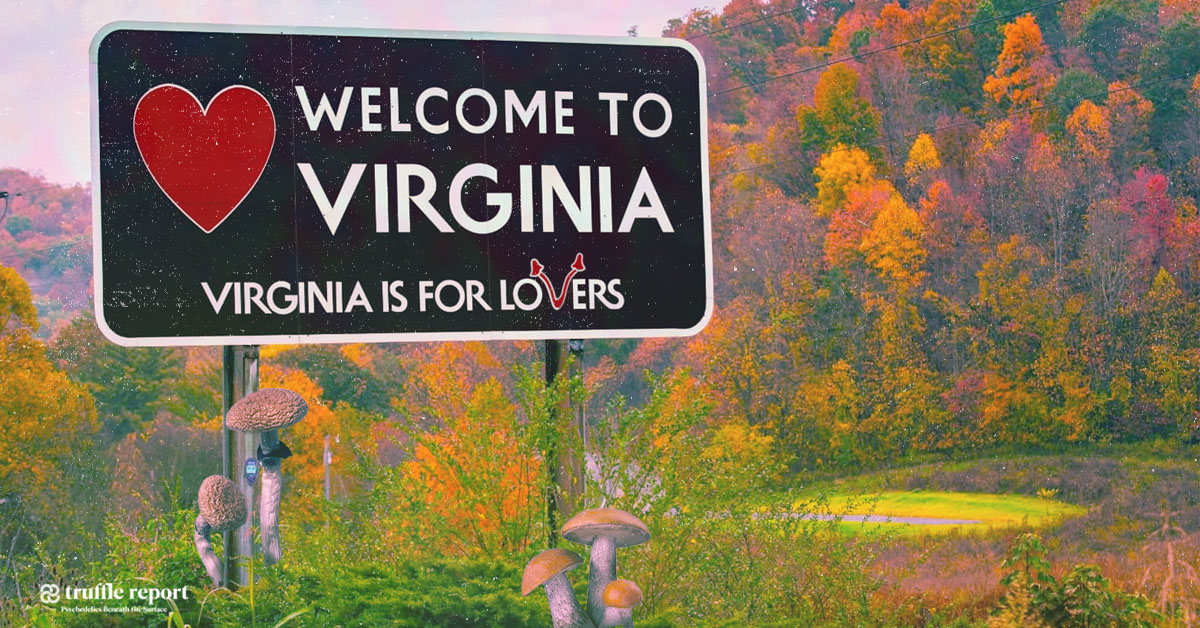 A bill proposing to decriminalize the possession of certain naturally-occurring psychedelic drugs — also referred to as entheogenic plants — for clinical use in Virginia has been delayed until 2023.

The drug policy bill (HB 898), introduced in the House of Delegates by Democratic Delegate Dawn Adams on January 12, would downgrade the criminal penalties for drug possession of certain psychedelic drugs for certified practitioners and their patients from a Class 5 felony to a civil penalty, a fine of no more than $100. All funds collected would go into the state’s Drug Offender Assessment and Treatment Fund, which supports the state’s drug treatment court programs.

However, during a House Courts of Justice subcommittee meeting on Monday, members approved a motion to delay the bill until next year.

Initially, the bill would have allowed anyone aged 21 and older to be found knowingly or intentionally in possession of the entheogenic substances psilocybin, psilocin, ibogaine, or peyote, currently illegal substances, to be exempt from criminal penalties. But as Delegate Adams explained during the meeting, the bill has been amended to have a clinical focus, for example, providing legal access to psilocybin experiences as a mental health treatment.

“This would only apply to certified practitioners of the healing arts and their patients,” she said. “The purpose of the amendment was to make it a little more discreet around who the decriminalization would benefit.”

Addressing the subcommittee, Delegate Adams said this bill would provide Virginians in need of healing with controlled access to naturally-occurring psychedelics, including psilocybin, psilocin, ibogaine, and peyote.

“There is strong evidence to support plant medicines, once thought dangerous, [that] really are effective and safe treatments for post-traumatic stress disorder (PTSD), depression that is unresponsive to other treatments, end of life fear and trauma, opioid addiction, suicidality, and a host of other psychological ailments,” she said.

During the meeting, members appeared to be confused about what the bill would actually do and its possible “unintended consequences,” with one member questioning if they would see “peyote stores and psilocybin stores basically popping up.”

Following public testimony in support of the bill (including representatives of Decriminalize Nature Virginia) and discussion about the legislation, the subcommittee by voice vote elected to carry over the bill until 2023.

Filed by Democratic Senator Ghazala Hashmi on January 12, this bill (SB 262) proposes to downgrade the penalty for possession of psilocybin and psilocin by any person aged 21 and older from a Class 5 felony to a civil penalty, with a maximum fine of $100. Like the House bill, any penalties collected would go into the Drug Offender Assessment and Treatment Fund.

On January 22, the Senate referred this bill to the Committee on the Judiciary for consideration.

Psilocybin therapy’s potential has been recognized by a number of decriminalization movements at the local and state levels across the United States. This includes the cities of Seattle in Washington State, Ann Arbor in Michigan, Santa Cruz in California, and even Washington D.C., which have made low-level possession of entheogenic plants such as psilocybin mushrooms the lowest law enforcement priority, rather than continuing to pursue drug prevention or drug criminalization.

The potential of psilocybin mushrooms is also being explored for therapeutic purposes, as well as in cultural, spiritual, and religious contexts, by leading institutions such as Johns Hopkins University in the United States and Imperial College London in the United Kingdom.