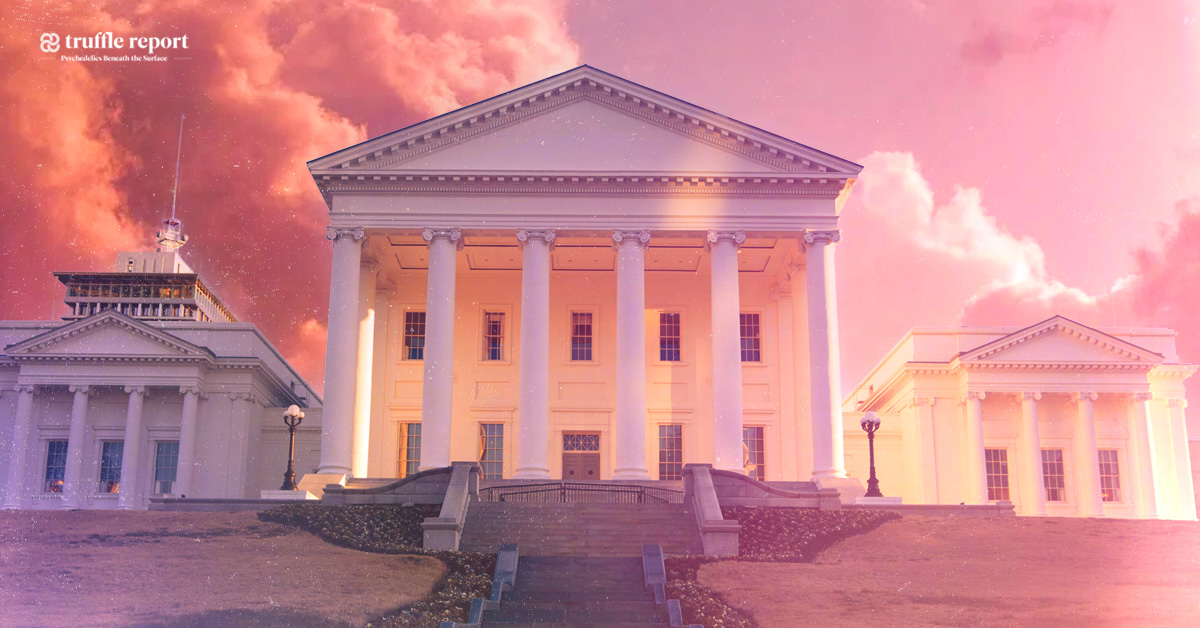 The State of Virginia is the latest U.S. jurisdiction to attempt to reprioritize psychedelic substances under state law, including psilocybin, MDMA, and mescaline.

With two similar bills introduced on January 12 in the state House of Delegates and Senate, lawmakers Del. Dawn Adams (D) and Sen. Ghazal Hashmi (D) are attempting to remove criminal penalties on the possession of psychedelics.

The House bill says that any individual aged 21 and over found in intentional possession of “peyote, ibogaine, psilocybin, or psilocin” will be fined $100 as a civil penalty.

Possession of psychedelic substances is currently tried as a Class 5 felony in the state.

The Senate bill, meanwhile, is focused on psilocybin and psilocin with a similar outlining summary to Adams’ legislation.

The bill proposes to make possession of psilocybin a civil penalty, whereby any individual aged 21 and over found in possession will be entitled to pay $100 as a fine.

The bills seek to establish a Drug Offender Assessment and Treatment Fund, which will consist of money received from fees imposed on certain drug offense convictions and civil penalties imposed for violations.

Decriminalize Nature Virginia, a grassroots psychedelic advocacy organization, is spearheading the statewide campaign, pushing the state government to decriminalize entheogenic plants and fungi in the Commonwealth.

As more research continues to emerge backing up the therapeutic benefits of psychedelic substances, Hashmi Adams participated in a webinar hosted by Decriminalize Nature on December 9, 2021. The pair spoke on how plant medicine can help to address treatment-resistant depression and posttraumatic stress disorder.