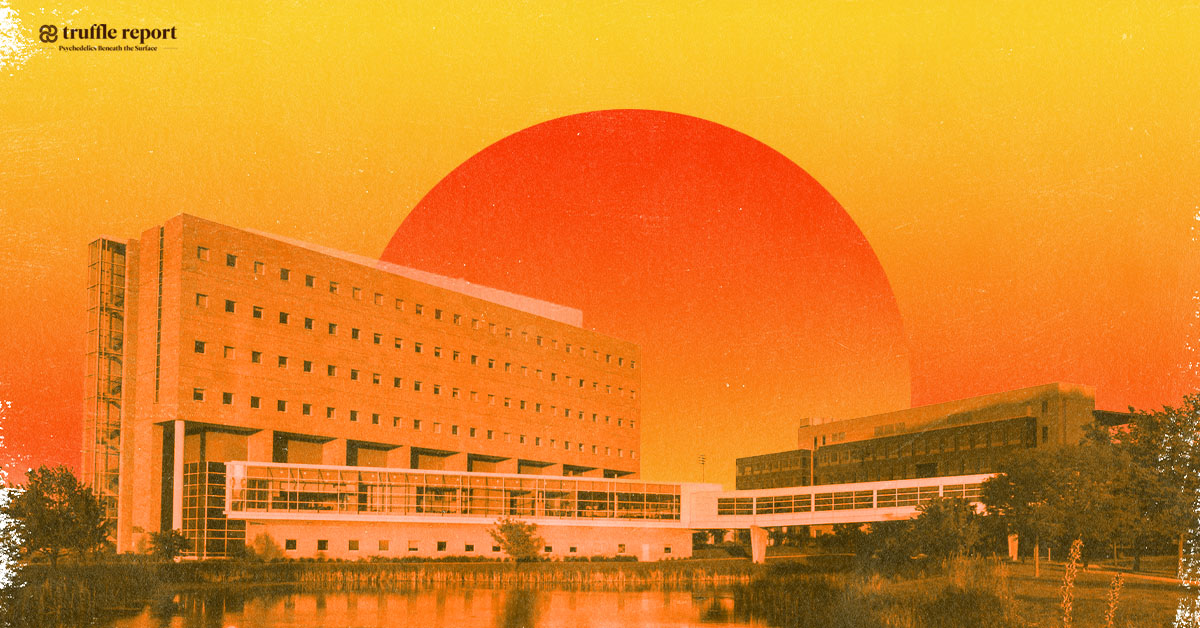 Building on its ongoing psychedelic studies, the University of Wisconsin-Madison has launched a program to explore the “science, history, and cultural impact of psychedelic agents” with a focus on expanding participation from research subjects of diverse and underrepresented backgrounds.

The Transdisciplinary Center for Research in Psychoactive Substances, as a part of UW-Madison School of Pharmacy, will bring groups from both biomedical sciences, as well as liberal arts, history, and patient advocacy backgrounds together to explore the use of psychedelics from a broader perspective. “This center will expand the scope and reach of the psychedelic research enterprise at UW-Madison to build on clinical studies that have been active on campus since 2014,” the press release says.

At present, there are four psychedelic clinical trials underway at UW-Madison, ranging between Phase I and Phase III. Some of these studies include a Phase III clinical trial for treating PTSD with MDMA conducted in partnership with The Multidisciplinary Association for Psychedelic Studies (MAPS), and a Phase II clinical trial investigating psilocybin for major depressive disorder organized by the Usona Institute. The University also launched the first-ever Master’s program in psychedelic science in the U.S. earlier this year, with an associated Capstone Certificate.

In the new initiative of the Center, which was announced in the last week of August, researchers will be reaching out to members of local and regional underserved communities with listening sessions. Understanding their concerns with these drugs and studies will be important so that underserved communities are able to better able to access these somewhat complex treatment programs when MDMA and psilocybin are eventually approved by the FDA.

“Our goal is to try to first sit down with individuals from the underserved communities,” says Paul Hutson, founding director of the UW Transdisciplinary Center for Research in Psychoactive Substances. He tells Truffle Report that individuals surveyed will be from varied backgrounds — including Black, Hispanic, and First Nations populations in Wisconsin — and that the center will explore their concerns about psychedelic research, and the kind of barriers they face while participating in scientific research in general. There are about 11 Native American tribal/cultural groups in Wisconsin, according to a 2016 census report.

Lack of Diversity & Barriers to Access in Psychedelic Research

“The studies that have been done to date, whether they be MDMA for PTSD or psilocybin for the treatment of depression, have had a disappointingly low percentage of blacks and other minorities,” says Hutson. “It’s not intentional, I’m sure,” he adds.

Many minority groups, Hutson recounts, carry cultural suspicion of medical research in general. This is often related to the memory and knowledge of historical abuses, as well as more current disparities.

There are also practical considerations. The setup established by researchers requires a commitment that is sometimes too demanding for participants of any background.

“These clinical trials, as they’ve been created with MDMA and psilocybin, have instituted what we call the ‘Set and Setting’ that requires careful screening, a substantial commitment,” Hutson says. Usually, a session requires preparation time, an extended period of time in the dosing session, typically about six to eight hours and then coming back for an integration session the next day. This time frame is not always achievable, and race is far from the only factor.

He tells Truffle Report, “That’s difficult for a lot of people who are single parents, who have jobs that they can’t dash away from to get to one of the preparation sessions, or to take a day off. So, in addition to those suspicions about medical research that I mentioned, there are some practical issues that we need to address.”

Hutson emphasizes the need for research that characterizes the response and expectations of marginalized individuals in terms of fairness, equity, and availability of these treatments down the road.

Another way of inviting more participants from diverse groups is having guides from First Nations, Hispanic, or tribal backgrounds that can navigate sessions with patients froma similar ethnicity, who can “help calm and reassure individuals that might otherwise be a little bit concerned about the safety of the space that they’re in during psychedelic events,” says Hutson.

The project is expected to have a “large turnout” from various backgrounds and will start in the fall of this year, going on until the spring of 2022.