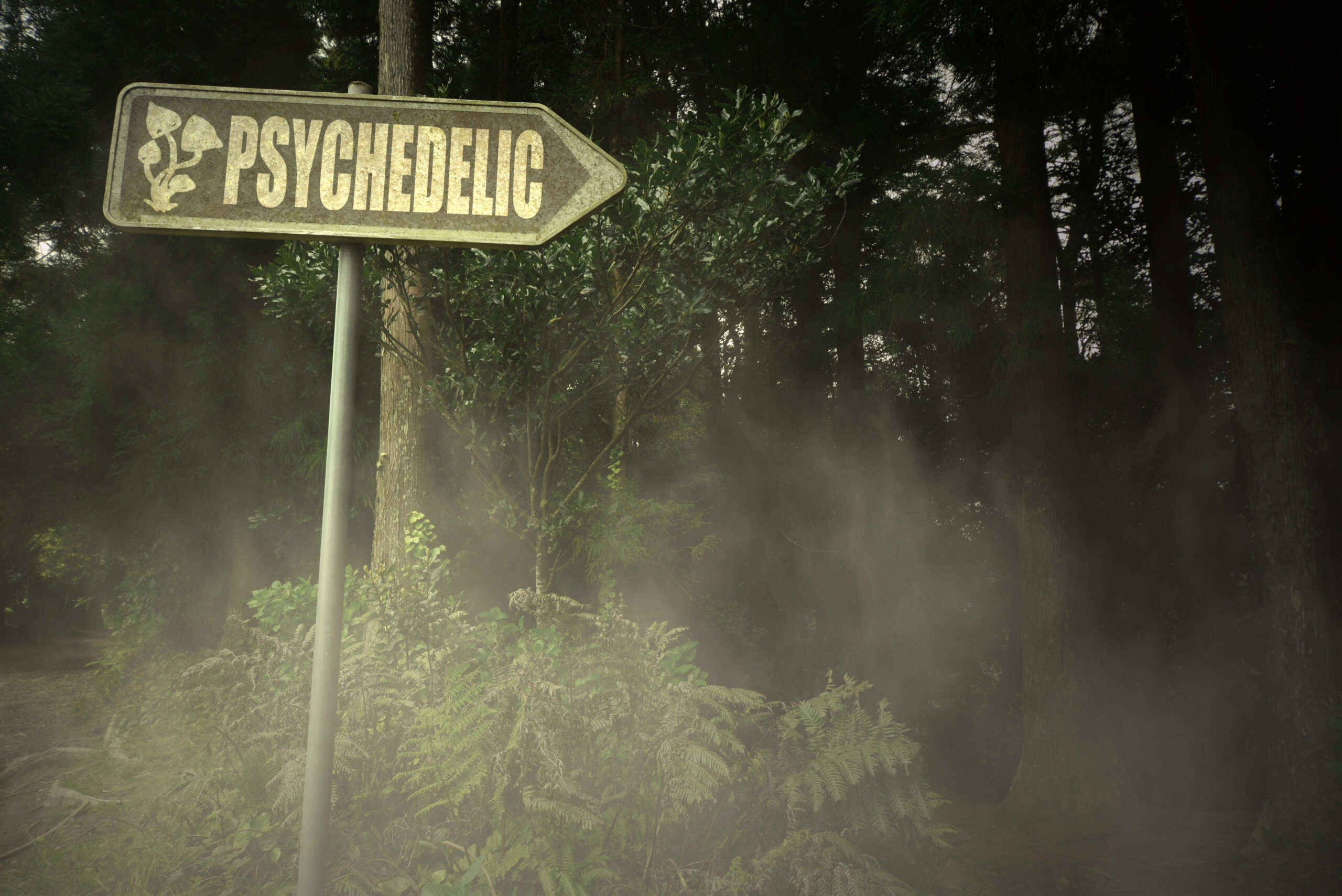 With each passing month, more U.S. states are introducing progressive pieces of legislation aimed at ending the decades-long War on Drugs. Surpassing the number of bills introduced in January, eight states and one city council introduced similar bills in February, aiming to either de-regulate Schedule I substances such as psychedelics, permit health authorities to conduct scientific studies, or decriminalize simple possession of illicit drugs.

As the movement continues to gain momentum, Truffle Report has compiled a roundup of all the attempted legal reforms initiated in February 2021, making it easy for you to track ongoing developments.

While lawmakers and advocates together have been pushing for a drug policy reform, the Supreme Court of Washington State struck down criminal penalties against drug possession in a surprise move on February 25. The ruling in the case of State v. Blake means simple possession of controlled substances would no longer stand as an arrestable offence, omitting chances of incarceration for possession.

“Officers will no longer confiscate drugs from an individual based only on a violation” of simple drug possession, the Seattle Police Department said in a statement.

“The Supreme Court decision gives renewed urgency to the conversation about our state’s response to untreated substance use disorder,” Rep. Lauren Davis, who sponsored the bill 1499, told Truffle Report in an email response.

“It presents an opportunity to continue the discussion that was begun in the legislature this session with HB 1499. It is imperative that we stop handing down felony possession convictions that compound shame and create barriers to recovery,” she adds.

Continuing the work towards realizing the bill in the state legislature, Davis says, “It is equally important that we build out a response to substance use disorder that truly works—a robust and fully funded continuum of care ranging from outreach to treatment to recovery support services.”

Currently in the House Appropriation Committee, HB 1499 is vying for a similar framework to that adopted by the State of Oregon through Measure 110 during the November elections. Through this legislation, the state will focus on improving “community-wide safety and health” by emphasizing support services and recovery support systems to help overcome “the social determinants of health, including housing, education, employment pathways, community connection, peer support, and treatment,” as mentioned in the bill.

Drug Policy in Iowa: Psilocybin Reform and the Right To Try Act

Iowa lawmaker Jeff Shipley (R) introduced two bills in one month, proposing amendments to the current state drug laws. Bill HF 459, introduced on February 9 is focused on “removing psilocybin and psilocin from the list of substances classified as Schedule I controlled substances under Iowa’s uniform ontrolled substances act.” This bill was Shipley’s third attempt at decriminalizing certain psychedelics in the state since 2019.

Another bill, HF 480, introduced by Shipley two days later on February 11, proposes decriminalization of Schedule I controlled substances for ‘treating patients diagnosed with a terminal illness or a life-threatening disease.’ While the first bill asks to de-regulate only the possession of small amounts of two psychedelic substances, the second is an expansion of the Right To Try Act —federal legislation enacted by former President Donald Trump’s administration— which would allow eligible patients access to MDMA, peyote, DMT, psilocybin, psilocin, and LSD via healthcare practitioners.

The psilocybin reform bill has been referred to the Iowa House Public Safety Committee while the bill to amend the Right To Try Act is under the consideration of Human Resources.

Kansas lawmaker Aaron Coleman introduced legislation on February 9 to reduce criminal penalties for ‘for distributing or manufacturing drugs, referring those found in possession of a controlled substance to drug abuse treatment and creating the crime of failure to comply with drug abuse treatment.’

Bill HB 2288 followed language similar to Oregon’s Measure 110, seeking to decriminalize simple possession of all drugs and imposing a fine of $100 for possession as a civil offence. While the penalty will be less severe, Coleman emphasized during the interview, “it will still be a felony.” In addition, the bill suggests mandatory drug treatment.

The failure to comply with mandatory drug treatment will be treated as “an unclassified misdemeanour punishable by up to five days in jail, a fine not to exceed $250 and a term of probation not to exceed six months,” the bill says.

In a bill similar to Connecticut’s, Texas lawmaker Rep. Alex Dominguez (D) pushed for drug policy reform on February 10 asking state departments to carry out a collaborative study in evaluating “the therapeutic efficacy of alternative therapies, including the use of 3, 4-methylenedioxymethamphetamine (MDMA), psilocybin, and ketamine in the treatment of mental health and other medical conditions.”

Bill HB 1802 would “evaluate and determine” whether alternative psychedelic-assisted therapies are effective in treating issues like depression, anxiety, bipolar disorder, and other related mental health concerns. The board is required to submit its findings by December 1, 2022.

“People should be able to seek alternative treatment for diseases like anxiety, depression, and PTSD, and we need to make science-based treatments available to those in need,” Sen. Wiener wrote to Truffle Report in an email response. “Moreover, given the severity of our mental health crisis, we shouldn’t be criminalizing people for using drugs that have shown significant promise in treating mental health conditions,” he added.

Bill SB-519 “would make lawful the possession for personal use” and “the social sharing” of psilocybin, psilocin, DMT, ibogaine, mescaline, LSD, ketamine, and MDMA for anyone aged 21 and above.

Sen. Wiener had expressed his intention to introduce the current legislation in November, soon after Oregon’s measures to decriminalize simple possession and legalize psilocybin-assisted therapy. The bill was strongly supported by Decriminalize Nature, an advocacy organization leading the drug policy reform movement in the U.S.

“It’s a really great piece of legislation everyone should rally around,” Carlos Plazola, Chair of Decriminalize Nature’s National Board told Truffle Report by phone. He added, “Our highest priority in working with Senator Wiener on this bill was to ensure that the indigenous people, people of colour, and all vulnerable people can have access to traditional plant medicine through the ‘grow-gather-gift’ model and we feel that we’ve achieved that through this bill and we’re excited to support it.”

Following drug policy reforms in two Massachusetts cities, state lawmakers introduced two bills in the state legislature on February 19. While one bill aims to establish an intra-agency task force to study equitable access to psychedelic plants, eventually legalizing entheogens, the other proposes to decriminalize possession of all drugs state-wide.

Bill HD 3439, titled ‘An Act relative to harm reduction and racial injustice, sponsored by  Rep. Mike Connolly (D) and representative Liz Miranda (D), focuses on ‘harm reduction and racial justice’ in Massachusetts. It will strike out section 34 from the state law that prohibits possession of controlled substances, lowering the punishment to a civil fine of ‘not more than’ $50 or a choice to participate in a ‘needs screening to identify health and other service needs.’ The screening would ‘address any problematic substance use and mental health conditions, lack of employment, housing, or food, and any need for civil legal services,’ and would be carried out by personnel who are trained ‘in the use of evidence-based, culturally and gender competent trauma-informed practices.’

Another bill, HD 3829, introduced by Connolly (D), directs the senate and the house chairs of the Joint Committee on Public Safety to appoint a task force to ‘compile and review research regarding the physiological and psychological effects of entheogenic plants and fungi’. The task force would also compile data and testimony on the experiences of other cities of the U.S. that have decriminalized possession to understand their harm-reduction strategies.

Vermont’s Slate of Bills to End the War on Drugs

Vermont lawmakers introduced a bill in the state legislature on February 23, decriminalizing a range of psychedelic or entheogenic plants and fungi that are used for medicinal, spiritual, or religious purposes. This bill is a part of a total of nine bills being introduced in the state assembly to meet a common drug policy reform goal: addressing the opioid overdose crisis and over-incarceration by ending the War on Drugs.

Rep. Brian Cina (P/D), Selene Colburn (P/D) and eight other co-sponsors backed the bill H-309, which is aimed at decriminalizing ‘certain chemical compounds found in plants and fungi’ including psilocybin, psilocin, ayahuasca, peyote, and mescaline. If passed, the act will come into effect on July 1, 2021.

The lawmakers are likely to introduce another bill in mid-March to decriminalize possession of all drugs. Besides that, there is another piece of legislation underway to decriminalize buprenorphine for therapeutic purposes and to replace criminal penalties for its use with treatment or a civil fine.

The bill HB 1176 sponsored by Michael Davis (R), proposes amendments to the existing Right-To-Try act in the state that allows patients with life-threatening conditions to access substances restricted by the Controlled Substances Act. The current state RTT act specifically excludes Schedule I substances.

If passed, the new legislation would allow patients to access restricted drugs that have not been approved by the U.S. Food and Drug Administration but have ‘successfully completed phase one of a clinical trial’. However, possession of substances without qualifying as an eligible patient would continue to be a misdemeanour under the proposed amendments.