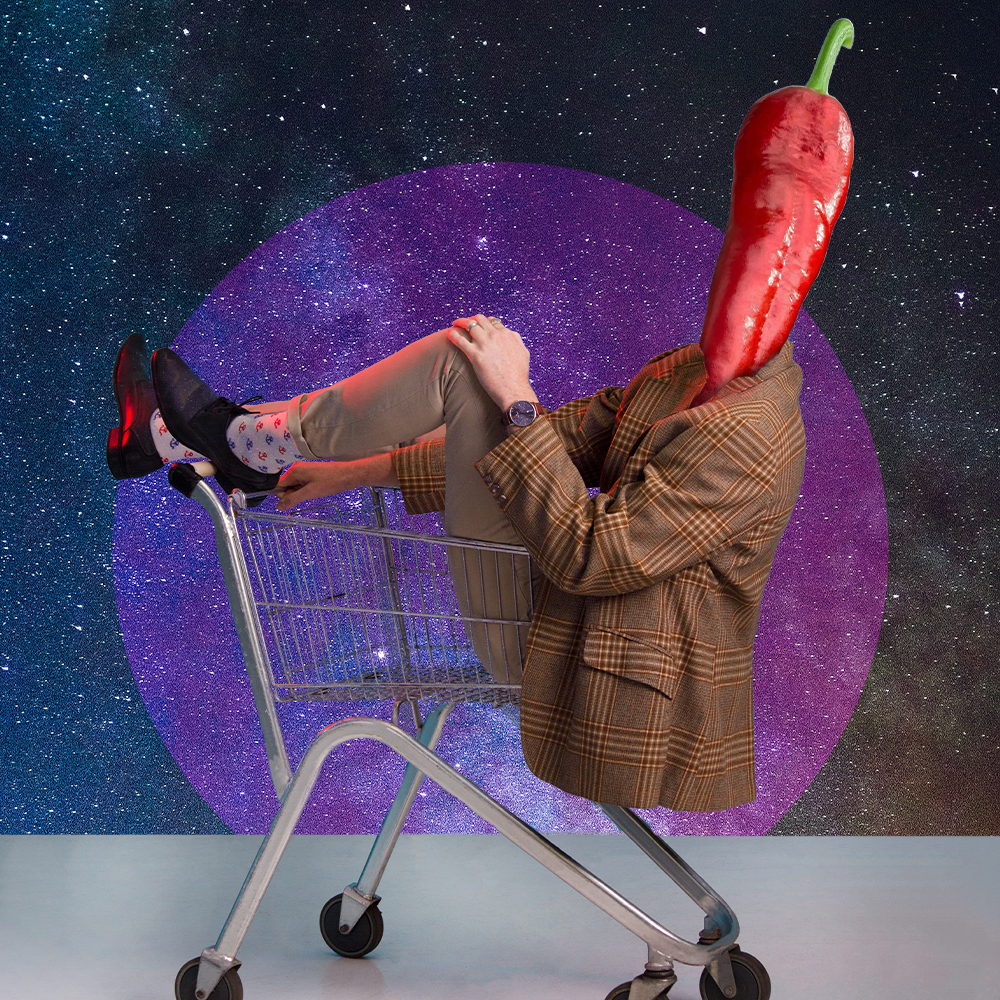 Trippy Foods: What To Eat With Caution

There are plenty of everyday edibles that can have an unusual effect on the body and mind beyond trippy psychedelic mushrooms. Truffle Report looks at a few foods that can induce hallucinations, visions, and other effects.

Nutmeg is a popular spice which comes from the seeds of a tree called Myristica fragrans and can cause a hallucinogenic effect that some compare to psychedelic drugs. M. fragrans is an evergreen tree that grows in Asia, Africa, on certain Pacific islands and in North and South America. Originally from Indonesia, nutmeg was ‘discovered’ and brought to the West by the Portuguese in 1512.

The effects of nutmeg can range from mild anxiety and fear to full panic, and can occur up to four hours from the time of ingestion. The psychedelic effect allegedly lasts one to two days and can resemble an LSD-induced state. Our sources say that to achieve these effects a person has to consume at least two tablespoons, or between 5 to 15 grams of nutmeg, sometimes much more.

Long-term use of nutmeg in doses of 120 mg or more can cause nausea, irregular heartbeat, hallucinations and, in some cases, death. Some anecdotal reports on Reddit say that “nutmeg isn’t worth it” and “it gives a slight drunky feeling and a stomach ache.”

Fresh rye bread is a delicious and safe food, and a staple of many diets. However, when it becomes mouldy, it can cause some serious hallucinogenic reactions. One of the most common grain fungi is ergot, which contains several psychoactive chemicals. Ergot is believed to have played a role in the Salem witch hunt of 1692, as well as the Dancing Plaque in 1518. Ergotism or ergot poisoning was often called “Holy Fire” or “St. Anthony’s Fire.” The ergotism food poisoning resulted in symptoms, such as hallucinations, a painful feeling of intense heat, convulsions, paralysis, and paranoia.

Just so we’re clear, ergot is a terrible poison. Probably best not to try this one at home.

This ingredient is widely used in baking, and can be found in some of our all time favourite foods like bagels, lemon loaves, and cakes. Poppy seeds come from the seedpod of the opium poppy. When harvested, these seeds can absorb opium extract. This extract is used to make opioid drugs, such as heroin, morphine, and codeine.

Poppy seeds are usually consumed in beverage form, such as a tea. The effects of tea could last for at least 24 hours and can start as little as 15 minutes after consumption.

One user wrote on Reddit, “Feels just like standard morphine in my experience but the effect lingers for the entire next day if I take it at night.”

Another said, “It is just as addictive as heroin, or any other opiate. It WILL cause tolerance and withdrawal (which fucking blows (I guess we should not keep this one?) and will slowly eat your soul, and wallet.”

In the U.S., poppy plants are considered a Schedule II controlled substance, with the exception of the seeds, which can be legally purchased.

Mulberries have been used for years in Chinese and Indian medicine to treat various health conditions such as coughs, fevers, and inflammation. However, consuming unripe mulberries can result in stimulation of the nervous system, hallucinations, and stomach aches. According to the author Tom Brown and his Guide to Wild Edible and Medicinal Plants, mulberries made him feel “strangely sick and dizzy.”

“The landscape felt as if it were made of liquid and I was a small boat. Everything was moving up and down. Animal and bird voices sounded strange and mystical. I felt disoriented and forgot where I was and where I was going. Out of the corner of my eye I began to see things move; shadows became animated, and colors strange. The sickness continued until I fell to the ground vomiting, yet laughing at the overall hilarity of the situation. The condition worsened and I began to tremble, feeling paranoid and extremely nervous. I mistook every rustle of the brush for a wild dog, and my imagination began to run wild,” he wrote.

Chilis don’t have any psychoactive substances; however, they do contain the alkaloid capsaicin. Capsaicin is a compound that makes hot peppers hot, and can stimulate the body to over-produce the endorphins that can make a person feel excited, drunk, and sometimes high. The euphoria created with these chemicals is similar to a “runner’s high.”