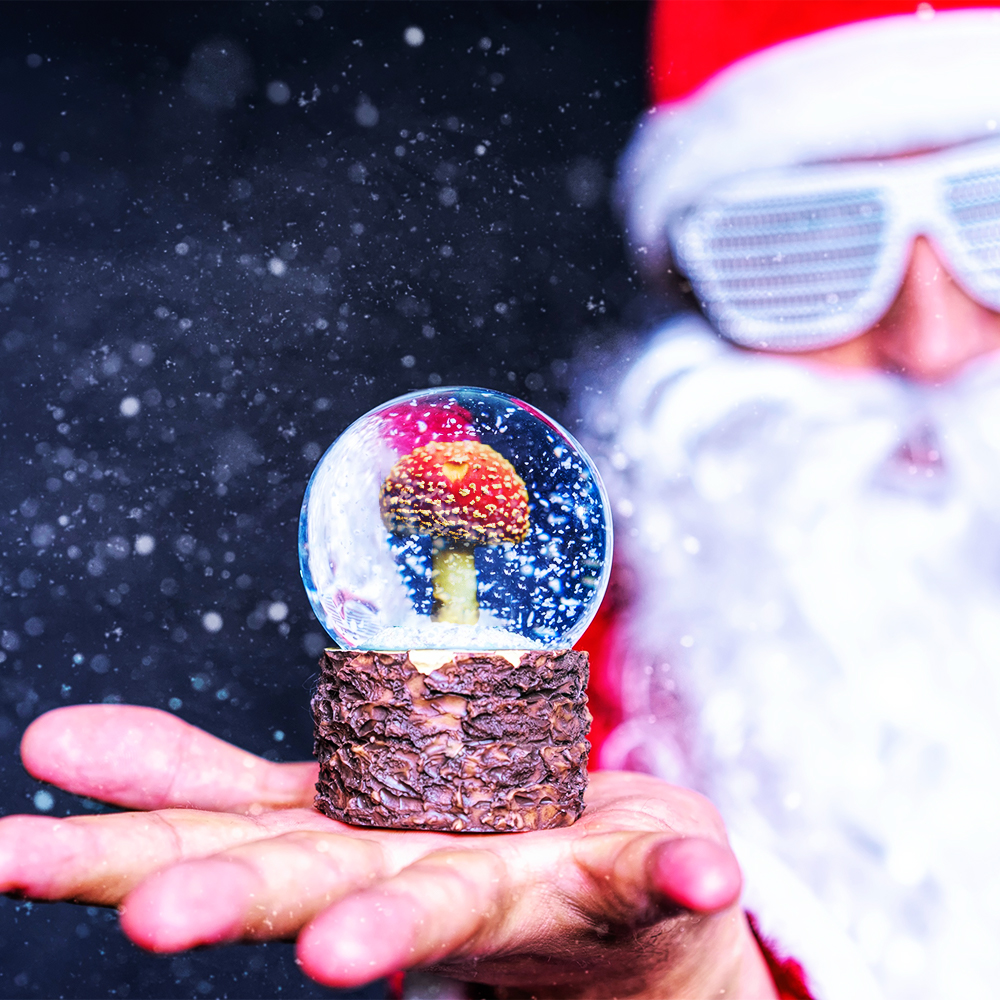 Christmas is just around the corner, but what if we were to tell you that our culturally ingrained image of Santa Claus may have its roots in Siberian shamanism and psychedelic mushrooms?

Santa Claus derives largely from Saint Nicholas, a fourth-century Greek Christian saint known for his generosity and miracles. For hundreds of years, St. Nicholas was the patron saint of many, including children, and was the gift-bringer on his celebration day, December 6. In the Netherlands, families decided to change the image of St. Nicholas as a gift-giver to Sinterklaas. The first visual representation of Santa Claus and his association with Christmas was shaped in 1821 by an anonymous illustrated poem “The Children’s Friend.” A poem by Clement Clark Moore, “A Visit from St. Nicholas,” more commonly known as “The Night Before Christmas,” was responsible for the modern image of Santa Claus and a sleigh driven by reindeer.

According to one theory, the story of Santa Claus may be linked to hallucinogenic mushroom-eating shamans from the Arctic and Siberian regions.

Amanita muscaria, also known as fly agaric, is the most easily recognized mushroom on the planet. Unlike magic mushrooms which contain psilocybin, the psychoactive components of fly agaric are ibotenic acid and muscimol. These chemicals stimulate the neurotransmitters in the brain, resulting in a feeling of intoxication and euphoria, and are mainly located inside the skin of the cap on young mushrooms. The age of the mushroom, seasonality, and location can decrease the effect of the toxic chemicals. A. muscaria is well-known for its hallucinogenic effects in humans and was used for centuries for religious, therapeutic, and social purposes in Siberia, and by the people of Lapland, a region in northern Finland. The effects may take quite a long time to appear and can last from six to eight hours.

The Eastern part of Siberia was isolated from the rest of Russia for much of its history. In Siberian folklore, reindeer loved eating Amanita muscaria, and were always associated with the hallucinogenic mushroom. Under the influence, the reindeer became heavily intoxicated and made strange noises. Since people who have eaten dried Amanita muscaria often report flying as one of the hallucinations, reindeer on psychedelic mushrooms were also endowed with these magical properties in the local tradition.

However, reindeer were not the only ones who ate these jolly red mushrooms. Siberian shamans dressed in ceremonial red and white jackets (which resemble the appearance of Amanita muscaria) went to pick psychedelic mushrooms. Fly agaric usually grows under pine trees. Author James Arthur theorizes that these mushrooms have a symbiotic relationship with the trees. In his book “Mushrooms and Mankind,” he explains the meaning of the Christmas tree and the location of the red-and-white presents, which resemble the A. muscaria mushrooms.

“Why do people bring pine trees into their houses at the Winter Solstice, placing brightly colored (red and white) packages under their boughs, as gifts to show their love for each other…?” he wrote. “It is because, underneath the pine bough is the exact location where one would find this ‘Most Sacred’ substance, the Amanita muscaria, in the wild.”

Shamans would often hang them on the branches of the pine tree and wait for them to dry out before taking them back home. Sometimes, the mushrooms were dried out in a sock over a fire. These psychedelic mushrooms were later consumed during religious rituals.

“The ancient shamanic use of Amanita muscaria in Siberia is well documented. Despite governmental oppression against its use, there are still many who refuse to accept the authorized state religion and continue the shamanic traditions in secret. Just as the Siberian shaman (commonly dressing in red and white) would enter through the opening in the roof of a home where a ritual was to be done, Santa Claus also arrives on the roof and enters through the chimney. Just as the shamans would gather the mushrooms in bags which they would bring with them when performing a ceremony, Santa Claus also (on the Holy Day) brings presents in a bag,” wrote Arthur.

The active hallucinogen passed into the urine, which shamans valued for its psychedelic activity. Local lore says reindeer would often follow inebriated shamans and participants of the ceremony if they decided to relieve themselves, eating or drinking the urine from the snow to become intoxicated themselves. Since the mushroom became less toxic after being filtered through the digestive system, the urine from reindeer was likewise regarded as a safer hallucinogen. Christmas spirit?