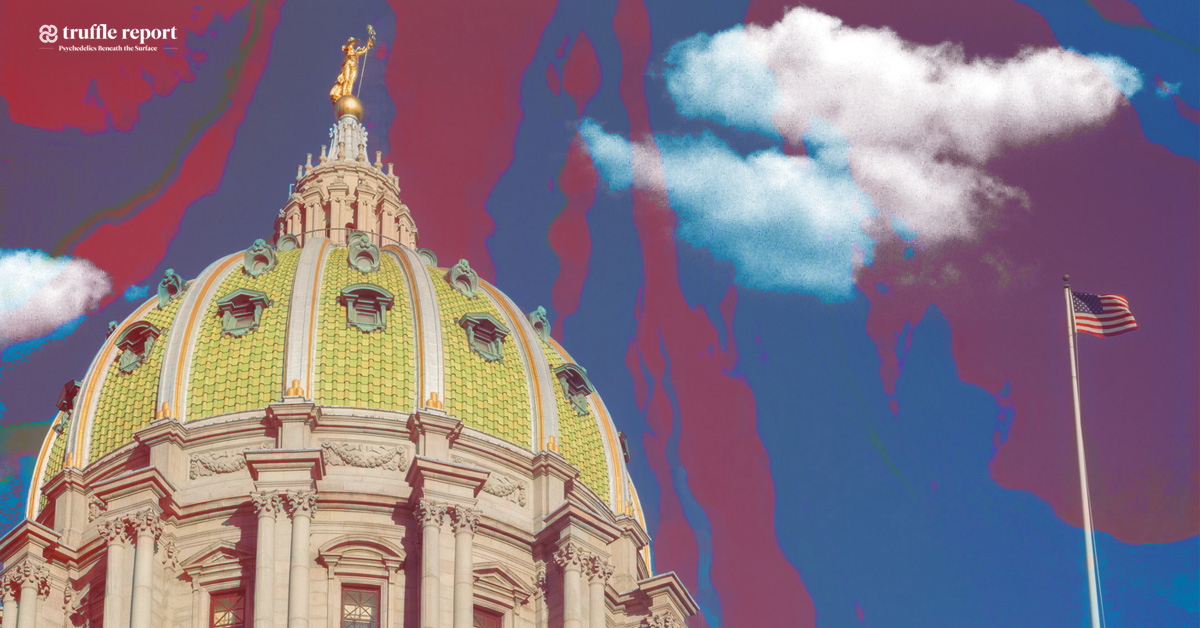 House Bill 1959, introduced by Rep. Tracy Pennycuick, is being supported by 20 lawmakers — 10 Republicans and 10 Democrats — who are all pushing to form a “framework for research” that would “discover innovative methods to optimize the public health benefits of psilocybin.”

“This is a bipartisan effort because combat trauma and PTSD do not discriminate based on party lines,” Rep. Pennycuick told Truffle Report.

She continued, “My co-prime sponsor (Rep. Jennifer O’Mara) is the wife of a combat veteran with Traumatic Brain Injury and PTSD. We came together for the common goal of finding viable solutions to PTSD.  We are working together to make lives better for veterans with PTSD and the larger community of those who suffer from PTSD.”

The bill titled ‘Public Health Benefits of Psilocybin Act’ was introduced on October 6 and asks the state Department of Health to “identify and authorize two or more qualified entities to plant, grow and cultivate natural psilocybin mushroom products solely for use in the clinical studies.”

With a specific focus on mental health, especially among veterans, Rep. Pennycuick believes that this bill will help place Pennsylvania on the front lines of developing new treatments for mental health issues.

“As a combat veteran who has PTSD, the potential benefits of psilocybin are intriguing. That is why I have authored House Bill 1959 in the Pennsylvania House of Representatives,” Rep. Pennycuick said. She served in the U.S. Army for 26 years.

More than 47 million Americans are suffering from mental health concerns in 2021, the bill notes. In the U.S., the suicide rate for veterans is 1.5 times greater than that of civilians, with 22 deaths on average each day.

“After hearing firsthand from veterans who have undergone treatment using psilocybin with great success, I think a clinical study in Pennsylvania is appropriate,” Rep. Pennycuick says. “If it can serve as a treatment option for veterans dealing with PTSD that enables them to stop taking numerous pills for the rest of their lives with varying success, then I think it merits further investigation.”

If the bill passes, researchers or investigators from the entities chosen by the Department of Health would be required to submit quarterly reports to the state governor, lieutenant governor, and each member of the General Assembly on the progress of the clinical trials.

Final findings including the results of the clinical trials, analysis of the current state of available research related to psilocybin, an overview of federal law, and challenges faced by state legislators with respect to establishing a regulatory framework for psilocybin-assisted therapy would be due by January 1, 2025.

An advocacy organization, Reason for Hope, is advising lawmakers on the Pennsylvania psychedelic research bills. Brett Waters, the founder of the non-profit organization advocating for psychedelics, told Pittsburgh City Paper that there are no specific details about funding in the bill yet.

The bill also says that the state Department of Health must “prioritize the approval of clinical studies specific to the treatment of veterans and retired first responders and their family members” when funding is allocated for the study.

The lead co-sponsors filed a memo earlier in July, announcing the introduction of the bill. Rep. Pennycuick and Rep. O’Mara wrote, “Given the broad range of conditions and symptoms for which psilocybin has proven highly safe and effective, the state of Texas recently passed a law (HB 1802) to study the efficacy of psilocybin to treat PTSD in veterans.”

“However, despite the promise this treatment shows, federal law threatens to derail the potential public health benefit psilocybin-assisted therapy may provide by severely restricting the supply of psilocybin and driving up its costs via hyper-regulation,” the memo read.