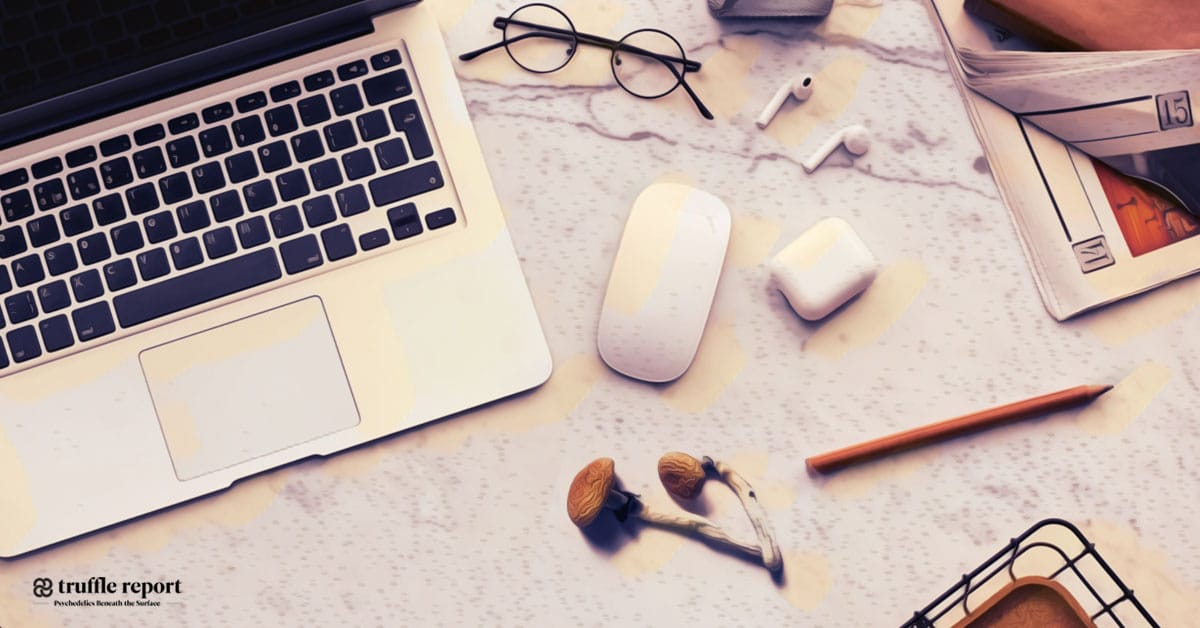 Truffle Report has compiled a roundup of major psychedelic business news stories from the week of January 31-February 4, making it easier for you to access these insights in one place.

On Tuesday, Elemental Advisors announced the launch of NYSE:PSYK, a new exchange traded fund that tracks the performance of the Enhanced Consciousness Index. A full summary of PSYK’s portfolio is available here.

This new ETF joins (and should not be confused with) Horizons’ NEO:PSYK, Advisorshares’ NYSEARCA:PSIL, and Defiance’s NYSEARCA:PSY in offering diversified exposure to the psychedelics sector.

“Mental health issues, such as depression, PTSD and substance abuse, continue to be big societal problems, which have likely grown due to COVID-19 and the subsequent lockdown environment. While current treatments for these conditions can often be inadequate, there’s been some recent groundbreaking research that has shown psychedelic compounds to be a safe and effective treatment for people suffering from these illnesses,” said Tim Collins, a founder and President of Elemental Advisors. “For these reasons, coupled with the growing societal and regulatory acceptance of psychedelics, we believe that the psychedelic drug market is on the cusp of realizing its true potential and that the PSYK ETF can be an attractive option for savvy investors who are looking to gain access to this burgeoning segment on the ground floor.”

Mydecine Innovations announced on Tuesday that it had submitted a Pre-IND brief to the U.S. Food and Drug Administration in advance of its Investigational New Drug meeting scheduled for February 28.

The planned study involves the use of MYCO-001, a pure psilocybin analogue, for psychedelic-assisted therapy aimed at smoking cessation, and is being conducted by Principal Investigator Dr. Matthew Johnson, Ph.D., Professor of Psychiatry and Behavioral Sciences at Johns Hopkins University. Pending approval, the Phase 2/3 study is slated for launch in Q2 2022, and will build on previously established work into smoking cessation by Dr. Johnson and the Johns Hopkins team.

“We are excited to move forward on this important study, and our team has been working diligently to ensure that our pre-IND package is complete,” said Mydecine CEO Josh Bartch. “Tobacco use is the greatest single, preventable cause of death in the world,” he added, “yet there are few safe and effective treatments for nicotine addiction. As the only company currently investigating a psilocybin compound for smoking cessation, Mydecine is proud to be at the forefront of this research.”

On Thursday, Entheon Biomedical announced the ethics committee approval of a Phase 1 clinical trial evaluating the pharmacokinetics, pharmacodynamics and safety profile of DMT, to be conducted at the Centre for Human Drug Research, in Leiden, Netherlands, with patient screening scheduled to begin this month.

“DMT’s unique metabolic and neuroprotective properties, together with its record of safe human use in the scientific literature, suggests that it is an ideal candidate for therapeutic administration,” says Dr. Andrew Hegle, Chief Science Officer of Entheon. “However, it is crucial that we thoroughly investigate the pharmacological properties and safety profile of infused DMT in a clinical setting, and fully characterize its effects on the central nervous system. These results will form the basis for Entheon’s phase 2 efficacy trials for nicotine cessation and the treatment of other substance use disorders.”

Business and clinical highlights included the progress of DMT-analog drug candidate SPL026 through the first phases of clinical trials for Major Depressive Disorder, as well as the expansion of Small Pharma’s IP Portfolio to a total of four patents granted and 56 pending applications.

Small Pharma disclosed its total cash on hand as $45.6 million for the period in question.