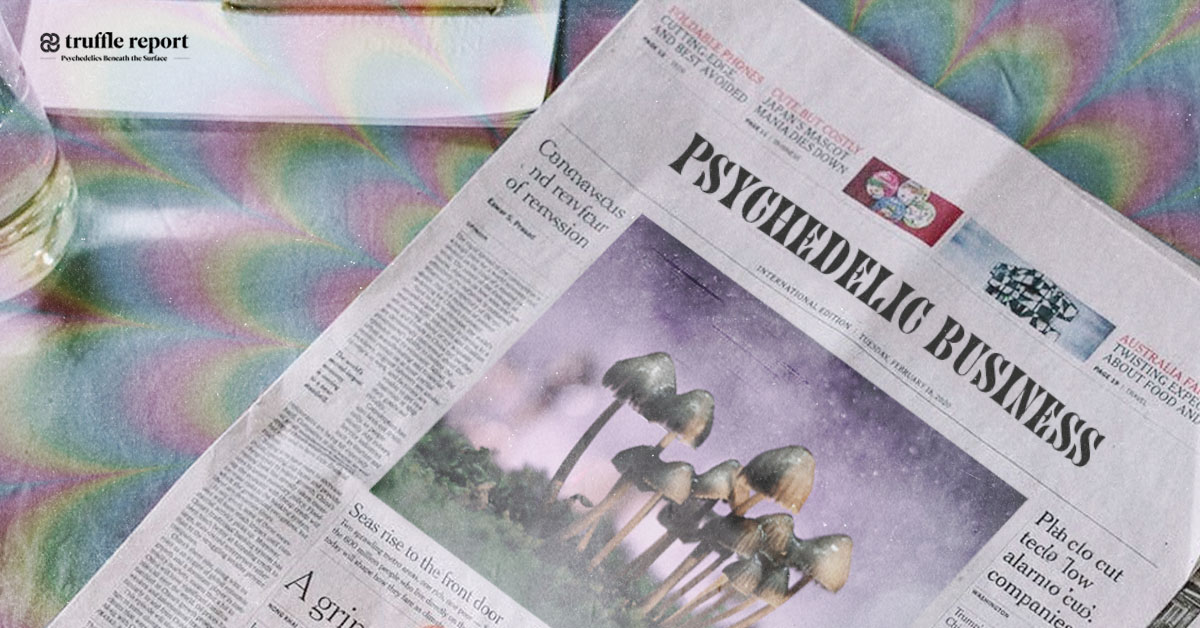 Truffle Report has compiled a roundup of major psychedelic business news stories from the week of January 24-28, making it easier for you to access these insights in one place.

MindMed announced on Tuesday that it had received the go-ahead on an Investigational New Drug application from the United States Food and Drug Administration for MM-120, a proprietary LSD formulation. MindMed is now able to proceed with Phase 2b of its clinical trial for generalized anxiety disorder using MM-120.

Participant enrollment is expected to commence in early 2022.

“FDA clearance of our Phase 2b clinical trial represents a major milestone, for MindMed and for the industry as a whole,” said Robert Barrow, Chief Executive Officer and Director of MindMed. “This trial, the first commercial study of LSD in more than 40 years, builds on productive discussions with FDA and provides an opportunity to explore improvements in anxiety symptoms following a single administration of MM-120. Further, the results of this trial will guide the dose selection and development strategy for our pivotal Phase 3 clinical trials, as well as deepen our scientific understanding of the clinical effects of MM-120 and its underlying mechanisms of action.”

Over the past week, both Numinus Wellness and Filament Health (through its subsidiary Psilo Scientific) announced that they had been included on Health Canada’s list of licensed psilocybin suppliers. Thanks to recent amendments to Health Canada’s Special Access Program, doctors are now able to request emergency access to restricted drugs, including psilocybin mushrooms, for patients with urgent, unmet medical needs.

A full list of licensed providers is available through the federal agency to those seeking medical psilocybin.

“Numinus is glad to see Health Canada committing to broadened mental healthcare access, starting with those in most need,” said Payton Nyquvest, CEO and Founder of Numinus, in a release published on Thursday. “As clinical evidence grows, we look forward to making more treatments available and further advancing the development of psychedelic therapies and mental health innovations.”

“Our inclusion in this list will aid us in adding to our growing number of partnerships in the Canadian psychedelic ecosystem,” said Benjamin Lightburn, CEO of Filament Health, in a release published on Wednesday. “We commend Health Canada on their continuing support of the SAP and of scientific research into psychedelics.”

The Multidisciplinary Association for Psychedelic Studies announced on Wednesday that its protocol for MDMA as an adjunct to psychotherapy has been granted an Innovative Licensing and Access Pathway Innovation Passport by Health Authorities in the United Kingdom.

The period has seen numerous milestones, including new partnerships, undertaking research into hypoactive sexual desire disorder, and licensing agreements for proprietary technology. Mind Cure closed the quarter with a cash position of $13.4 million, having operated at a net loss for the three months ended November 30, 2021 of $2.95 million, comprised of cash operating expenses of $2.9 million, non-cash operating expenses of $0.3 million and an unrealized gain of $0.2 million.