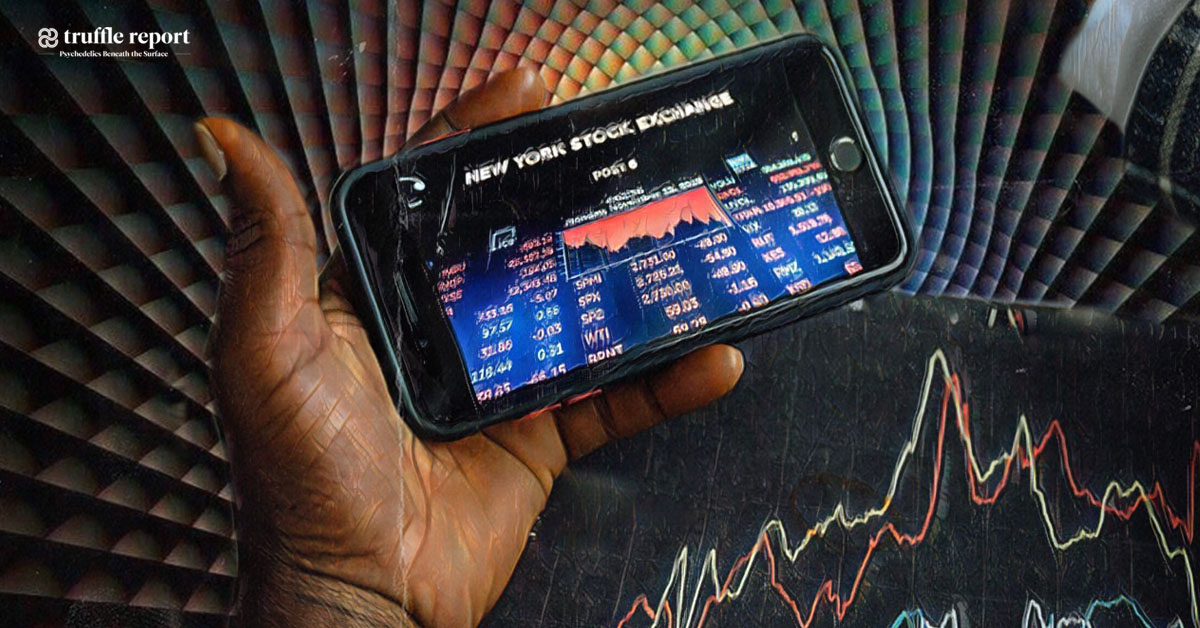 Truffle Report has compiled a roundup of major psychedelic business news stories from December 6-10, making it easier for you to access these insights in one place.

Toronto based psychedelic biotech company Cybin Inc. announced that it has confirmed a scientific advice meeting with the UK Medical and Healthcare Products Regulatory Agency for Q1 of 2022. The meeting is necessary to continue the development of Cybin’s novel psilocybin derivative CYB003 for the treatment of major depressive disorder and alcohol use disorder under the UK’s regulatory framework.

“Encouraged by positive preclinical findings that demonstrated the advantages of our novel deuterated psilocybin analog over oral psilocybin for the treatment of mental health, we are moving rapidly to progress CYB003 toward clinical development. We are looking forward to engaging with the MHRA to determine next steps for our clinical development path evaluating CYB003 for the treatment of MDD and AUD in the UK,” said Doug Drysdale, Chief Executive Officer of Cybin.

“CYB003 was designed to address the shortcomings of existing treatments, while retaining the therapeutic benefits of oral psilocybin. We believe that CYB003 has the potential to achieve better patient outcomes, including less variability, faster onset of action, shorter duration of effect, and improved brain penetration. As a society, we need to prioritize the treatment of mental health, and Cybin is committed to taking these next important steps toward progressing psychedelics to therapeutics,” concluded Drysdale.

MindMed Inc. announced on Thursday that it had held a pre-submission meeting with the United States Food and Drug Administration concerning the development of its psychedelic session monitoring system. Discussions included a working Indications for Use statement, and a development roadmap for the proposed device.

“We regard our regulators as key stakeholders throughout the device development process and seek meetings with FDA as early and often as feasible. These regulatory engagements provide the opportunity to thoroughly and continually discuss and assess alignment around the various considerations, which are essential to the success and adoption of MindMed’s Session Monitoring System’s regulated components” said Daniel R Karlin, MD MA, Chief Medical Officer of MindMed. “The FDA is supportive of our plans to develop regulated devices that would allow the use of novel analyses of multimodal data to capture, model, and map outputs that, if cleared, could be useful to clinicians and patients in the delivery of psychedelic and other perception-altering substances.”

Florida-based psychedelic drug developer Psilera Bioscience confirmed on Monday that PSIL-002, it’s patented non hallucinogenic DMT derivative, was safe and well tolerated, and did not seem to produce any hallucinogenic effects in rodent subject testing. The substance was administered at dosages between 0.5 to 100 mg/kg in mice.

“This biological data is key to our vision of reducing side effects such as hallucinations while further optimizing classical psychedelics into next-generation drugs,” said Dr. Chris Witowski, Co-Founder and CEO of Psilera, Inc. “Compounds like PSIL-002 have the potential to reach new patient populations in need with greater access than current models, especially for those suffering from conditions where hallucinations may be undesirable. We’re delighted to validate the results from our BRAIN platform and look forward to further data readouts to bolster our dataset and intellectual property strategy.”

Functional and psychedelic mushroom grower Optimi Health announced on Tuesday that it had completed construction of it’s Princeton, British Columbia facility and had requested a final site inspection from Health Canada in order to be granted its proposed Controlled Drugs and Substances Dealer’s Licence.

​​“Regulations are critical and necessary for building product safety and efficacy,” notes Company CSO Justin Kirkland. “With the tools we now have available, we are highly confident in our ability to isolate high purity natural psilocybin from our own mushroom harvest. We are looking forward to working with Health Canada, and other global regulatory agencies in order to deliver the finest all-natural products wherever possible.”