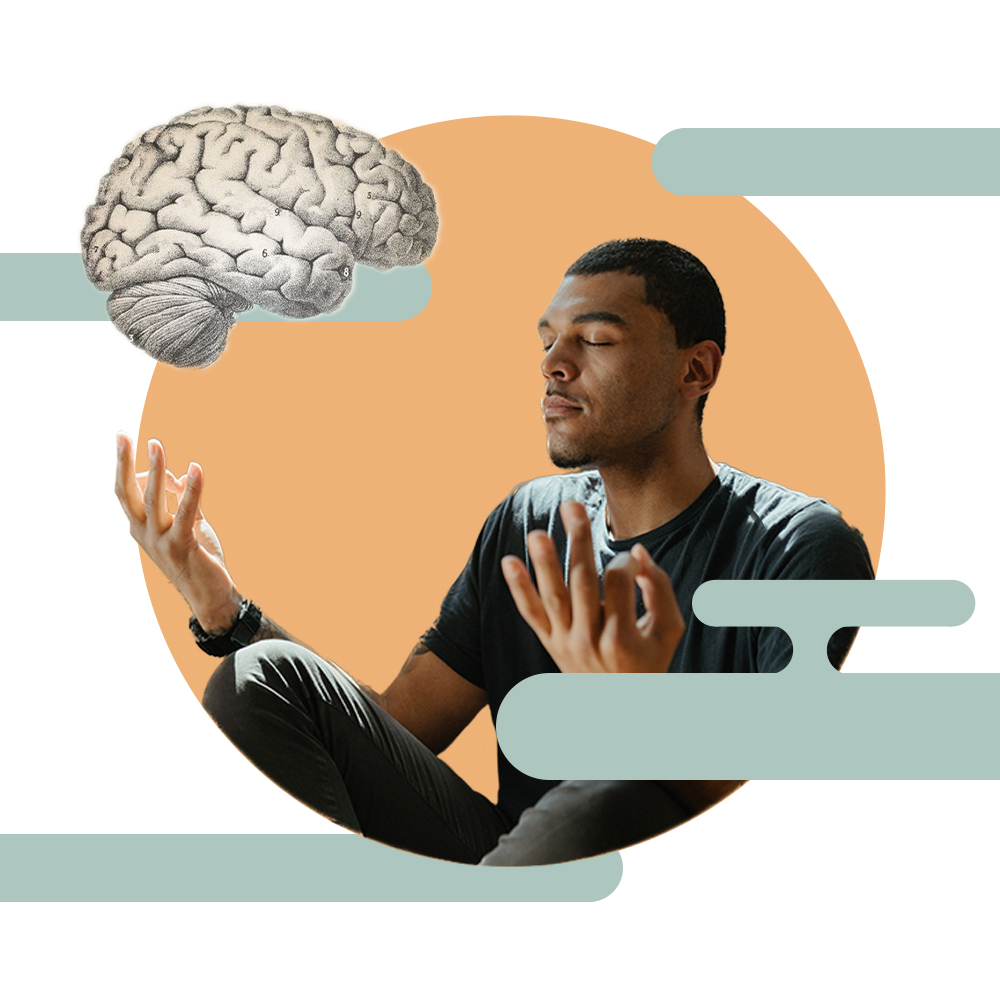 Psychedelics or Meditation? This is Your Brain on Zen

What Exactly is Meditation?

There are several varieties of meditation: some of which have historic, cultural, or even religious roots, while others are more casual and secular in nature. Meditation has been practiced for thousands of years, often with the goal of seeking harmony and understanding with the mystical. More recently, it is being employed to reduce stress and anxiety in an increasingly fast-paced society.

Common elements include controlled breathing, which may be accompanied by the recitation of a phrase or mantra. Other variations, like tai chi, yoga, or qigong employ the use of controlled physical movements to promote a sense of relaxation. Guided meditation is a method in which a teacher or facilitator will guide meditators through a visualization, and may encourage them to focus on a relaxing image or place.

Another common feature of meditation —a quiet, comfortable space to practice in —mirrors the psychedelic principle of “set and setting”. In either case, being comfortable beforehand can influence mindset and create a more positive, beneficial experience.

How are Meditation and Psychedelic Therapy Alike?

There is a very broad overlap between the reported effects of psychedelic microdose therapy and a consistent meditation routine. Proponents of either method often claim to experience positive effects such as:

Both psychedelic therapy and meditation practice have been practiced by different cultures throughout history —and both have re-emerged as a popular response to a stressful and fast-paced modern lifestyle.

A goal of meditation, known as mindfulness, involves a detachment from daydreams or fears in order to be more present in the moment, reducing stress by “uncluttering” the mind. Some have suggested that ayahuasca may be useful in mindfulness therapy, since ayahuasca users have been shown to be more open to psychotherapeutic intervention after the psychedelic effects have subsided.

Taking Care of Your Mind

There are several proven chemical effects that a consistent meditation routine may have on a practitioner’s brain. Research conducted on experienced meditators revealed an increase in both alpha and theta waves in the brain —decreased levels of which have both been associated with anxiety.

Higher levels of serotonin have been recorded in individuals after a meditation session, resulting in an improvement in mood. Meditation has also been found to stimulate the prefrontal cortex which encourages the production of gamma aminobutyric acid (GABA) —a molecule which encourages a calm attitude and better sleep patterns. Melatonin, another chemical that encourages better sleep patterns, has been proven to increase greatly after a session of meditation.

The focused nature of meditation can also help people break free of cyclic thought patterns. Like psychedelics, which have been known to disrupt the brain’s default mode network, this potentially has applications in the treatment of addiction and substance abuse.

Too Much of a Good Thing

For as far-reaching as the benefits of meditation appear to be, it is not necessarily a panacea —and too much of it can be a bad thing. A study in 2017 which focused on long-term meditators identified certain challenges that arose for some of them. Among these adverse effects were hallucinations, an eroded sense of “self”, delusions, and the potential to relive traumatic or painful moments.

Classic Buddhist writings warn of “zen sickness” and hallucinations, known as “makyō” — so these effects are far from novel. It is also worth acknowledging that this study focused on dedicated meditators and teachers, many of whom practiced for several hours daily. It is possible that smaller, more casual meditative sessions may be analogous to a “microdose” in psychedelic language, with less intense effects.

Possibilities for Meditation and Psychedelics

Similarly, due to meditation often being suggested as a supplemental therapy for conventional anxiety or depression treatments, it may also augment the positive effects of a psychedelic microdose regimen. If this is an idea that interests you, however, it may be best to keep your meditation routine short and casual for a little while.