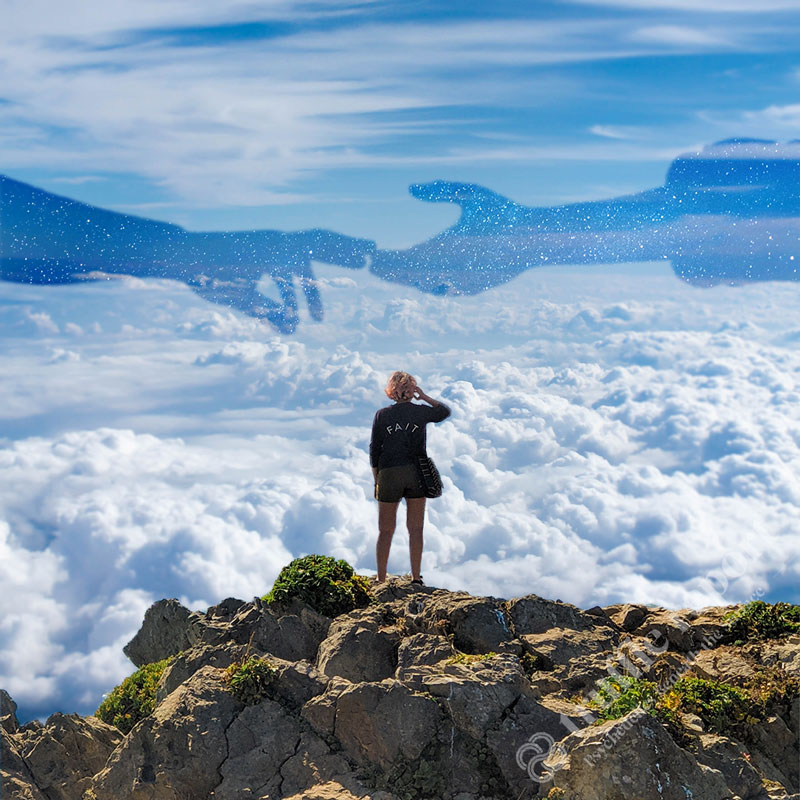 In recent years there has been a resurgence of psychedelic research promising relief for those suffering from conditions like anxiety, treatment-resistant depression, and PTSD. Scientists and therapists who have worked with psychedelics to better understand their healing abilities are emerging from the underground into mainstream clinical trials. Truffle Report looks into different approaches used in psychedelic therapeutic practices that can aid in individual, group, or family healing.

Somatic therapy is a body-oriented holistic therapy. The term somatic is of ancient Greek origin and means “affecting the body.” This method is focused on the connection between the mind and body and uses both psychotherapy and physical therapies for healing. The therapy itself can be performed in either an individual or a group setting. Somatic therapists use various physical techniques to help people who suffer from anxiety, depression, addiction, and other mental health problems. The therapy helps identify and challenge problematic patterns, release emotions and bodily tensions, and overcome past trauma.

According to the California Institute of Integral Studies, somatic psychotherapies combine “traditional approaches to counseling, including dream work, talk, interpretation, and reflection, with experiential explorations. The underlying insight in somatic psychotherapies is that we enact self-feeling, identity, and connection with others through bodily means. We reach out or pull away, are warm or cold to people, are emotional or restricted in our feelings.”

The two approaches of somatic therapy to trauma healing are somatic experiencing and sensorimotor psychotherapy. According to Amy Gladstone, LCSW, Ph.D., the two are very “distinct therapies with differing goals. Their founders had different objectives in mind; Peter Levine (SE) wanted to learn how to heal human trauma from observing animals in the wild, while Pat Ogden (SP) wanted to synthesize body and talk therapies to heal traumatic and developmental wounds. As a result, there are fundamental distinctions in their notion of therapeutic action; their understanding of the role of feelings, words, and thoughts in treatment; and their ideas about the therapy relationship. For example, SP has developed specific techniques for emotional and cognitive processing which plays a very important role in SP treatment. In comparison, because SE is an approach based on animal behavior, it does not treat higher order functioning in the same systematic way that it treats autonomic nervous system imbalance for which it has a highly developed protocol.”

The focus on the body can help sufferers move forward in  psychedelic sessions when they are stuck in the processing of the trauma.

“My orientation to the body’s essential role in PTSD recovery, from years of psychotherapy practice informed by Peter Levine’s Somatic Experiencing certainly informs my work in the MDMA sessions. But there is another aspect that this question uncovers: With MDMA on board, the participants do not need to rely so much on the therapist to find the missing resources they need to face their traumatic memories and rewrite them. Because the inner healing intelligence is so present and so active in the participants, we don’t need to provide cues, suggestions, and structured therapeutic techniques which are so needed in ordinary therapy. Instead, the participant and the therapist both benefit from the massive resources provided by the MDMA, so that the splintered parts of the self can reintegrate,” said Will Van Derveer, M.D., a clinical researcher in MAPS’ study of MDMA- assisted psychotherapy for PTSD in Boulder, CO.

Cognitive behavioural therapy is a form of psychological treatment used to address depression, anxiety, substance use disorders, and other mental illnesses. In practice,  therapeutic sessions focus on the here-and-now and the problems that arise in day-to-day life. CBT is one of the most practiced therapeutic techniques and is used to help sufferers in identifying what thoughts, beliefs, and attitudes affect their feelings and behaviours.

The core concept is based on the idea that thoughts, emotions, and behaviours are connected and can affect patients’ actions. CBT can help sufferers learn coping strategies that may assist them in dealing with the root causes of mental health challenges.

CBT is often used in a conjunction with psilocybin and MDMA during clinical trials. In a landmark tobacco dependence study conducted by Roland Griffiths, Matthew Johnson, and a group of other researchers at Johns Hopkins, 15 chronic cigarette smokers underwent CBT combined with supervised psilocybin administration. The results showed that 80 percent of that group remained abstinent at six months.

CBT was also used in MDMA trials for PTSD. Six couples with varying levels of baseline relationship satisfaction in which one partner was diagnosed with PTSD participated in a condensed version of the 15-session CBCT protocol delivered over seven weeks. According to the study, “MDMA holds promise as a facilitator of CBCT to achieve more robust and broad effects on individual and relational functioning in those with PTSD and their partners.”

The Hakomi Technique is a body-centred approach that was developed in the late 1970s by Ron Kurtz. This method uses mindfulness and an awareness of the body to uncover hidden facets of the patient’s unconscious mind during sessions. Hakomi offers the potential to reach deep into the patient’s memory and access fundamental beliefs that shape life choices, the perceptions that sufferers may have, and how patients respond to life.

The Hakomi Technique is based on five principles:

This therapeutic approach was developed by Richard Schwartz in the 1980s and is focused on a sufferer’s self and internal “parts.” Initially, the IFS was developed to help those who suffer from eating disorders, and later moved on to other mental health disorders such as anxiety, substance use disorders, depression, and suicidal ideation.

The core concept is the existence of self and working with the self in parts, which IFS divides into three types: Exiles, Managers, and Firefighters. IFS uses the language of parts to describe the psychic organism which collectively constitutes one’s personality.

Exiles are the parts that collect the most extreme memories and feelings that result from childhood experiences. They hold the experiences of abuse, humiliation, and shame. Managers control and run day-to-day life to protect the system from the Exiles. Firefighters are the reactive parts of the system that focus on controlling and extinguishing feelings, resulting in such behaviours as smoking, overworking, or boosting adrenaline.

“IFS is a transformative, evidence-based psychotherapy that helps people heal by accessing and loving their protective and wounded inner parts. We believe the mind is naturally multiple and that is a good thing. Just like members of a family, inner parts are forced from their valuable states into extreme roles within us. We also all have a core self. Self is in everyone. It can’t be damaged. It knows how to heal,” states the IFS Institute.

This therapy finds and addresses multiple sub-personalities, each with its own perspective, interests, memories, and viewpoints. Since psychedelics connect to a person’s inner self and consciousness, IFS may provide a powerful tool to reboot and restructure the patient’s relationship with the inner self for a possible road to recovery.

Opium and the 19th Century Romantics

Michael and Annie Mithoefer are trained IFS therapists, and have integrated this method into their work. When Mithoefer was asked if he learned anything from MDMA-assisted therapy that other IFS therapists could benefit from knowing, he said, “I have learned how well the spontaneous observations and experiences of our participants map onto IFS, including both parts and the self.” He added, “In my experience, people are hungry for this perspective. Dick didn’t make it up – IFS taps into real phenomena.”

Gestalt therapy was created and developed by Fritz and Laura Perls in the 1940s and 1950s as an alternative to conventional psychoanalysis. The word gestalt comes from the German for “form” or “shape.” It is a client-centred approach to psychotherapy that helps patients focus on the present and understand what is happening right now rather than analyzing past experiences or worrying about the future.

The core focus of Gestalt therapy is awareness. The sufferer is encouraged to become more aware of their own feelings and behaviours, and their effect on the environment here and now. The therapy can help those who suffer from anxiety and depression, and is also a useful tool for gaining greater self-awareness. Gestalt therapists do not aim to change their patients, but rather to assist them in finding or developing that self-awareness.

Pioneering psychedelic therapist Claudio Naranjo, M.D. described his experience by saying, “MMDA lent itself admirably to Gestalt work, better than MDA. It not only focused on the here and now but also enhanced work involving imagery—not archetypal imagery like LSD and the fantasy enhancers but personal imagery, as in ordinary dreams (I put iboga and harmala in the category of fantasy enhancers). Furthermore, I found that MMDA often triggered psychosomatic symptoms and lent itself to exploration of this domain. All in all, I think that through the use of MMDA in conjunction with Gestalt therapy I helped many people. Discovering the specific excellence of MDA and MMDA in the facilitation of psychotherapy was like having twins in more than an intellectual sense, but the winds of adventure inclined me to the new.”

Mindfulness is an open and nonjudgmental way of relating to sufferers’ experiences. The focus is on increasing awareness of the feelings, thoughts, and actions that influence the patient’s progress. Mindfulness-based approaches to therapy, such as mindfulness-based cognitive therapy (MBCT) and mindfulness-based stress reduction (MBSR) both teach mindfulness meditation. However, MBCT also integrates cognitive behavioural techniques as a component of the treatment.

“Mindfulness is awareness that arises through paying attention, on purpose, in the present moment, non-judgmentally,” said Kabat-Zinn, creator of the MBSR program. “And then I sometimes add, in the service of self-understanding and wisdom.”

The biggest part of mindfulness therapy is done outside the clinic and is focused on patients doing meditation, exercising, painting, and trying to implement mindfulness in their daily lives.

According to a double-blind study published by University of Zurich, mindfulness meditation can enhance the positive long-term effects of a single dose of psilocybin. Researchers recruited 40 meditation experts who were taking part in a five-day mindfulness retreat. Participants were administered either a single dose of psilocybin or a placebo on the fourth day of the group retreat.

“Psilocybin markedly increased the incidence and intensity of self-transcendence virtually without inducing any anxiety compared to participants who received the placebo,” said primary author Lukasz Smigielski, who conducted the study directed by UZH professor of psychiatry Franz Vollenweider.