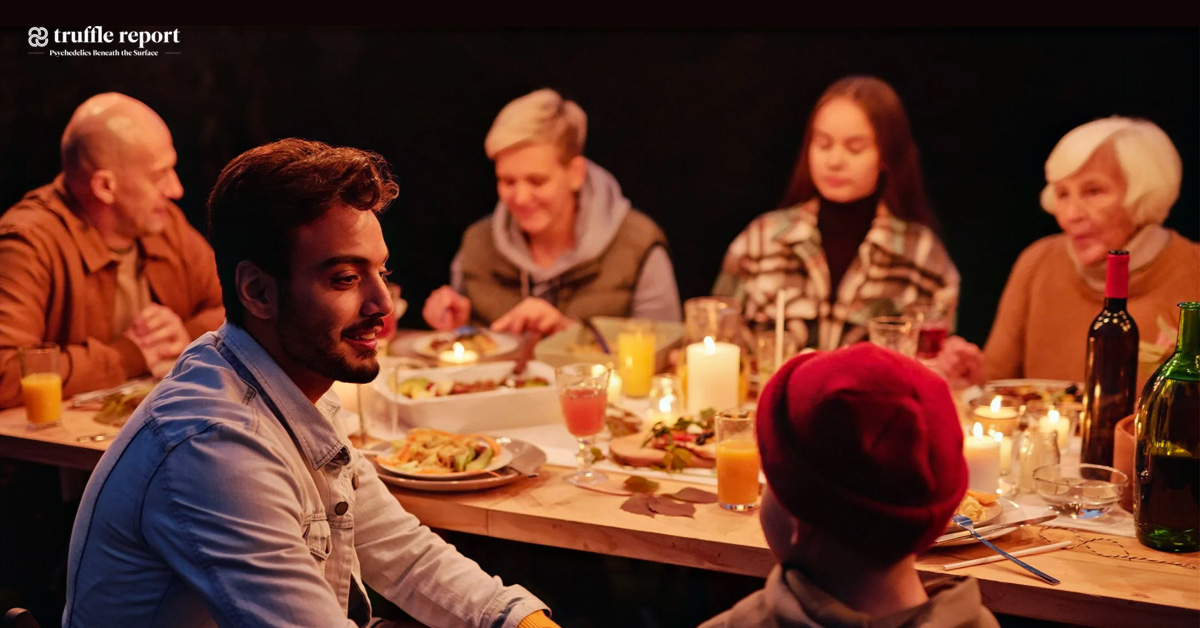 Truffle Report was proud to be the official media partner for the latest installment of the #CanndoraConnect: Women in Psychedelics event series. The event, held on December 8, brought together female leaders from the industry and included two panels and a round-robin-style networking opportunity.

The Explosion of Mainstream Media Coverage

The first panel focused on the topic ‘The State of the Psychedelics Industry,’ and featured CannDelta CEO and co-founder Sherry Boodram, TheraPsil Director of Communications Holly Bennett, and Wake Network Chief Scientific Officer Olga Chernoloz. Moderator — historian Erika Dyck — first asked the panelists how they have seen the psychedelics sector change since entering the industry.

In August 2020, the first exemptions under Canada’s Controlled Drugs and Substances Act to access this therapy were granted to four patients experiencing end-of-life distress. “It’s really snowballed from there,” Bennett said.

The second significant change Bennett has observed is how the mainstream media coverage and conversation around psychedelics has exploded during the past year. “There were whispers in the mainstream. It was few and far between,” she said. “It’s a dinner table conversation now. I’m getting texts from aunts and messages from long-lost friends [about psychedelics].”

Boodram, who works in the regulatory side of the psychedelics industry, said she had noticed an evolution in the types of organizations in the sector seeking licenses to work with psychedelics. “Previously, it was pharmaceutical companies or academic institutions. Now we are seeing companies that are uniquely created to work in this space exclusively with psychedelics or cannabis companies looking to diversify,” she explained.

But this has a downside. “Health Canada is becoming more in tune with the fact that there is a new industry that is being created — it’s causing them to ask more questions, and there are delays in applications,” Boodram said.

The Impact of the Pandemic on the Psychedelics Industry

Chernoloz said one of the good things to come out of the COVID-19 pandemic was the fact that people now speak more openly about mental health and potential therapies. “We have, in part, cannabis to thank for that,” she said. “It’s easier now to see these tabooed substances beyond the labels that we are used to seeing them behind.”

The psychedelic renaissance is being driven by science, Chernoloz said. She explained that the research scene was vastly different from just a few years ago. “If we looked at three years ago, we would see a few major companies doing research in this area and a few major academic institutions who were brave and persistent enough to try and get their hands on these controlled substances to do their research,” she said.

“Today, because of the growing acceptance [of psychedelics] and the tremendous need for new mental health treatments, there are dozens of [psychedelic] research centers around the world, primarily supported by philanthropic initiatives. It’s also become a reality for private companies. There are 40-some companies listed on major exchanges that are dedicated psychedelics companies. This has opened up the research space so much more.”

She also noted that earlier research focused on “basic” substances such as psilocybin, LSD, and MDMA. “Now through the involvement of industry groups, we are expanding to a full pharma approach, and there are companies trying to come up with better molecules that have more optimal profiles, and there is more research into different therapeutic indications,” Chernoloz said.

The Need for Regulatory Change

Bennett said that while Section 56 exceptions allowing Canadians to participate in psychedelic-assisted psychotherapy have been great to open the door, regulatory change was still needed in Canada. “[Exemptions] are ad hoc, arbitrary — you can have two patients apply on the same day, and one can get approved in 24 hours, and one can wait for 250 days,” she said.

“The need for regulatory change is urgent. We’ve had several patients die, pass away, while they are waiting for exemptions.”

Chernoloz added that the way forward for psychedelics was to take real-life practices and put them through the rigor of clinical trials. “That way, what people are doing on their own gets validated and recognized by healthcare professionals,” she said.

Tips for Women Working in the Psychedelics Sector

The second panel, ‘Exploring Career Opportunities in Psychedelics,’ featured Wakeful Travel founder Jenalle Dion and Microdose Psychedelic Insights Chief of Staff Christina Cassen. Both spoke about how their personal connection to psychedelics was an important driver of their career choices.

When asked about what advice they had for other women interested in entering the psychedelics space, Dion recommended making connections through LinkedIn and reaching out to others in the sector to learn about their experiences. “Go ask questions,” she said.

She also recommended gaining an understanding of plant medicine and its history and traditions. “If you work with the medicine yourself, that shines through to any employer. It’s good for them to know that you know it’s hard work — it’s not all unicorns and rainbow visuals,” she said.

Cassen’s top advice was to be courageous. “It might be scary getting into an emerging industry and one where there has been a stigma, and there still is in certain parts of the world with certain groups of people,” she said. “Your bravery will go a long way. Success will follow.”