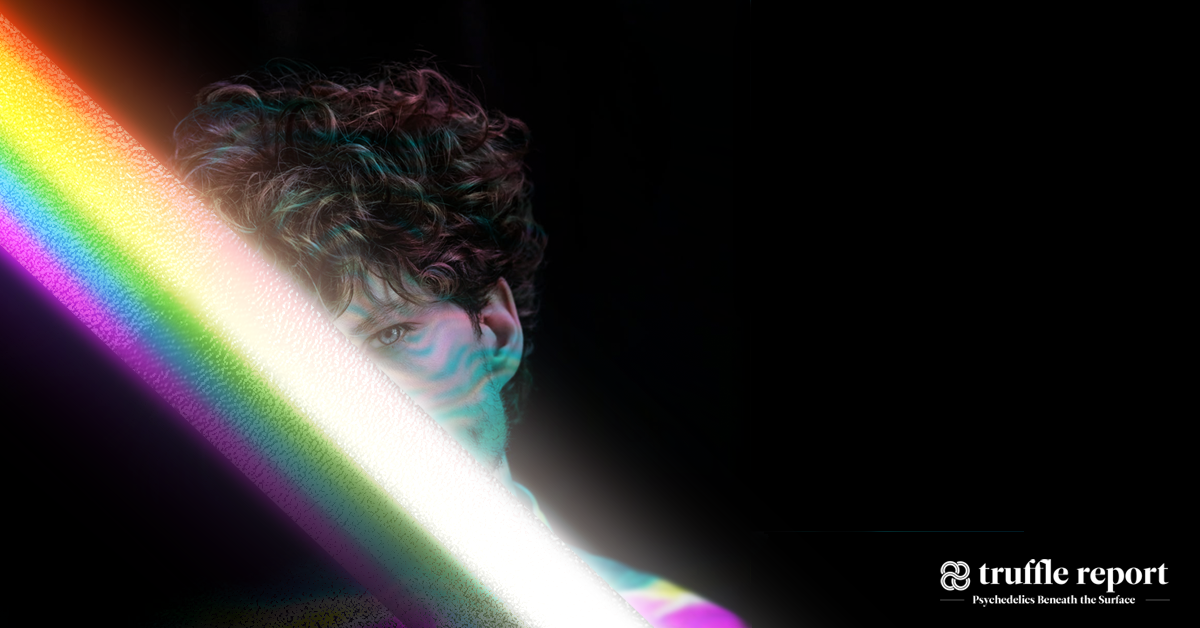 The Tragic History of Psychedelics and Conversion Therapy

Peter Gajdics was 24 years old when he was rejected by his family for coming out as gay. It was the late 1980s and Gajdics, who was feeling “depressed and very isolated,” turned to his family doctor for help. The doctor referred him to a Victoria, B.C. psychiatrist for psychotherapy, whom Gajdics calls Dr. Alfonzo in his 2018 memoir The Inheritance of Shame. Little did Gajdics know that for the next roughly six years, Alfonzo would attempt to make him heterosexual through the series of homophobic and harmful practices we know today as conversion therapy.

One component of the anti-LGBTQ2+ and dehumanizing “treatment” regime Gajdics was subjected to involved the use of ketamine. The first time the psychedelic substance was used on Gajdics was in a group primal therapy session, where he was given an injection while being pushed to scream out how much he hated being gay. “It was unannounced, without any warning or explanation,” Gajdics remembers. “I was sobbing and crying when he actually injected me.”

That first dose of ketamine quickly turned into weekly injections during “reparenting sessions” to help his “inner child” or “inner sexuality.” During those sessions, Alfonzo would act as a “surrogate father”, and a hired woman as a “surrogate mother.” Gajdics would be dosed with the psychedelic and forced to sit in the lap of Alfonzo or this hired woman, “cuddling and coddling” in a disturbing pantomime of heteronormative family life. Ketamine “numbs you, and it’s a dissociative drug, and this is exactly what would happen during these sessions,” Gajdics remembers. “Ketamine typically exacerbated whatever underlying feelings were there,” he says, “so at times, there was a sense of euphoria, (or) there was a sense of just overwhelming terror and dread.”

Gajdics stopped seeing Alfonzo after six years of conversion therapy, but the trauma was long-lasting, manifesting in self-harm, large gaps in his memory, strained relationships with family members, and, most crucially, over half a decade of his life wasted. “I knew that what had been happening to me was unspeakable, I had no real way to articulate the horror of it all, but I certainly felt enraged, betrayed, violated, raped, such overwhelming shame and embarrassment,” says Gajdics.

A Brief History of Conversion Therapy

While Gajdics’ story might sound rare or extreme to those outside the LGBQT2+ community, the long and continuing history of conversion therapy — as well as the use of psychedelics in this repressive practice — says otherwise. The roots of conversion therapy, defined here as any practice that attempts to change a person’s sexual orientation to heterosexual or gender identity to cisgender, are often traced back to German psychiatrist Albert von Schrenck-Notzing. In 1889, Schrenck-Notzing claimed he had quashed a gay man’s sexuality and turned him straight through forty-five hypnosis sessions, and subsequent trips to a brothel. In the following decades, castration, injections of cocaine solutions and strychnine, testicle transplants, physical abuse, electroshocks, and lobotomies have also been used in conversion therapy.

A 2016 report from the Southern Poverty Law Center identifies the theories of psychoanalysis fathered by Sigmund Freud as forming “the basis of what most conversion therapists today believe.” While the report notes that Freud did not demonize gay people per se, and doubted sexuality could be changed, he viewed homosexuality as a form of “arrested psychosexual development.”

The growth of conversion therapy was reinforced by widespread medical and societal beliefs. Up until 1973, for example, the American Psychiatric Association classified homosexuality as an illness in its Diagnostic and Statistical Manua of Mental Disorders. However, the diagnosis of “sexual orientation disturbance” for people “in conflict with” their sexual orientation” was not removed from the manual until 1987. The World Health Organization didn’t remove homosexuality from its International Classification of Diseases until 1992. Consensual sex between two men has also been criminalized in Canada well into the 21st century, taking the form of bathhouse raids and the use of gross indecency charges.

While conversion therapy has been deemed harmful, unethical, anti-LGBQT2+, and ineffective by a consensus of experts, the practice continues to wreak havoc on peoples’ lives and well-being. One 2019 report found conversion therapy continues to take place in at least 80 countries, including Canada and the United States. In Canada, one survey published earlier this year found as many as one in five gay, bisexual, trans, Two-Spirit and queer men in the country report having being subjected to sexual orientation, gender identity, or gender expression change efforts. Of them, almost forty percent (or 47,000 men) report experiencing conversion therapy. A 2019 study from UCLA found about 700,000 have undergone conversion therapy in the U.S.

As Gajdics’ experience shows, psychedelics have played a role in conversion therapy as well. Perhaps the most prominent Canadian example of the use of psychedelics in the practice is at Hollywood Hospital, a private for-profit clinic that was located in New Westminster, B.C. before it was demolished to make space for a strip-mall in 1975.

Run by Dr. J. Ross McLean from 1954 onward, Hollywood Hospital — which opened as Hollywood Sanatorium in 1919 — is well-known for the psychedelic therapy that was offered there, usually focusing on addiction, and drawing in a number of celebrities and elite clientele. The work of Andrea Ens, a Ph.D. student at Purdue University in Indiana who holds a master’s degree in history from the University of Saskatchewan, sheds light on the conversion therapy that took place at Hollywood Hospital as well. Ens wrote her 2018 thesis at the U of S on the use of psychedelics in conversion therapy, which was also paired with psychotherapy, at Hollywood Hospital from 1955-73.

At least 12 men — all of whom came to the hospital voluntarily, and came from white, middle-class backgrounds — underwent the “treatment,” including a Roman Catholic priest, a political studies professor, an 18-year-old clerk-typist, school teachers, and actors. Their reasons for seeking out “treatment” at the hospital were varied, but could include dissatisfaction with previous romantic or sexual relationships, marital troubles, worries about having and caring for children, or even fear of personal and sexual immaturity.

After a standardized screening process, the men would be taken into what Ens describes as a “big, taupe-coloured room with dark green drapes and a large couch.” The men would then lay down and be given “truly heroic doses” of either LSD or mescaline and trip for the next eight to twelve hours. Hospital staff would remain in the room for most of the time while records played in the background, pictures of family members were shown, and patients were urged to look into mirrors to “encourage them to reflect on themselves and their life experiences,” says Ens. After the “treatment,” the men were encouraged to stay the night at the hospital and write detailed reports of their experiences.

To grasp the rationale behind using psychedelics in conversion therapy, at least at Hollwood Hospital, Ens says it’s important to understand the popularity of Freudian psychoanalysis in mainstream culture at the time. “LSD was understood as a form of sort of rapid psychoanalysis,” says Ens, where people could sometimes achieve the therapeutic results they were looking for through one or two psychedelic doses compared to years of traditional treatment.

While Ens says follow-up information on the 12 men was scarce, three of them claimed “success” in later correspondence with the hospital. “Few homosexuals in our group have attained a satisfactory heterosexual adjustment, yet many have derived marked benefit in terms of insight, acceptance of role, reduction of guilt and associated psychosexual liabilities,” Ens quotes a hospital report in her thesis.

The links between psychedelics and conversion therapy don’t end at Hollywood Hospital. For example, Timothy Leary, the LSD maven, said in a 1966 Playboy interview that “LSD is a specific cure for homosexuality” (although he later changed his position). The late Richard Alpert (also known as Ram Dass), another figure at the forefront of popular conceptions around psychedelics, published a study in 1969 in The Journal of Sex Research where he attempts to extinguish a bisexual man’s attraction to other men using LSD.

In an article for Chacruna, Dr. Clancy Cavnar outlines how others in the 1960s also focused on using psychedelics in conversion therapy. A 1962 study that dosed twelve gay men with LSD, pairing the sessions with psychotherapy, claimed to turn seven of the men straight. In a 1967 research review, P. G. Stafford and B. H. Golightly claimed “the insights which some homosexuals have had from LSD therapy have enabled them to marry happily, adjust to an existing marriage, or decide that they are essentially homosexual and want to stay that way.” The two recommended that LSD be used in the treatment of “transvestism, fetishism, and sadomasochism” as well.

The links between psychedelics and conversion therapy were also a topic of discussion at a panel on equity, diversity and access in psychedelic medicine at the 2020 Interdisciplinary Conference on Psychedelic Research. Yale psychologist Alex Belser highlighted the need to examine and acknowledge the history of psychedelics in conversion therapy, which “is still continuing today in some less overt but still implicit ways.”

Pathways to Criminalization and the Need for ‘Queering Psychedelics’

Gajdics says he will keep speaking out and sharing his experience in conversion therapy to continue to raise awareness about the practice, and to push for bans at all levels of government. “I wouldn’t doubt that (today) there could be some person struggling with their sexuality or gender identity who could fall into the hands of somebody using one of these drugs, and that’s all it takes, it’s a perfect storm,” says Gajdics. “You get the person who’s struggling, you get the practitioner who’s homophobic, and you’re off to the races.”

For Ens, the history of the use of substances like LSD, ketamine, and mescaline in conversion therapy highlights the urgent need for “queering psychedelics.”

“We predominantly associate psychedelic use with the straight white man, college-age, from a position of economic and social privilege,” says Ens. “Widening the scope of psychedelic research applications, for example, encourages us to rethink who uses psychedelics and for what purpose? How might psychedelics inform not only positions of power in social relationships, but how might psychedelics be transformative in peoples’ understandings of themselves and their identities?”