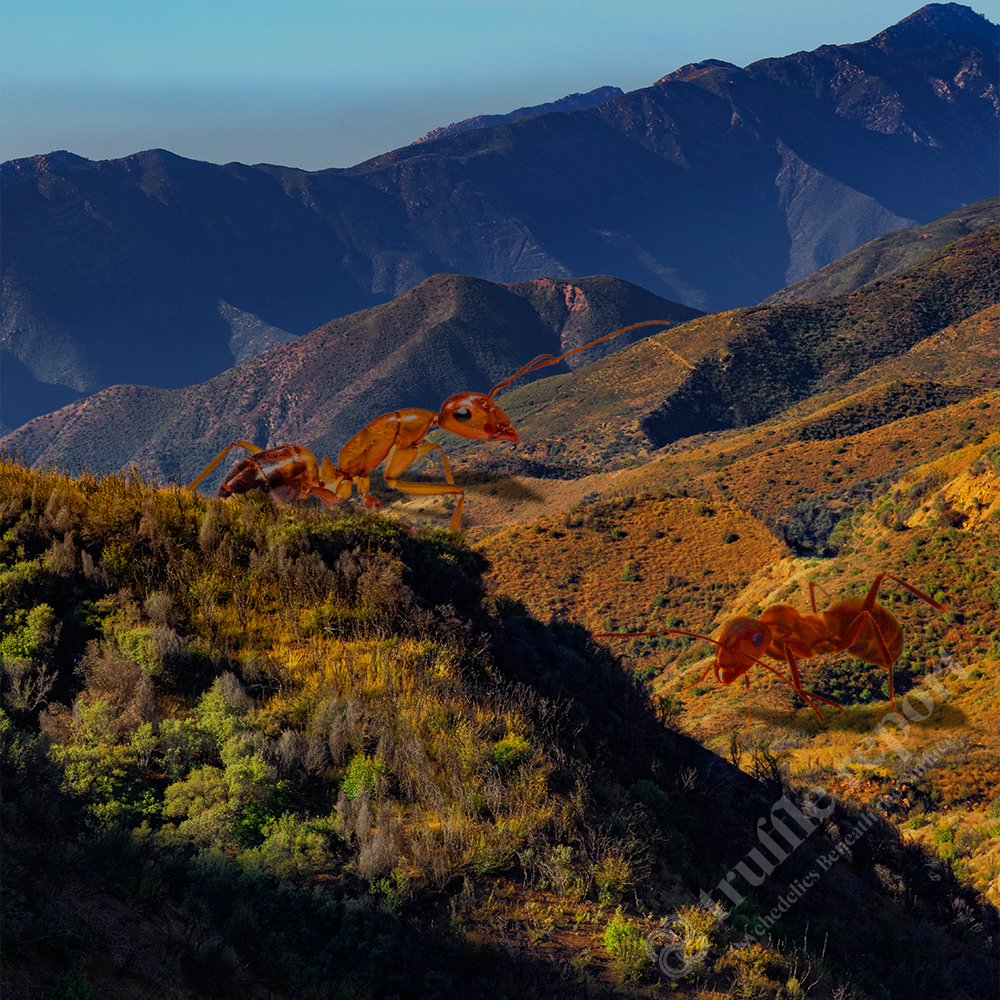 The Mystery of Psychedelic Ant Visions

Recently, we’ve gone into detail about several species of creatures that naturally produce compounds that can manifest psychoactive effects in humans. It seems like the deeper we explore this topic, the less we actually know about it. Among amphibians like the Sonoran Desert toad, we know exactly which species produce hallucinogenic compounds and which chemicals cause the effects. For psychoactive fish, we know which species of aquatic life can produce hallucinations among diners —but for the most part, we have yet to figure out why. There are ethnographic reports of ants that can cause hallucinations, but we aren’t entirely clear on which species were consumed for this reason —much less how they caused hallucinations at all.

In order to discuss the tradition of consuming ants to produce visions, we have to rely largely on ethnographic reports from the early 20th century. The tradition appears to have mostly died out by this time. For many Native American communities throughout present-day Southern California, consuming ants in order to attain a visionary experience was apparently a common practice. These included the Tubatulabal, Kitanemuk, Kawaiisu, and certain Chumash groups. The ritual consumption of these ants sometimes occurred following the ritual consumption of datura among groups like the Luiseño — and were regarded as one of the three sacred medicines, along with datura and tobacco.

In preparation for the experience, the aspirant would need to observe a fasting period, even abstaining from water and sleep. An elderly ant doctor, preferably a woman, would administer 4-5 live ants at a time, wrapped in balls of eagle down. The subject would receive up to 90 of these, stopping if their eyes turned red and they started receiving visions. The goal was to obtain the assistance of certain “dream helpers” through these visions — either the spirit of an animal or a dead relative. These helpers would offer different skills and virtues, depending on the type of animal. They were seen as necessary to living a long and successful life.

It’s worth noting that this process could also have been entirely medicinal rather than for the purpose of a visionary experience. It was believed that ants could solve a variety of medical woes, including digestive issues or severe colds. The more ants emerged alive after the therapy, the longer the participant was said to live afterward.

Based on the available data, the consensus among researchers is that it was likely red harvester ants that these communities consumed for ritual purposes. Firstly, the distribution of ant ordeal practices aligns with the red harvester ants’ native habitats across Southern California. Secondly, the physical description of these ants match the red harvester — large (5-7mm long) and red, although a few sources cite ants that were yellow.

Lastly, the venom of the red harvester ant is said to be the most lethal among any arthropods. Little is known about this venom except for the searing pain that a single sting can cause —but it is possible that large, nonlethal amounts could produce a visionary experience in an afflicted individual. Assuming ant ordeal aspirants were consuming 90 doses of 5 ants in one ritual at the most, this represents only around 35 percent of the venom dose necessary to kill a 100lb human being —a dose that falls into the range for pharmacological effects.

It’s not fully understood how the venom of red harvester ants could produce hallucinations. In his 1996 research report (the most recent comprehensive report on the subject that I could find), Kevin P. Groark speculated a few possible ways that these effects could manifest. For one thing, datura is known for producing visions of friends and deceased loved ones. There is a distinct possibility that the ants were occasionally consumed concurrently with datura, also local to the region. This was not the case in every community that used ant medicine though, so it does not offer a complete explanation.

The simplest explanation would be that the venom contains compounds that affect serotonin, dopamine, or norepinephrine levels in the brain, like most classical psychedelics. Otherwise, it could simply be an endogenous bodily response to large amounts of venom. Groark also suggests the possibility of a cocktail of bioactive peptides within the venom — similar to how kambo enacts its  effects on humans using peptides like dermorphin, dermaseptin B2, and deltorphins.

Red harvester ant venom may be the niche-iest of niche psychedelics. Reports of its use in the last century are almost nonexistent. The period of fasting that Groark suggested was necessary to keep the ants alive in the digestive tract —as well as the discomfort of consuming large amounts of live ants —makes it unlikely that this psychedelic will ever see broad recreational use. As is proving to be the case with kambo, however, there may yet end up being untapped medicinal potential in this mystery venom.