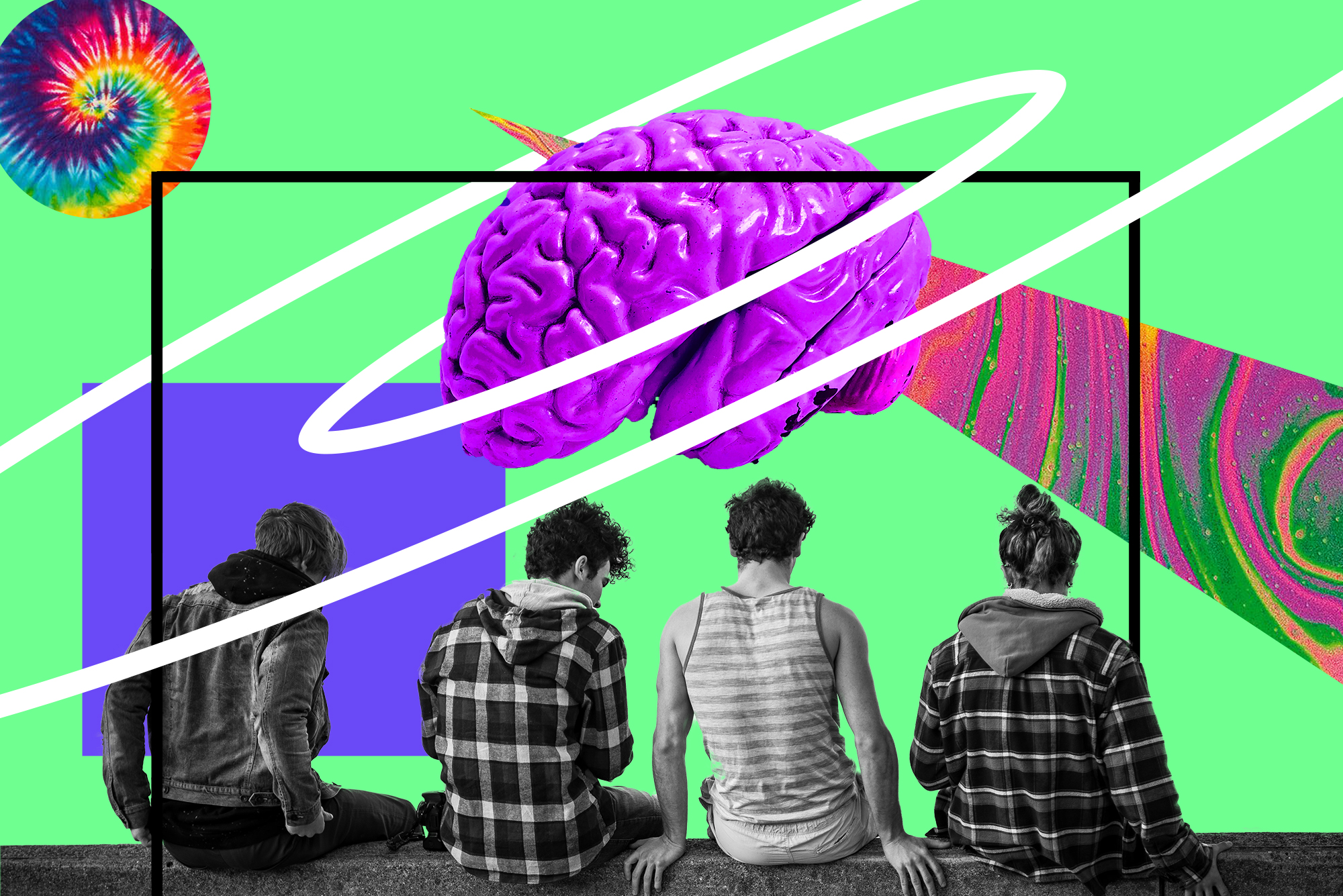 The Developing Mind and the Dangers of Psychedelics

90’s kids remember the “Just Say No” era of the War on Drugs. Spearheaded by Nancy Reagan in the mid 80’s and 90’s, “Just Say No” addressed drug misuse in high schools. The campaign gained momentum enlisting television shows, musicians, and even girl scouts to rally behind their cause. While Reagan’s campaign increased public awareness, it had little success reducing the harm caused by drug misuse in adolescents. Some studies suggest that it caused more harm than good, increasing alcohol and cigarette use in rebellious teens.

These days, marijuana and psychedelics are resurfacing in the mainstream, only now with more openness. Decriminalization, legalization, and their medical and therapeutic uses are hot discussion topics in North America. Alongside these reformative topics is the call for responsible and educated decision making. Regardless of brain development, psychedelics are potentially dangerous to the mind and the human psyche.

The growing accessibility of psychedelics demands a more thoughtful approach than “just say no.”  Young minds are still developing, and any neurobiological harm during such a formative period could cause serious long term damage. Studies of the effects psychedelics have on the mind are more important now than ever, if we are to integrate them responsibly and ethically into society.

Studies on adolescents, as with any clinical pursuit on human health, are delicate. Consent and ethics are at the forefront of any reputable psychologist’s mind. This means, however, the effects of psychedelics on the developing brain are largely uncharted territory.

What the Studies Say about Marijuana and MDMA

The University of Insubria in Italy conducted their study on rats, rather than humans. Associate professor of Neuroscience Tiziana Rubino, along with her associates, exposed female adolescent rats to THC and examined their brain functions over time. Their results suggest disruptions in the maturation of the neurotransmitter systems in the prefrontal cortex. The resulting cognition of the rats was indeed altered into adulthood, and the rats exposed to THC in adolescence were slower at solving mazes than the control group, and seemingly worse with memory and learning.

A similar study performed by the University of Illinois’ Department of Anatomy and Cell Biology supports these findings. This has stirred concern regarding drug use in adolescents, and the long term complications that could arise.

Another major concern with the developing mind is the potential risk of psychiatric disorders, specifically schizophrenia. In a Yale University study of ecstasy’s effects on adolescents, the Department of Psychiatry and the Department of Pediatrics teamed up to test for cognitive deficits in adolescent MDMA users. Using verbal examinations and fMRI scans, Dr. Jacobsen and her colleagues found evidence of prolonged reaction times and a failure to normally deactivate the left hippocampus, the portion of our brain that processes memory and divides attention. They conclude, “MDMA use in adolescence may be associated with cognitive impairments and dysfunction of inhibitory circuits within the hippocampus.”

As with so many areas of psychedelic inquiry, further research is needed. External variables are nearly impossible to avoid in these kinds of studies. There are socio-economic considerations, family history, and other issues around cause and effect to take into account.

“Although considerable evidence implicates cannabis use as a component cause of schizophrenia, it remains unclear whether this is entirely due to cannabis directly raising the risk of psychosis, or whether the same genes that increase psychosis risk may also increase risk of cannabis use,” another study poses.

What About Traditional Psychedelics and the Developing Mind?

When it comes to traditional psychedelics (psilocybin mushrooms, peyote, LSD, and ayahuasca), data is even scarcer. According to Mark Haden, the Executive Director at MAPS, there is little need for concern. Psychedelic use should be determined by maturity, not age, he says, citing the inconclusive evidence of long-term damage to a developing brain. “The youth brain is more plastic, we know that,” he explains in a 2020 PsychedSubstance interview. “It can change quickly and it can heal itself more quickly.”

Haden references indigenous cultures in Latin America who include adolescents in peyote and ayahuasca ceremonies. In these settings, says Haden, even toddlers may nibble on peyote, with ayahuasca consumed in a familial and medicinal context.

Haden goes on to discuss what he calls “Wild Healing Stories,” or stories that current researchers are not considering, as they are too “out of the box.” They are anecdotal, unexplainable stories that correlate psychedelic use to seemingly unrelated issues, such as constipation or muscle pain. He recounts the story of a nine-year-old girl who, while under the care of a babysitter, accidentally consumed chocolate with two grams of psilocybin. This young girl had an oppositional defiance disorder and an eating disorder, both of which seemingly vanished after her experience with the psychedelic.

Indeed, the evidence of cellular restructuring within the brain is not entirely negative. Conditions of anxiety and depression, a growing concern within youth culture, have been successfully treated with psychedelics in drug trials in Canada. There is evidence to suggest that DMT increases dendritic arbor complexity within the brain after psychedelic use. This promotes structural plasticity and potentially combatting causes of depression.

Haden seems to agree with this line of thinking. “One could argue that the psychedelic experience would actually be advantageous to have when your brain is more plastic. I have no evidence for that, but there’s not necessarily any damage,” he says.

While the studies remain inconclusive, the fact remains that adolescents are vulnerable, impressionable beings. A healthy environment to grow and learn is critical for their long-term mental health and success in society. Adolescence is a sensitive period of brain development; the mind is open to exponential opportunities for development as well as vulnerabilities. Factors like isolation, trauma, and neglect can damage an adolescent well into their adulthood, and so creating a safe and positive environment for these developing minds is crucial.

The fact is, the effects of psychedelics differ for every individual, and can cause damaging psychosis even in an adult mind. Until more work is done to determine the long-term effects of psychedelics, and environments can be created to ensure that a psychedelic experience is not challenging for our youth, it may be best to continue to “Just Say No” to drugs, no matter how tired the messaging may sound.