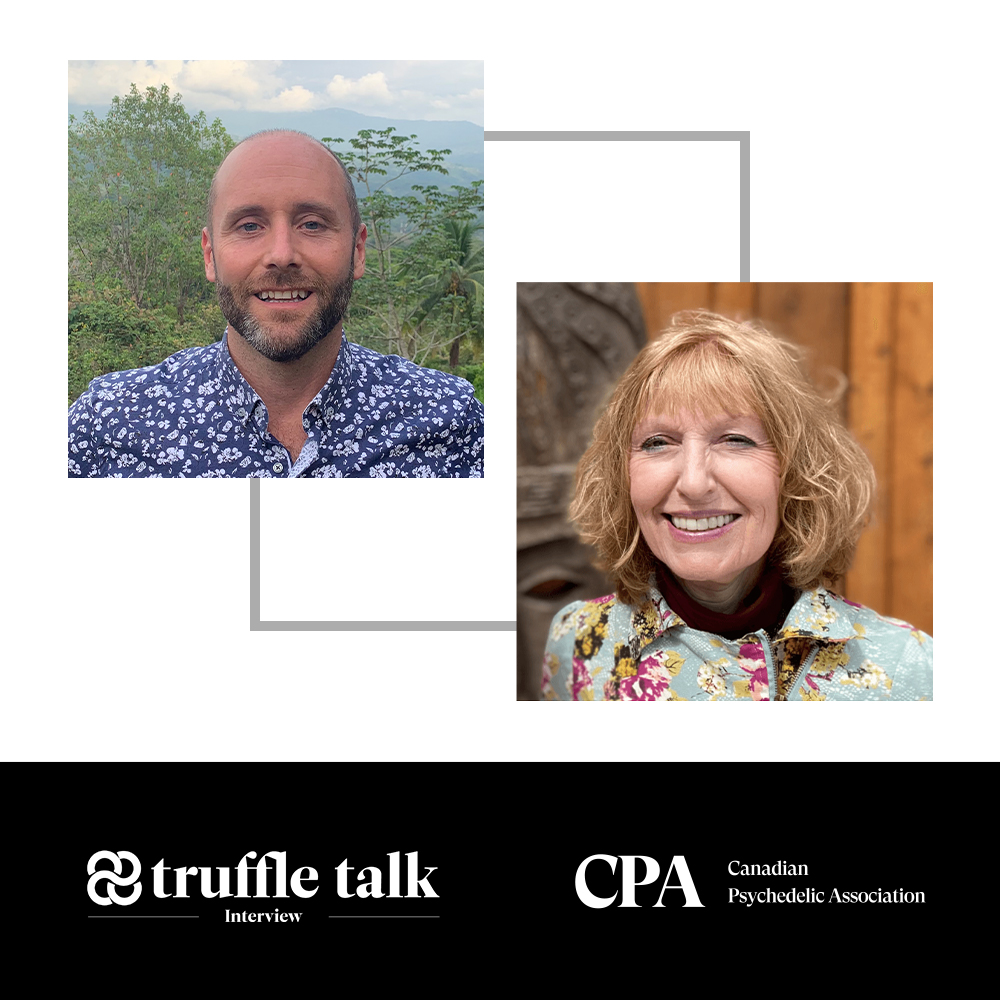 Psychedelic substances are gradually winning legal and scientific battles across North America, but there’s a long way to go before our society overcomes the stigma attached to them.

Since the tone was set with Oregon’s approval for a legal psilocybin-assisted therapy model, at least ten U.S. states have filed similar pieces of legislation to end the decades-long War on Drugs and address its already-prevalent repercussions. North of the border, the Canadian government is experiencing a growing push from activists and city councils to decriminalize drug possession and tackle the escalating opioid overdose crisis at its worst.

While activists and advocates alike are fighting for drug policy reform, and winning small victories, their numbers are still dwarfed by the percentage of the population who are unwilling to reconsider the supposed evils of drug use. “In order for the movement [drug policy reform] to truly move forward, we have to reach people who are still propagandized,” says Trevor Millar, Founding Member of the Canadian Psychedelic Association (CPA). “The War on Drugs was a remarkably successful propaganda campaign that made people think that all drugs are bad. Period. That is simply not the case,” he adds.

The Canadian Psychedelic Association is a non-profit repository of professionals from diverse backgrounds, all dedicated to enhancing the thriving psychedelic community with equity and justice as an aligning principle.

Besides fighting stigma, the organization is actively working towards protecting the integrity of plant medicine practitioners, guiding psychedelic businesses towards ethical models, and also advocating for the legalization of restricted psychedelic compounds, Gillian Maxwell, Founding Member of the CPA shared.

CPA is Helping in Getting Voices Get Mainstream, Talking About Stigma

“We’re careful to not only preach to the choir. Maybe just five percent of the population is completely on board with the benefits of psychedelics,” Millar says. Speaking about the CPA’s Decriminalize Nature Canada initiative that got nearly 15000 signatures on a proposal to decriminalize psychedelics in the House of Commons, he adds, “We really want this message to be mainstream and that is reflected in our campaigns.”

Millar emphasized that Decriminalize Nature Canada’s website was carefully constructed, not mentioning the word psychedelics, but talking about mental health issues and how entheogenic plants can help in the healing process. “We know that we can’t approach certain people with a hippie-sounding message,” Millar says. “You’ve got to have the science, look official, and sound official,” he adds.

As the movement progresses, it’s important to also tackle the prolonged stigma attached to substance abuse. “You’re always looking at stigma and people not caring about a certain group of people. And that is a problem, that is our problem,” Maxwell says.

Millar went on to share instances of patients and sufferers choosing drugs to self-medicate serious traumas. “It’s a massive hole in the system [effective harm reduction]. I have met people who told me that heroin saved their lives. It is a slow re-education process that we need to take to help develop compassion for this marginalized population,” he says.

Maxwell and Millar both shared their thoughts on how drug policy reforms might be enacted to better treat of opioid addiction as a healthcare issue.

“I don’t think it’s true that harm reduction techniques are not working. There are not just enough. There are some supervised consumption sites, and safe injection sites but there aren’t enough of them,” Maxwell says. “It’s like rearranging the furniture on deck as the Titanic is going down.” Gillian Maxwell has been working in drug policy reform since 1998.

She continued, “What I would really like is to abolish these laws. These laws were made in the ’60s and we need to rewrite them so that they’re relevant to today. Canada has a distinct opportunity to become a world leader and is waiting for all these aspects that we’ve described to grab it.”

The CPA has been hosting live events to continue to spread awareness about psychedelics and their potential benefits in helping to overcome mental health crises. In a recent webinar, Millar hosted an integration circle, inviting people from across North America to share their transformational journey and mystical experiences with these substances. In the past, the organization has called for discussions on the legality of psychedelics, inequality in drug laws, and on how drug policies can impact individuals based on their race and ethnicity.

Discussing an upcoming event, Millar says, “This is an exciting time for this new psychedelic industry and it’s important it moves forward with integrity. There are a lot of nuances to consider in ensuring the greatest good is achieved and the CPA wants to do its best to help that conversation forward.” Psychedelic Business Ethics — Starting the Conversation, is scheduled for March 24, and will be discussing psychedelic business ethics in Canada through a webinar.

Without addressing the immediate reality of ignorance and stigma against these substances, it will be hard for any movement to be able to truly reform the present drug policies. To see meaningful change, organizations like CPA will need to continue to spread the message, educate about harm reduction techniques, and de-stigmatize the population.

“We are doing what we can in our own humble way to try and steer this movement in a direction that maintains the integrity and doesn’t lose sight of the pioneers and indigenous people who have been carrying these medicines at great personal risk,” Millar says, adding, “The CPA stands for values like courage, kindness, responsibility, accountability and inclusion; wherever possible we’re going to be a voice for those values.”