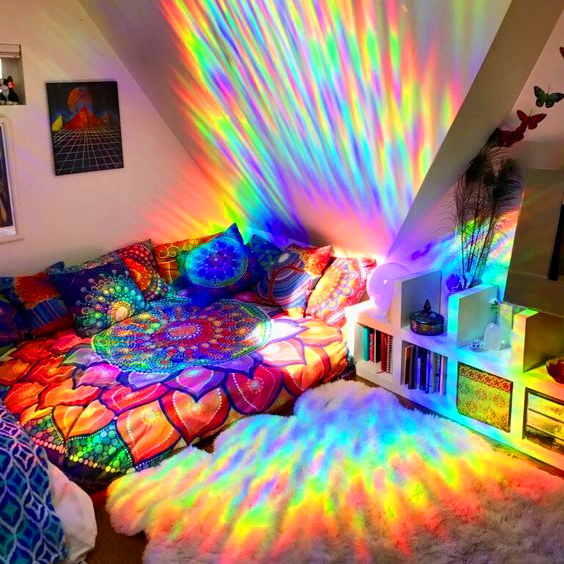 Set, Setting, and Safe Supply in the World of Commercialized Psychedelics

Imagine that you’re in a peaceful environment with comfy couches, a scenic view of nature, and open skies. It has a calm vibe and directly sets the tone for a perfect, perhaps mystical, psychedelic journey. In traditional settings, Shamans pay close attention to surroundings and ceremonial accouterments before setting one up for a psychedelic experience. Blowing smoke, ritual songs, whistles, and a verdant environment all play a strong role in influencing a guided psychedelic experience, as does the ability of a practitioner in directing it toward a healthier outcome. What Shamans and traditional practitioners have been performing are called Set and Setting in a modern psychedelic context. The art and science of the two ‘S’ play a significant role in carefully listing out the dos and don’ts of responsible and meaningful psychedelic experiences.

A Simple Guide to Understand Psychedelic Set and Setting

Psychedelics are not meant for everyone, or for every situation. When used in a medicinal or therapeutic context, patients should have clear expectations of the process, and of what they are attempting to treat. Set is basically the mindset with which a person enters into a psychedelic experience. Knowing what one desires as an outcome is the most critical and problem-solving step leading to a positive experience. Determining the set helps a person in navigating introspective complexities and emotional intensities, which in turn makes the healing journey easier.

“The first and perhaps the determining question is, does the participant care enough about the problem, area of research, or intellectual issue to be engrossed in it, and is he or she emotionally involved? The more the problem matters, the more likely the session will be successful,” James Fadiman writes in his book The Psychedelic Explorer’s Guide.

Besides knowing one’s mindset, chosen surroundings contribute equally to a good experience. A setting is a physical environment that surrounds the participant. While a calm, nature-friendly, and spacious room may add to a positive experience, a cluttered or neutral environment may push a person to experience a chaotic psychedelic journey. In the 1950s, psychiatrist Oscar Janiger carried out his experiment in a neutral environment, absent picture frames, music, or homey touches of any kind.

Janiger soon realized the flaw in his attempt, and concluded that psychedelic therapy cannot be performed in a sensory vacuum. One of the respondents shared after the experiment, “The setting was horrible. If I may say so, the setting was his group of offices. The waiting rooms around his offices, with Muzak playing. And we were turned loose, having taken the little granules, to sit around and do what we would. There was no setting that was conducive to religious or spiritual or inner investigations.”

“No other group of psychoactive [substances] appears to be as pliable and responsive to conditions of set and setting as the psychedelics— mind-manifesting drugs whose very name points to their character as nonspecific reflectors of non-drug factors,” Ido Hartogsohn writes in recent his book  The American Trip: Set, Setting and Psychedelic Experiments in the 20th Century.

A good rule of thumb for psychedelic therapy is to “Use only in a good time, in a good place, with good people.” While this advice is easily given, it can be hard to follow, especially in a global context where Western needs differ from those performed in traditional settings. Defining an ideal set and setting is more complex in the 21st century, compared to the 1960s.

As observed in the 1960s, psychedelics tend to be contextualized within the movements of the time, acting as an amplifier for those movements’ values. Psychedelics first followed, then helped create the trends of non-conformist individualism, enhanced and liberated sexuality, and anti-war sentiment within American society in the 1960s. Now, psychedelics, being socially pliable substances, are once again taking the shape of their cultural vessel, with a focus on ecological and political instability, and finding solutions to mental health issues arising from increasingly global challenges.

Unlike their counterculture predecessor, 21st-century set and setting have been experiencing growing pressure from the commercialization and commodification of psychedelics and psychoactive substances. “The placing of psychedelics within an overtly commercial context runs the risk of leading to a banalization and trivialization of the psychedelic experience. Worse still, critics have been pointing to the dangers of suboptimal set and setting created by unscrupulous commercially motivated actors,” Hartogsohn writes in his book.

To be specific, the present culture of psychedelic set and setting is primarily focused on assisting scientific research. In the experience of Thomas Hartle, the first Canadian to under-go psilocybin-assisted therapy for end-of-life distress, the administered therapy took place in a spacious room with a comfortable bed, cushions, an eye mask, and headphones with a soothing playlist. Later, Hartle reported a pleasant experience. Scientists are gradually making observations about how “set and setting shape reactions to psychedelics across a variety of settings— clinical, ritual, and recreational,” writes Hartogsohn.

Another domain of importance for psychedelic set and the setting are transformational festivals like Nevada’s annual Burning Man. In an interview with Truffle Report, Ariel Vegosen, founder of Gender Illumination, shared their view that people from all walks of life need assistance during these psychedelic festivals. Gender Illumination workshops are designed to help people combat their inner struggles about sexuality, eco-anxiety, and other modern-age crises.

Countries like Portugal and Switzerland are at the forefront of realizing that public policy has been targeting the wrong aspects of drug use. While Switzerland institutionalized heroin safe-injection sites, Portugal has passed laws enacting blanket decriminalization, making drugs a public health issue instead of punishing those involved in drug abuse or suffering from addiction. Both countries have seen a drastic reduction in drug-related harms.

“One simple step for improving the cultural set and setting would be to end ‘scare’ campaigns. Scare campaigns are devised with the aim of deterring drug users and those considering drug use,” The American Trip mentions. More than legalizing or decriminalizing this step would be about ending the stigma around psychedelics and encouraging those using drugs to reach out for help in a healthy setting.

Recent developments like Washington DC’s Initiative 81 and Oregon’s policy to decriminalize drugs under Measure 109 and 110 initiatives hint at a positive change and are encouraging a constructive conversation around psychedelics and drugs. .