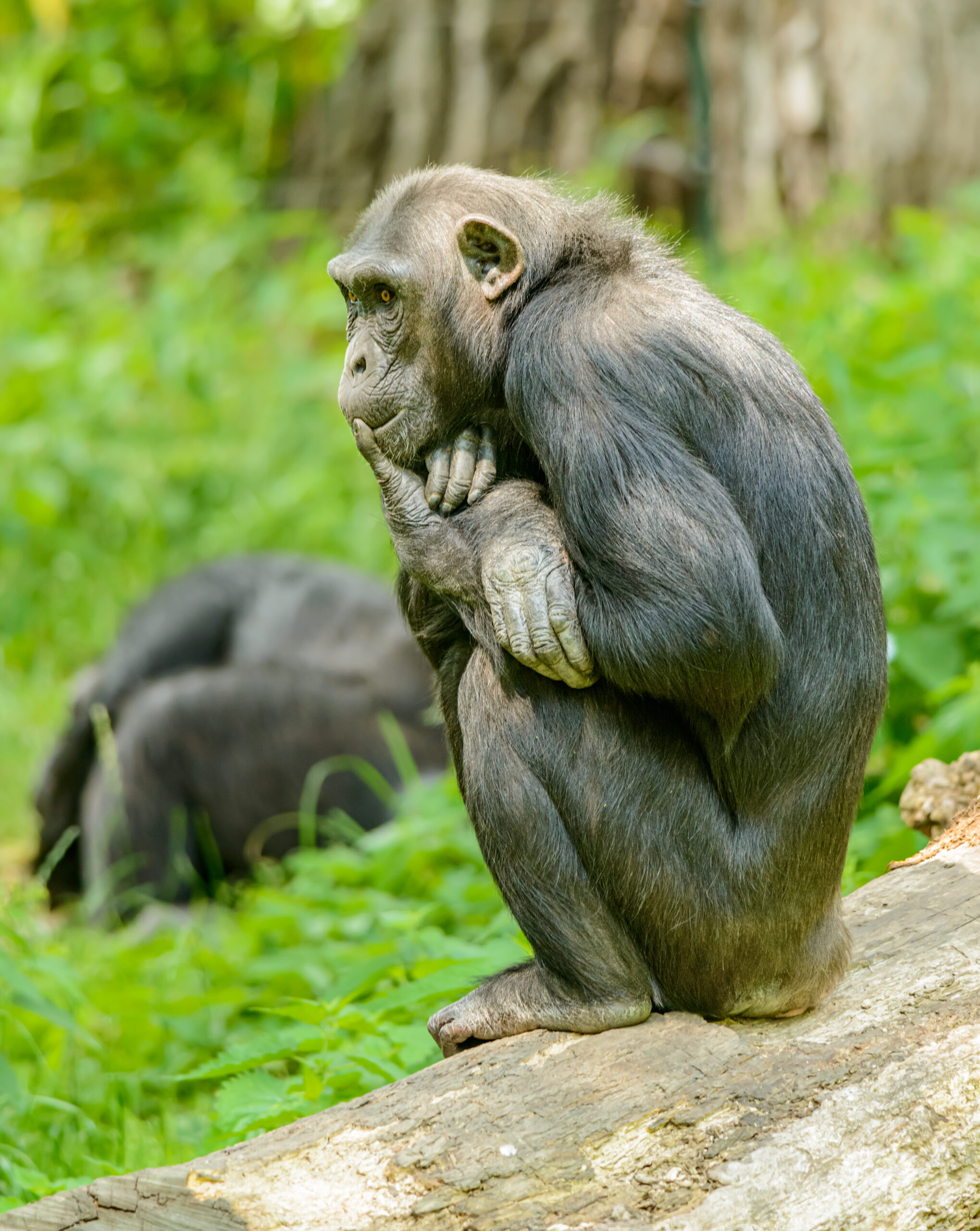 A Guess at the Role of Psilocybin in our Evolutionary Biology

Psychedelics, by their very nature, lead to theorizing on the origins of our existence. It’s impossible for even the casual psilocybin user not to feel some wonder at the prospect of this mind-altering substance fruiting naturally from mycelium within the earth. Religious and spiritual practices throughout many areas of human history have made use of psilocybin, seeing it’s revelatory powers as divine and/or mystical. In the modern-day, pseudoscience and the speculation surrounding it abound in the discussion of hallucinogenic mushroom’s potential role in our own evolution. Author, lecturer, and ethnobotanist Terrence McKenna’s 1992 book, Food of the Gods posited that the development of the brains of early hominids was catalyzed by the addition of psilocybin mushrooms to their diet. Essentially, our proto-human answers became smarter through getting high, hence, the Stoned Ape Theory.

It is, to be blunt, a theory that could barely be called one by scientific standards, and should really be classified as a hypothesis. Despite lectures and arguments, adjacent anthropological facts about the fossil record of human development, and citations of psychedelic researcher Roland Fischer, detractors are quick to point out the lack, even the impossibility, of actual evidence. It is not the first time that psychedelics have found themselves at odds with the scientific method. None of this slowed Terrence Mckenna, falling as his speculation sometimes did someplace closer to shamanism and philosophy than to scientific fieldwork.

The Stoned Ape in Brief

Terrence Mckenna offers as a preamble that evolutionary biology, paleontology, and anthropology, all overlapping in their study of our species’ origin, have struggled to account for the advent of human consciousness. According to Mckenna’s interpretation, our early ancestors’ sentience and penchant for self-reflection, as evidenced by early tools and art, seems to occur suddenly in conjunction with an explosion of population, rather than as a gradual process. His theory is that as Homo Erectus began to spread out and forage for its collective existence, it naturally began experimenting with different food sources. Citing a trip to Kenya in which he witnessed apes eating grubs out of cowpats, McKenna hypothesizes that our ancestors naturally encountered Psilocybe Cubensis, which grows in dung, thus facilitating their transformation to Homo Sapiens.

It’s important to mention that in this scenario, the Erectus’ in question would be eating very small amounts of psilocybin, quantities we would now refer to as sub-perceptual. The resulting transformation, Mckenna explains, would have taken several forms. First and foremost, there would have been an increased visual acuity amidst psychedelic mushroom eaters, leading to better hunters and a consequently enlarged food supply. McKenna also contends that in slightly larger quantities, psilocybin in early humans would lead to an increase in sexual activities within communities and therefore more offspring, triggering in the language forming regions of the brain, and the formation of religious emotions of awe because of the power and strangeness of the experience. Stoned Ape Theory turns out to be something of a misnomer. No doubt it was a title deliberately chosen to appeal to the mushroom consuming crowd. Perhaps a more accurate title for today would be Microdosing Ape, or Psychedelically Integrated Ape, as this theory of gradual social cohesion around psilocybin bears resemblance to the rhetoric of modern psychedelic entrepreneurs and advocates.

First mentioned among critiques of Terrence McKenna’s Stoned Ape Theory is the lack of actual paleoanthropological evidence. McKenna has based his admittedly intriguing theory on the existing fossil record of human evolution and his own interpretation of the works of psychedelic researcher Roland Fischer. There is no proof that psilocybin increases visual acuity or sexual proclivity on a societal scale, though it may in certain individuals, nor that these would necessarily constitute an evolutionary edge at the time. Further, while psilocybin use has been verified in a number of ancient cultures and religions, it’s exact context was as varied as those cultures and religions themselves. Their behaviour is not always consistent with McKenna’s hypotheses. Finally, and most obvious, it is impossible to actually verify conclusively any psilocybin use amongst early hominids.

The Life of Terrence McKenna

For a psychedelic promoter, author, and researcher of his time, Terrence McKenna lived a typically unusual life. His college years at UC Berkeley saw him develop an interest in shamanism, specifically through the study of Tibetan folk religion, and have several formative psychedelic experiences. He met his future wife, a fellow ethnobotanist, on a 1967 trip to Jerusalem during what he called his “Opium and Kabbala” phase. He would travel to Nepal in 1969 to learn about the use of psychedelic plants, study the Tibetan language, and smuggle hashish. A brush with customs sent him wandering through Asia.

After his mother’s death in 1971, McKenna and his brother Dennis travelled to the Colombian Amazon in search of an exotic plant believed to contain DMT. Finding instead a massive field of psychedelic mushrooms, they performed an experimental merging of psychedelic substances and vocal techniques which they believed would allow them to access the collective memory of the human species. After Terrence’s graduation from Berkeley in 1975, the brothers first published book on their Colombian experience, then a guide to the home cultivation of psilocybin, among the first of its kind, eventually selling hundreds of thousands of copies.

Terrence McKenna would have a long career within the psychedelic field, also lecturing on subjects such as metaphysics, alchemy, and shamanism, though disdaining the rhetoric of the New Age and Human Potential Movements that embraced his work. Stoned Ape Theory and Food of the Gods, were one of his many cultural contributions, including eight books, and a long list of speaking engagements, spoken word albums, and films. Terrence McKenna died of brain cancer on April 3, 2000, at the age of 53.

Impressions of Terrence McKenna and the Future of Stoned Ape Theory

Terrence McKenna and his Stoned Ape Theory, while not often broached by the academic and scientific establishment, have proven hard to dismiss completely. This may owe something to Stoned Ape Theory’s recent endorsement by mycologist Paul Stamets. It may also be, simply, that despite the impossibility of proving such an unverified and unverifiable hypothesis, both McKenna and his work are too well thought out and articulate to be written off.

What stands out is an abiding continuity between the rhetoric of Stoned Ape Theory and the psychedelic practitioners of today. Among entrepreneurs, microdosers, and leaders of psychedelic retreats, the notion that integrated psychedelic use can usher in a renaissance of human thought is taking hold. Perhaps the best possible proof of concept for Terrence McKenna will be to see if this renaissance happens, and if psychedelics trigger the sort of catalytic response he describes.