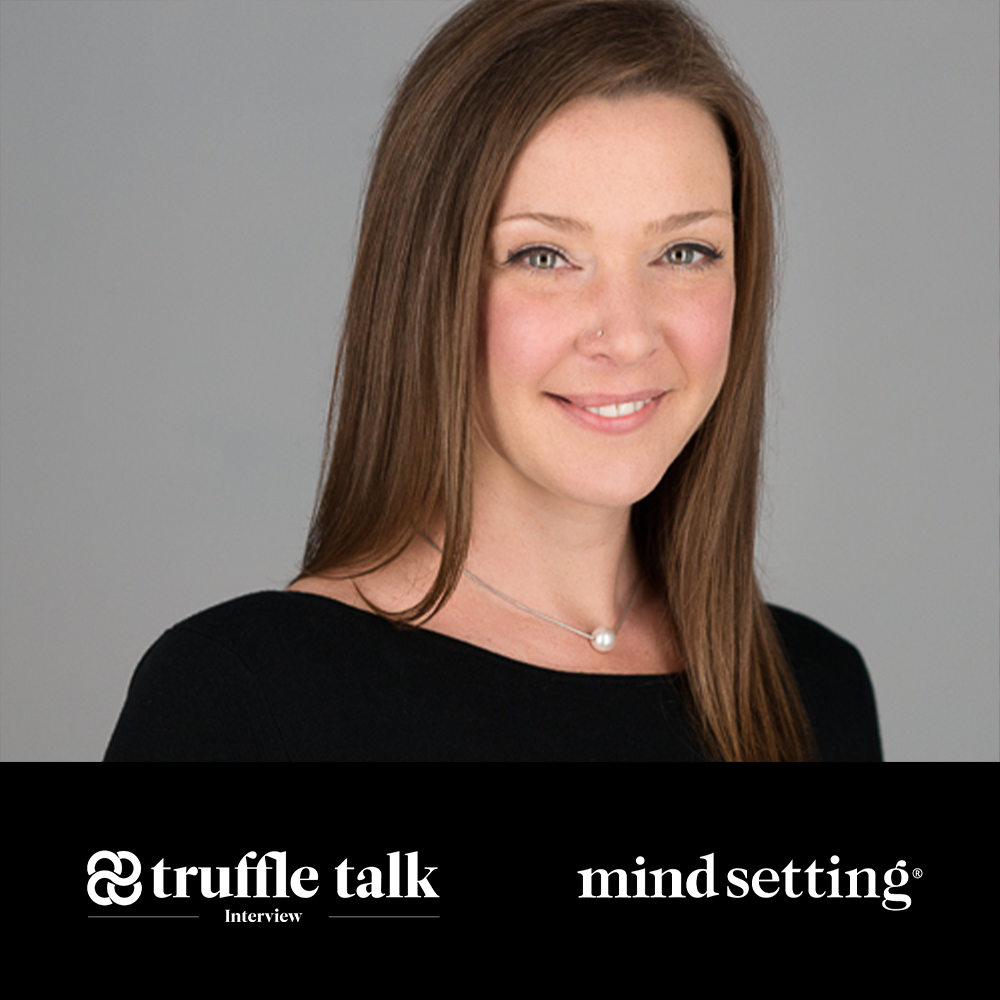 Based in London, MindSetting is the first clinic to make ketamine-assisted psychotherapy available to the public in southwestern Ontario. Founded by clinical psychologist and current director Dr. Tatiana Zdyb in 2020, MindSetting offers psychedelic-assisted therapy based on the Therapeutic Reset of Internal Processes (TRIP) protocol designed and implemented by Dr. Zdyb.

Truffle Report talked to Dr. Zdyb about her path to psychedelics, the TRIP protocol at MindSetting, and being a woman entrepreneur in the middle of the pandemic.

Dr. Zdyb: I’m a clinical psychologist. I’ve been practicing for almost 20 years now, studying psychedelics for a few decades. I became more interested in it about 10 years ago when the resurgence of research on applications and mental health was starting to happen, realizing that so many of my patients just weren’t benefiting from traditional SSRI antidepressants and looking at alternatives to try to help people. I was looking at the research and how psychedelic medicine was being used within the context of psychotherapy. That’s what led me to psychedelics and developing my own protocol.

MindSetting and the TRIP Protocol

Dr. Zdyb: It seemed like there were no protocols to treat people with psychedelics. It was just having people take a psychedelic compound, whether it was ketamine or psilocybin, and being left alone to introspect. I started to wonder, as a scientist and a researcher, whether we would get more long-lasting benefits if we were using a protocol that was more interactive with the patient rather than just the patient passively receiving medication, but not doing psychotherapy simultaneously with it. After I developed the protocol, that led to the development of the clinic and looking at how I could also have a training facility as part of the clinic to train other psychologists and psychotherapists or medical doctors. The clinic has the patient side, but then it has the education, training, and research side as well.

Dr. Zdyb: The effects wear off very quickly without therapy, after a few days or a week, but when we pair it with psychotherapy, we’re able to capitalize on the neural plasticity that results from having taken a psychedelic compound. Because ketamine works on the glutamate system, it increases connections and promotes the growth of new brain cells. When we do the integration session a day later, we’re making sure that new brain cells are being used. If we don’t use those new brain cells, they end up just being pruned (the scientific term), they die due to lack of use.

Dr. Zdyb: I’m also in the process of applying to Health Canada for permission to have an exemption to run a clinical trial testing the TRIP protocol with psilocybin. I’m very interested in testing the protocol with other psychedelic compounds, including MDMA, and eventually LSD.

MindSetting uses a low dosage from 75 to 100 milligrams of ketamine orally. A 50-minute session will cost a patient 250 CAD.

Therapists Need to Experience “The Altered States of Consciousness”

What Does the Future Hold for MindSetting?

Dr. Zdyb:  This year, I would like to open up at least two more clinics. Right now, we have a London-based clinic, but I would love to open up one in Northern Ontario. I think that’s an underserved area. Maybe one either in the GTA or Windsor area. Toronto already has The Field Trip Clinic; we’re wanting to expand into areas where people don’t have anything like this available to them. I’m in the process of applying to the BC College of psychologists to get licensed in British Columbia, as well as in Ontario. After expanding across Ontario, I would love to be able to have MindSetting clinics open up in different provinces. From there I could begin not just the patient-care component, but also the training component of it, and be able to offer that training to people across Canada.

Opening During COVID-19 and Being a Woman Entrepreneur

Dr. Zdyb: It wasn’t my intention to open a business during the pandemic. It was because so many of my patients were getting worse. Not only were my existing patients getting worse, but I was having patients that I saw 10 years ago, 15 years ago, reaching out to me wanting to start therapy again because they had had a relapse due to a pandemic. That’s what led me to open up the clinic now, even though it’s not an ideal time. There’s never been a greater need for it. I thought I have to offer something new to try to help people, and the response has been great.

Dr. Zdyb:  To be a woman in science, an entrepreneur, and a woman that has one of the first clinics is a neat thing, and I’m excited to be part of that history now. I hope that young women, years from now, will be able to look at what I did during the pandemic and think, “Okay well, if she could do that during the pandemic, I can certainly do something entrepreneurial or make a contribution to science as a woman as well.” That’s one of the things that’s important to me is to be able to inspire other female business owners and other female scientists. Being entrepreneurial and being the first to do something requires a lot of fear management. I’m pretty good at being able to manage my own anxieties about trying something because that’s a big part of being an entrepreneur is being able to take risks and not lose too much sleep.