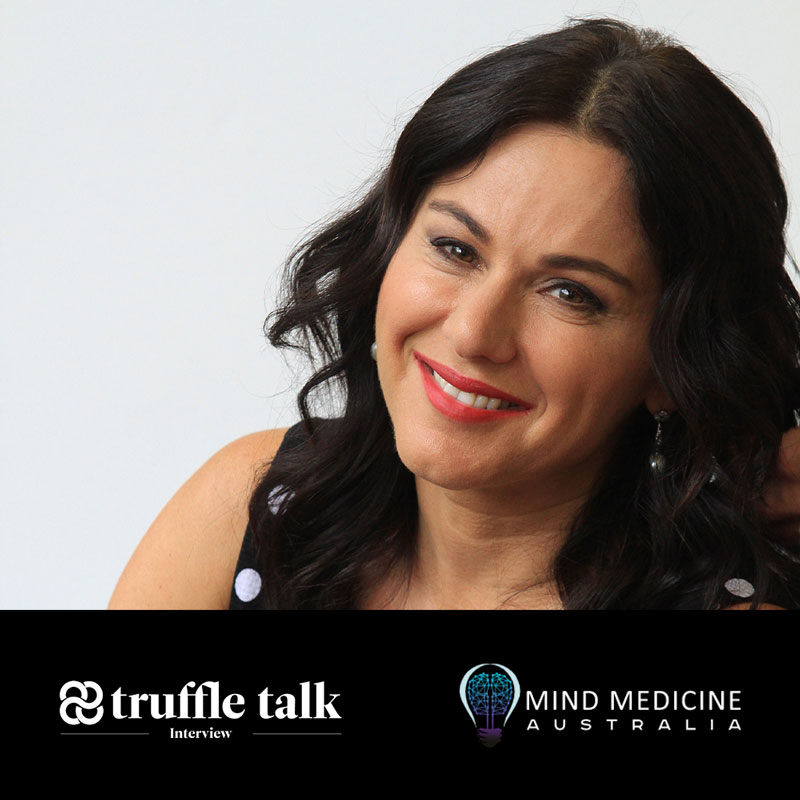 Mind Medicine Australia was founded in 2019 by social entrepreneurs Tania de Jong and her husband Peter Hunt to help “alleviate the suffering caused by mental illness in Australia through expanding the treatment options available to medical practitioners and their patients.” While the charity is focused on developing safe and effective psychedelic-assisted treatments, it also funds research, trains therapists, builds awareness, and educates the public.

“These medicines have been with us since the beginning of humanity and human civilization. They have been accompanying humans on their journeys. They’ve been helping humans to raise consciousness and to increase creativity, capacity, and capability. I do think they should be available, but the best way to do that is to make sure that they become available in the medically controlled environments first and prove the case of their effectiveness and safety for treating mental health and mental illness and a range of other conditions,” said de Jong.

Having herself experienced a powerful healing journey through psilocybin mushrooms in the Netherlands, de Jong said she felt “connected with everything.”

“Because of the stigma attached to psychedelic medicines, we have to educate the public about their safety and efficacy. This will help ensure that these treatments become available as soon as possible in medically controlled environments to alleviate our accelerating mental health epidemic and prevent further suffering and suicides,” said de Jong.

On Mental Health Crisis in Australia

Too many Australians who seek help are not receiving effective treatment in the mental health sector, and the country is experiencing a growing mental health crisis. Pre-Covid, one in five Australians were suffering from some form of mental illness and one in eight were on antidepressants (including one in four older adults). It’s expected that these statistics will have been significantly exacerbated by the pandemic. One in two Australians will be affected by a mental illness in their lifetime.

“Unfortunately, we’ve had this 50-year hiatus where these treatments have not been available due to their politicization by Nixon. This has coincided with the greatest spike in loneliness, social isolation, disconnection, and mental illnesses, which is far greater than we could ever have imagined,” said de Jong.

In July 2020 MMA, applied to the Therapeutic Goods Administration for psilocybin and MDMA to be rescheduled. In an interim decision rebuffing  the application published on February 3, the TGA said the current classifications of both psilocybin and MDMA as prohibited substances remained appropriate. MMA submitted a further application to the TGA appealing the interim decision on scientific and humanitarian grounds. The TGA’s decision to conduct an independent review was announced on 7 April 2021.

“We’ve seen a number of approvals occur through the Special Access Scheme, which is a pathway to enable patients who have treatment-resistant depression and PTSD, to be treated with psilocybin or MDMA-assisted therapy in a medically controlled environment. The rescheduling applications to make Schedule 8 entries for MDMA and psilocybin, which currently only have entries as Schedule 9 drugs in Australia, will mean that they can be used more easily in medically controlled environments in all States of Australia.  The patient still will never get the medicine home, but it will mean that seriously ill and suicidal patients can start to be treated. That also means that data can be collected, further demonstrating the efficacy and safety of these treatments. This will help to build the case for these medicines to become prescribed for all Australians who need them,” said de Jong.

MMA acts as a peak body and bridge between clinicians, government, regulators, patients, philanthropists and academia, and advocates for evidence-based policy that supports research for the therapeutic use of psychedelics alongside psychotherapy. Its primary focus is the “support of policies that will result in expanded treatment options for doctors and their patients leading to  substantial improvement in mental health treatment outcomes for Australians.”

“Our primary objective for MMA is to make psychedelic medicines available, accessible and affordable to those who suffer, in medically controlled environments. We focus on education and awareness. We do that through a range of webinars, events, and screenings. We are also progressing well on the ground-breaking international Summit on Psychedelic Therapies for Mental Illness being held 17-20 November 2021, which features many of the leading scientists, researchers, doctors, and experts from around the world,” explained de Jong.

“We also set up local Chapters around Australia and New Zealand. We have about 30 Chapters in capital cities, rural and regional areas to further educate people about these treatments, run education events, and help raise more funds. We have also commenced the Southern Hemisphere’s first-ever Certificate in Psychedelic-Assisted Therapies (CPAT) to provide professional development for medical professionals and other allied health professionals. And we are working on the development of the first Asia-Pacific Centre of Excellence for Emerging Mental Health Therapies. The centre will focus on applied research and development, design and implementation of supply chains, manufacturing, and economic modelling in Australia and beyond,” she continued.

“Our goal is to help people who are suffering. We just hope that we can inspire lots of other people to be more philanthropic so that these medicines can become available as soon as possible. This is personal for every single one of us. If it’s not us, then someone else that we love or care about is suffering from a mental illness right now. We owe it to all those who are suffering to make these medicines available and stop withholding them unnecessarily,” said de Jong.