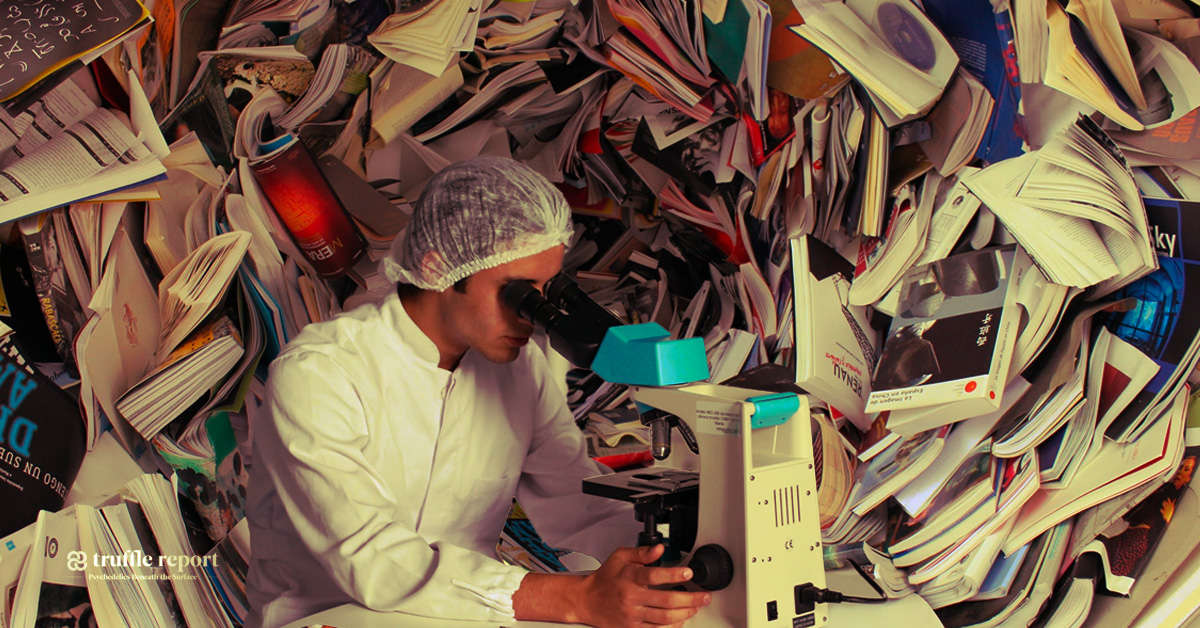 Psychedelics are making a comeback. We’ve been fortunate enough to meet and speak with some great people in the process of studying psychedelics, and to expand our knowledge of the field as it charts a new course in mental healthcare.

We’ve put together a list of departments, programs, and centres that are affiliated with prominent universities and research institutions, all of which we’ve covered in the past here at Truffle Report. We should also add that this list isn’t meant to be exhaustive. Please feel free to reach out with suggestions for any we may have missed. We’d love to hear from you, and to speak to more experts in the field.

We hope this will be an education.

The Johns Hopkins Center for Psychedelic and Consciousness Research is, quite possibly, the premiere academic research centre for psychedelics in the world.

Renowned psychedelic researchers such as Doctors Roland Griffiths and Matthew Johnson have been studying psychedelics at Johns Hopkins far longer than the prestigious university hospital has had a dedicated wing. JHU’s team has generated dozens of peer-reviewed articles, with initial studies into the effects of psilocybin on depression in terminally ill cancer patients, smoking cessation, and religious/spiritual experiences being the catalyst for much of the current psychedelic renaissance.

Once the sight of some serious academic infamy on the subject, Harvard now has a hospital affiliate and a branch of their prestigious law school studying psychedelics.

An affiliate of Harvard Medical School, Massachusetts General Hospital is now home to the Center for the Neuroscience of Psychedelics. Their current studies, led by director Jerrold Rosenbaum, seek to understand the impact of psilocybin on rumination, a phenomenon linked to many mental health conditions, and — in partnership with MAPS — the effects of MDMA-assisted mindful self-compassion on loneliness in treatment-resistant PTSD.

Studying psychedelics isn’t just limited to the lab. Outside of the medical and scientific fields, we’re already witnessing the beginning of profound social changes as a result of these substances making their way into the mainstream of our society. We can only expect this to continue as evidence of their success mounts, and Harvard Law School’s Petrie-Flom Center for Health Law Policy, Biotechnology, and Bioethics has launched POPLAR, the Project on Psychedelics, Law, and Regulations, to stay ahead of the curve.

Issues of ethics in research and practice, intellectual property, and the establishment of regulatory frameworks are already piling up in the new space. POPLAR is beginning by hosting academic events and roundtable discussions, inviting stakeholders from the industry, while also carrying out a rigorous review of psychedelic research and its social implications. In its most recent case, this has taken the form of a partnership with state health authorities in Oregon.

The NYU Langone Center for Psychedelic Medicine focuses on psychiatry, medicine, and preclinical research. What makes it unique is its research training program for junior faculty and postdoctoral fellows.

“We focus strongly on clinical applications, such as the development of therapeutic uses of psychedelics,” director Dr. Michael Bogenschutz told Truffle Report in a previous interview. “We do this primarily through clinical research, although we are developing a program of preclinical research as well, which aims to identify promising therapeutic effects and elucidate therapeutic mechanisms.”

“A robust training program supports the development of junior faculty members and post-doctoral fellows to become independent investigators in the field of psychedelic medicine. The center provides an environment in which highly trained scientists, clinicians, trainees, and staff collaborate to ensure that the momentum created by the modern psychedelic renaissance is sustained and continues to yield medical breakthroughs, backed by sound science.”

Based at the University of California’s San Francisco campus, the Translational Psychedelic Research Program, or TrPR, is headed up by Doctors Joshua Woolley and Ellen Bradley, and focuses on the use of psychedelics in the treatment of conditions that would normally function as exclusion criteria for clinical trials, such as depression related to Bipolar II disorder and Parkinson’s Disease.

How Do I Talk To My Doctor About Psychedelics?

The University of Wisconsin, Madison (UW-M)

The University of Wisconsin, Madison School of Pharmacy is home to the Psychoactive Pharmaceutical Investigation Program, the first Master’s program of its kind.

“It was born out of our observation, as a working group, that the field of psychedelics was moving quickly beyond the academic research space. I was fortunate enough to join a large group of investigators here at Madison, who have already been working with psychedelics for many years. Together, we wanted to design a program that would meet the needs of the field as it expanded into the industrial and pharmaceutical research settings, as well as providing services for not-for-profits, and even potentially services for areas outside of that core science arena, such as support for public policymakers,” explained Program Director Professor Cody Wenthur in a previous interview with Truffle Report.

More recently, the UW-Madison School of Pharmacy also launched The Transdisciplinary Center for Research in Psychoactive Substances, with a focus on expanding participation from research subjects of diverse and underrepresented backgrounds.

The University of Ottawa’s Faculty of Arts is now offering a virtual microprogram on Psychedelics and Spirituality Studies. The program is being taught by Dr. Ann Valley of the Department of Classics & Religious Studies and Dr. Monnica Williams, Associate Professor at the School of Psychology, and will explore the intersection of cultural, ceremonial, and therapeutic practices throughout the history of psychedelic plant medicine.

Studying Psychedelics in Practice: Other Training

Both the palliative psychedelic nonprofit TheraPsil and the privately-owned ATMA Journey Centres have initiated training programs for qualified candidates looking to become psychedelic therapists. Through Section 56 exemptions, TheraPsil has completed the training of its first cohort of therapists using psilocybin itself.