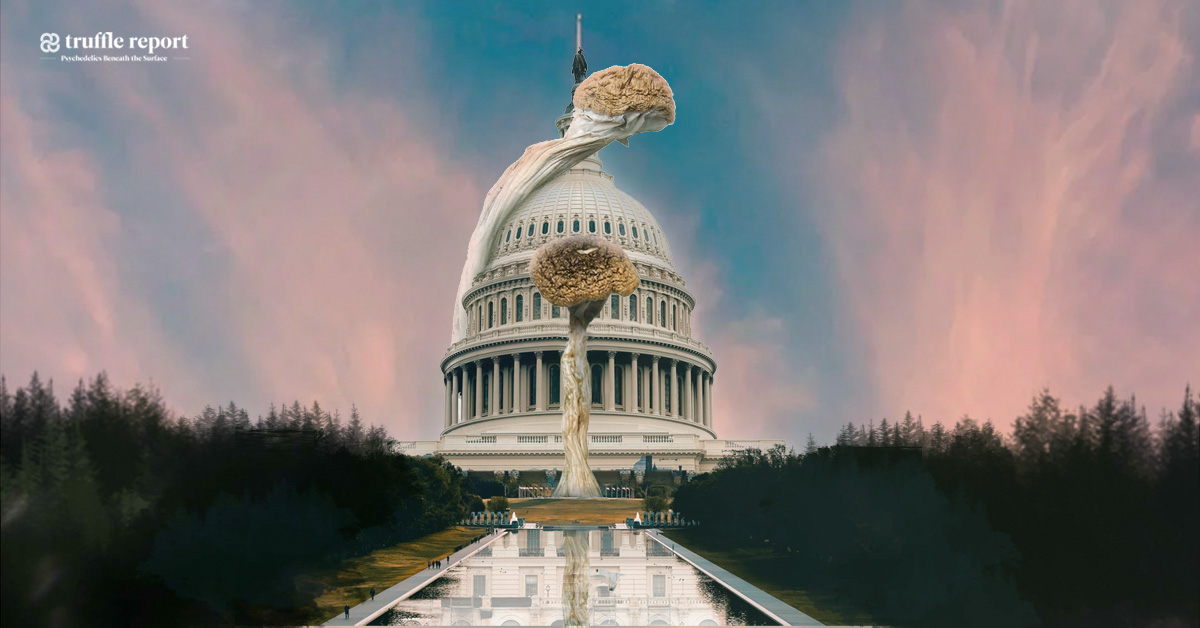 In a letter addressed to the United States Drug Enforcement Administration (DEA), a bipartisan group of Congressional Representatives has asked the federal agency to allow terminally ill patients access to therapeutic psilocybin treatments.

The letter, signed by seven lawmakers, urges DEA Administrator Anne Milgram to take “quick action to ensure” that the DEA follows the Right-to-Try (RTT) law, “and accommodates constituents with terminal illnesses in receiving psilocybin for therapeutic use.”

“Research demonstrates that psilocybin provides immediate, substantial, and sustained relief from debilitating anxiety and depression in individuals with terminal illnesses,” the letter says.  “We strongly believe that our constituents suffering such illnesses should have access to this investigational drug should they decide to pursue such a course of treatment,” the lawmakers added.

In December 2021, Congressman Earl Blumenauer (D-OR) began a Dear Colleague letter, saying that federal and state RTT laws should allow palliative patients to use psilocybin, given that it qualifies as an investigational drug.

“Recognizing that people with terminal conditions do not have the luxury of time to await the slow approval process for new drugs,” a federal RTT law was enacted in 2018, allowing patients with life-threatening conditions to try ‘eligible investigational drugs’, which include those that have successfully cleared a Phase I trial.

So far, 41 states have adopted RTT laws in addition to the federal statute, allowing terminally ill patients access to treatments, including — in theory — psilocybin, that are still in investigational stages.

The DEA, however, has refused to accommodate RTT laws, denying terminally ill patients their freedom to attempt preferred treatments.

The lawmakers note that “psilocybin qualifies as an investigational drug under the terms outlined in applicable state and federal statutes.”

However, the letter continues, “suffering dying individuals seeking treatment with psilocybin are being prohibited from receiving such a treatment because of the DEA’s refusal to accommodate RTT.”

The lawmakers noted that individuals with advanced cancer that are also suffering from treatment-resistant anxiety or depression, “have been found to experience significant reductions in both anxiety and depression, and improvements in mood, following a single guided session of psilocybin-assisted therapy, with no safety concerns or clinically significant adverse effects.”

In March 2021, a Seattle-based doctor filed a lawsuit against the DEA for denying access to psilocybin under the RTT law to two of his palliative patients.

“This case can and ought to be quickly settled in a manner which addresses DEA’s legitimate concerns about ensuring adequate security to prevent diversion, while enabling dying cancer patients such as those in the AIMS case access to psilocybin, as intended by RTT laws,” the letter reads.

Meanwhile, the DEA announced on Wednesday that it will be placing five tryptamine psychedelic substances in Schedule I of the U.S. Controlled  Substances Act on February 14, continuing to tighten its prohibitions on drugs.

If approved, the DEA said, “this action would impose the regulatory controls and administrative, civil, and criminal sanctions applicable to Schedule I controlled substances on persons who handle” these substances.

The restriction directly affects the research effort of those involved in studying these substances, since the DEA disallows “manufacture, distribute, reverse distribute, import, export, engage in research, conduct instructional activities or chemical analysis with, or possess” of the given substances.

“4-OH-DiPT, 5-MeO-AMT, 5-MeO-MiPT, 5-MeO-DET, and DiPT are tryptamine hallucinogens,” the DEA said in the proposed rule, adding that “they have no approved medical use in the United States.”