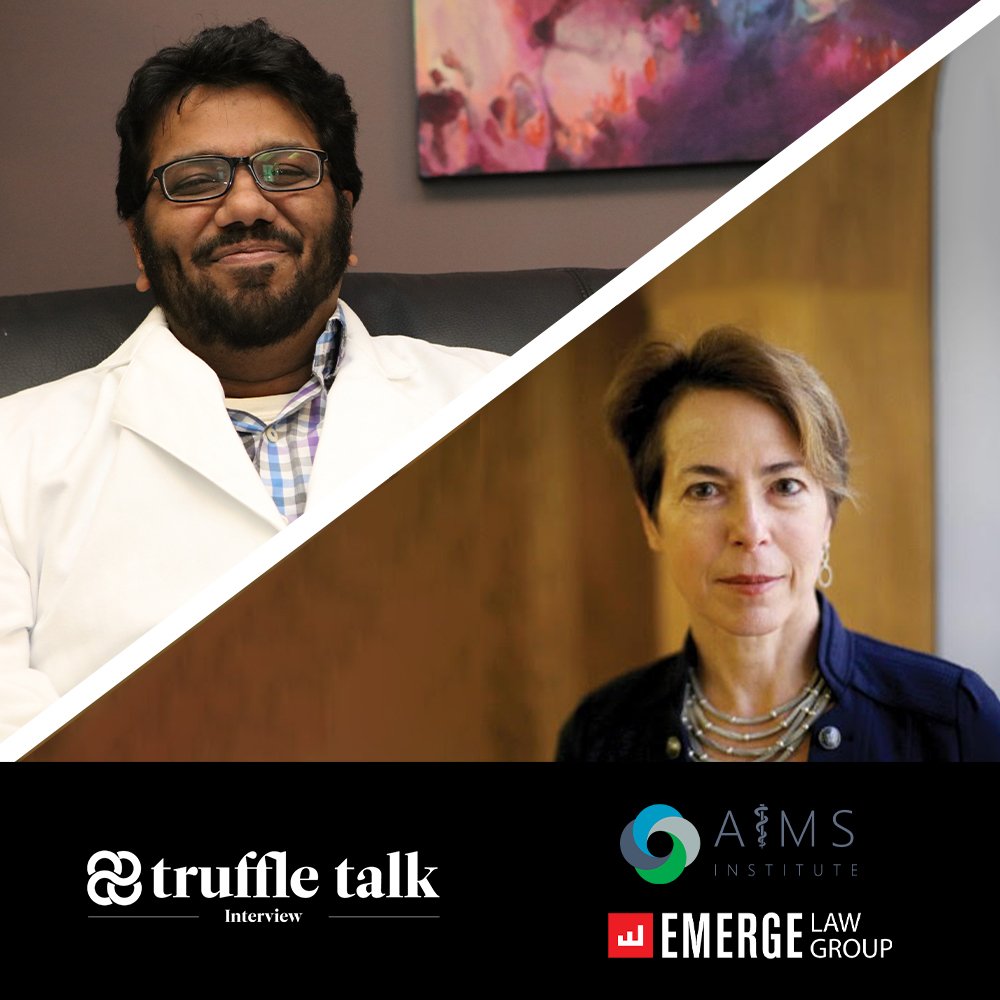 The U.S. Drug Enforcement Administration is being sued by a Seattle-based palliative care doctor after denying his petition for access to psilocybin to treat end-of-life distress, despite the provisions of federal and state Right To Try Acts.

The attorneys representing Dr. Sunil Aggarwal and two of his terminally-ill patients filed a case against the DEA on March 8, seeking a review of the agency’s response that states: ‘The RTT [Right To Try Act] does not waive the requirements of any provision of the Controlled Substances Act (CSA) or its implementing regulations.’

“We believe that Right To Try law permits that [access to psilocybin],” Kathryn Tucker, Special Counsel with Emerge Law Group and the lead attorney to Dr. Aggarwal says. “We found a manufacturer who is willing to provide the drug but that manufacturer wanted to see DEA approval. We approached to seek approval from the DEA but it was denied,” she adds.

Dr. Sunil Aggarwal, a palliative care physician and co-director at AIMS Institute, filed a petition in November asking for access to psilocybin under the Right To Try Act in treating two patients suffering from terminal illnesses. The doctor also sought permission to either find a legal supplier for the substance, or grow it himself. Organix, a company registered as a distributor of psilocybin, responded to the request.

Now, in their lawsuit challenging the decision, the attorneys said, “Despite the legislators’ intent that terminally ill patients can make informed decisions with their health care providers about eligible investigational drugs, the reality is not so straightforward.” The Right to Try Act (RTT) is a federal law enacted in 2018. It allows patients with life-threatening conditions to try “eligible investigational drugs”, which include those that have successfully cleared a Phase I trial.

Erinn Baldeschwiler and Michal Bloom both suffer from advanced cancer and ‘do not have the luxury of waiting’ until an investigational drug receives final approval from the U.S. Food and Drug Administration (FDA). The patients, however, cannot access psilocybin, the investigational drug ‘for which they otherwise qualify because of the DEA’s Final Agency Decision.’

“I am worried for my patients and that all the exposure will be harmful to them. It’s a lot of emotional and psychological pressure when you’re already dealing with a medical diagnosis,” Dr. Aggarwal shares. “And then, you’re challenging your own government in court with your doctor. It’s a lot,” he adds.

The petition against the DEA states, “Even if a qualified treating physician wishes to exercise the Right to Try and administer the eligible investigational drug of psilocybin to a qualified terminally-ill patient, they cannot do so pursuant to the Final Agency Decision.” Dr. Aggarwal has been practicing as a palliative care physician for over a decade.

Dr. Aggarwal put forward a petition in November asking for access to psilocybe mushrooms to produce psilocybin for therapeutic use under the Right To Try Act in treating patients suffering from terminal illnesses. “With psilocybin, there’s a higher chance of transformation in terminal patients. The therapeutic potential is very high so it will make palliative care much easier and more likely to work,” he told Truffle in an earlier interview.

In January, Dr. Aggarwal’s lead attorney, Tucker, contacted the DEA, asking how the agency would accommodate RTT so that Dr. Aggarwal and the AIMS Institute could obtain psilocybin for therapeutic use with terminally ill patients.

The letter, dated January 15, mentioned that the present DEA forms for acquiring access to restricted drugs do not include the RTT statute, ‘which may be due to the fact that it was relatively recently enacted’ and may appear ‘confusing to use the existing forms for this purpose.’ The lead attorney wrote the DEA’s office asking whether Dr. Aggarwal should proceed as a “researcher” although his services as a palliative care clinician do not align with the work of a traditional researcher.

The DEA responded with a denial to the request for access in February. “The DEA simply said they’re not going to [grant] access for therapeutic use, which conflicts with the state and federal RTT laws,” Tucker says. Referring to the federal agency’s order, she adds, “if you want to obtain it, you must become a researcher. A researcher is very different from a clinician who is providing therapeutic services.”

Currently in court, the suit has been filed on the grounds that the decision is ‘arbitrary, capricious, an abuse of discretion, or otherwise not in accordance with the law.’ “There’s an extremely low potential for diversion when you’re talking about a licensed distributor providing the drug to a licensed physician. The DEA should acknowledge that,” Tucker tells Truffle. “If it [DEA] has concerns about diversion, it should make a very targeted investigation limited to ensuring adequate safety controls on storage of the drug,” she adds.

Tucker shares that there’s a precedent with the U.S. Supreme Court having issued a verdict, recognizing that states are primary regulators of the practice of medicine. In this case, the State of Washington has unanimously adopted a law permitting seriously ill patients access to investigational drugs. “There is a federal-state law conflict. It’s a federal agency that’s trying to prevent a physician from accessing a drug for his patients as provided for in the Washington State RTT. That is not permissible,” Tucker says.

Canada recently set its own precedent in allowing access to psilocybin for palliative care and end-of-life distress. The growing movement for drug policy reforms across the U.S. could also potentially help draw national attention to this case.

“I am hoping that the court will ensure that validly enacted state and federal laws are respected and that the DEA is not empowered to nullify those laws. That seems the clear resolution of this case,” Tucker shares, adding that she will be requesting an expedited review at the court because of the urgency for the patients.

The DEA has been dragged to court a number of times for its decisions on the criminalization of restricted substances, and its delays in approving requests by cannabis manufacturers. Following the conundrum, the federal agency came up with a set of revised rules in March 2020, in an attempt to address the concerns of marijuana growers.

“[This petition] also implicates the scope of DEA authority and it cannot exceed that scope,”  Tucker says. “The DEA, generally speaking, is an agency that is empowered to prevent diversion of drugs into the black market or for unauthorized purposes. That should be the limit of its authority. It should not have the power to nullify a valid federal and valid state law about access to investigational drugs for dying patients,” she adds.