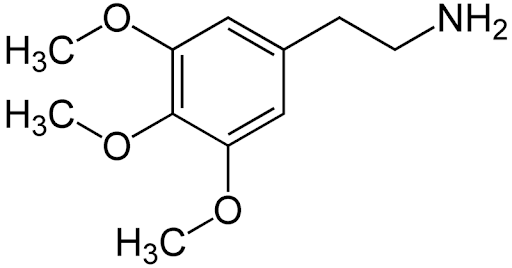 Overview and Science of San Pedro

Indigenous to the Andes Mountain Range of South America, San Pedro is a thin, columnar cactus, known by the scientific name Trichocereus/Echinopsis pachanoi, and also referred to as Pachanoi, Aguacolla, and Cactus of the Four Winds. Much like Peyote and Peruvian Torch, San Pedro contains the psychedelic mescaline one of the most frequently used and researched psychoactive compounds in existence. One documented user referred to the undiluted mescaline of San Pedro as “the disgusting cactus slime.” It is most easily consumed as a juice, dried powder, or in traditional brew called cimora.

Growing taller and more quickly than its better-known cousin Peyote, San Pedro can yield between 150 to 1150 in just 50g of dried cactus. In order to mitigate the risk of a potential overdose, it’s recommended that users start with 7g of dried cactus, generally thought to be the smallest amount capable of producing psychoactive effects. Some trial and error is required, as with most naturally occurring psychedelics. The highest concentrations of mescaline within San Pedro are generally found in the outermost layers of the cactus.

Pharmacologically, the mescaline within San Pedro is classified as a phenethylamine, putting it in a different class of psychedelic to psilocybin or DMT (tryptamines), or LSD and LSA (ergolines). That said, mescaline has a similar structure to LSD when binding to serotonin receptors, and is considered a benchmark for the comparative study of hallucinogenic properties. San Pedro contains minor concentrations of mildly sedative anhalonidine and antibiotic hordenine. The presence of these substances may account for some of San Pedro’s reported medicinal properties (see below), but their presence is negligible compared to the levels of mescaline. San Pedro, along with other sources of mescaline, plays an important role in the process of therapeutic microdosing.

A Brief History of San Pedro Use

Used and exalted by the shamans of Andean tribes for millennia, San Pedro is sometimes referred to as Materia Prima, connoting its place in primal cosmology for various Andean cultures. Rolled up cactus skins, found by researchers and identified as San Pedro, have been dated to as far back as 2200 BCE. Further artifacts suggest that pre-Colombian Andean cultures continued to practice the use of San Pedro across the centuries. Stone carvings on the walls of temples, ceramics, and textiles, link the sacred cactus to the deer, boa, hummingbird, snail, owl, and perhaps most significantly, the Jaguar, all of which were significant to pre-Colombian cultures in the Andes and throughout south America. These same artifacts also depicted stylized steps and staircases, which anthropologists consider a nod to the psychedelic visions themselves. With finds being associated with the Cupisnique (1500 BCE), Chavín (1000 BCE), Moche (100-750 AD), and Lambayeque (750-1350 AD), evidence emerges to support the continued use of San Pedro by Andean Cultures prior to contact with Europeans.

Following the arrival of Christianity along with Spanish Conquistadors, the Andean harnessing of San Pedro as medicine in the spiritual context was downplayed by the Catholic Church, though not to the extent of Peyote. Still, it’s use persisted, and the ability of the Conquistadors to associate it’s apparently mystical and transformative properties with Christian symbols and belief structures seems to have been a valuable cultural balm between indigenous Andeans and their colonizers. One such adaptation was the holding of curanderismo, or folk-healing ceremonies involving San Pedro, on the Feast Day of St. John the Baptist. In the context of Western Scientists, researchers were unaware of any other cactus containing Mescaline until the rediscovery of San Pedro in 1945. Throughout the 1950’s and 60’s, researchers

began to explore the psychotherapeutic potential of mescaline, for which San Pedro represented a significant alternative source to Peyote. With mescaline and peyote criminalized by American lawmakers in 1970, San Pedro seemed to escape notice. The cactus was openly sold both by people aware of its use as a psychedelic, and in garden centers for normal horticultural uses. San Pedro continues to be consumed today by those seeking a unique psychoactive experience, or spiritual and medical healing.

The Effects of San Pedro at Full and Micro Doses

Every hallucinogen is different. As a naturally occurring psychedelic, San Pedro is inherently unpredictable. Users will generally begin to notice the effects between 15-40 minutes after ingestion, with some reporting up to three hours before the experience reaches its peak, and about the same length of time to come down, with the whole experience lasting around ten hours.[Psychadelic Catalsyt] For those ingesting a full dose, the onset of psychoactive effects may be accompanied by dizziness, drowsiness, nausea, perspiration, and vomiting. Residual wakefulness, commonly referred to as afterglow, may last for several hours and make it difficult for users to sleep, even after more serious effects have subsided.

Users generally remark on how the experience of San Pedro, and mescaline as a whole, differs from other organic or chemical psychoactive compounds. The high is described as one of empathy and understanding, with a euphoria similar to that of MDMA (also a phenethylamine), an energy and focus similar to that of LSD, and the sensation of travelling both physically and spiritually that typically accompanies psilocybin. Visual hallucinations described by San Pedro users include kaleidoscopic patterns, white outlines and flashes visible around people and in the peripheral vision, and distortions of coloured light. Curanderos, or healers, well versed in administering San Pedro also report out of body experiences, synesthesia, alterations in spatial awareness, and feelings of depersonalization. As is typical with mescaline, the user’s ordinary surroundings may take on new, interesting, and profound significance

Microdosing San Pedro, as with any form of mescaline, will produce a wide range of effects. Daily microdosing is not advised, as the users’ tolerance will plateau more quickly, and they are likely to feel spent and irritable. Scheduling microdoses of no more than 10g of dried San Pedro cactus (20g fresh) at intervals of at least three days apart. Those sticking to a regular microdosing regimen have reported mixed results, with some claiming it helped to ease anxiety and increase empathy, while others have complained of depression, stomach and bowel discomfort, and increased light sensitivity.

San Pedro, like many hallucinogens, acts differently on different users. The benefits of its consumption tend to be variable, anecdotal, and subjective. Use of larger doses for recreation, consciousness expansion, or spiritual and physical healing should be taken with individual discretion. That said, the most frequent and believable reports of benefits come from those who experienced mood disorders. Whether as a result of one large dose or a schedule of microdosing, certain sufferers of anxiety, depression, addiction, and post-traumatic disorders have reported an easing of symptoms and a feeling of calm or restfulness after coming down from mescaline via San Pedro. Others have claimed their symptoms were worsened.

As with all controlled substances, San Pedro is not without risks. By and large, these risks can be managed by knowledge and proper planning. Those interested in experimenting with psychedelics should follow the Six S’s of Psychedelic Use. The mescaline found in San Pedro can occasionally cause a “bad trip” or acute psychosis. Though the risk of long-term psychiatric difficulties is minimal, taking mescaline or San Pedro is inadvisable for those with a personal or family history of mental health issues

No lethal dose of San Pedro or mescaline has ever been identified by medical science. With that in mind, those with heart or liver, high blood pressure, and diabetes are advised to be cautious. Mescaline has been linked to abnormal fetal development, and should be avoided by pregnant or breastfeeding women, as well as those prescribed and using monoamine oxidase inhibitors (MOAI’s), a class of medication used to treat depression.

As freeing and healing as psychedelics can feel to certain users, every journey is deeply personal, and the frame of mind and overall health of the individual user is crucial to the experience.

Because of its status as a controlled substance, modern laboratory evidence supporting the medical use of San Pedro and the mescaline it contains is virtually non-existent. Therapeutic use of various mescaline-containing cacti, whether for use in treating physical or emotional ailments, has been documented anecdotally for centuries. The research of the 1950’s and 60’s found that, as with other hallucinogenic compounds, the potential uses of San Pedro were largely psychotherapeutic, and dependent on the willingness of the subject. Those with the desire to engage with the experiment and interpret the insights they experienced reported a greater sense of vitality, inner strength, and well-being, sometimes months after the initial experiment had been thought a failure.

While there are many promising signs, any determination of what the future might hold for San Pedro, mescaline, and microdosing for medical purposes is hindered by the lack of current potential for more widespread research. While a highly controlled substance in some countries and states, San Pedro has been decriminalized in others. A lack of consistency in national and international drug laws, along with the accompanying stigma, mean that despite the continuing volumes of more generalized research on the subject of microdosing psychedelics coming from the academic sphere, a change in the legal status and medical use of San Pedro is not likely to occur any time soon.