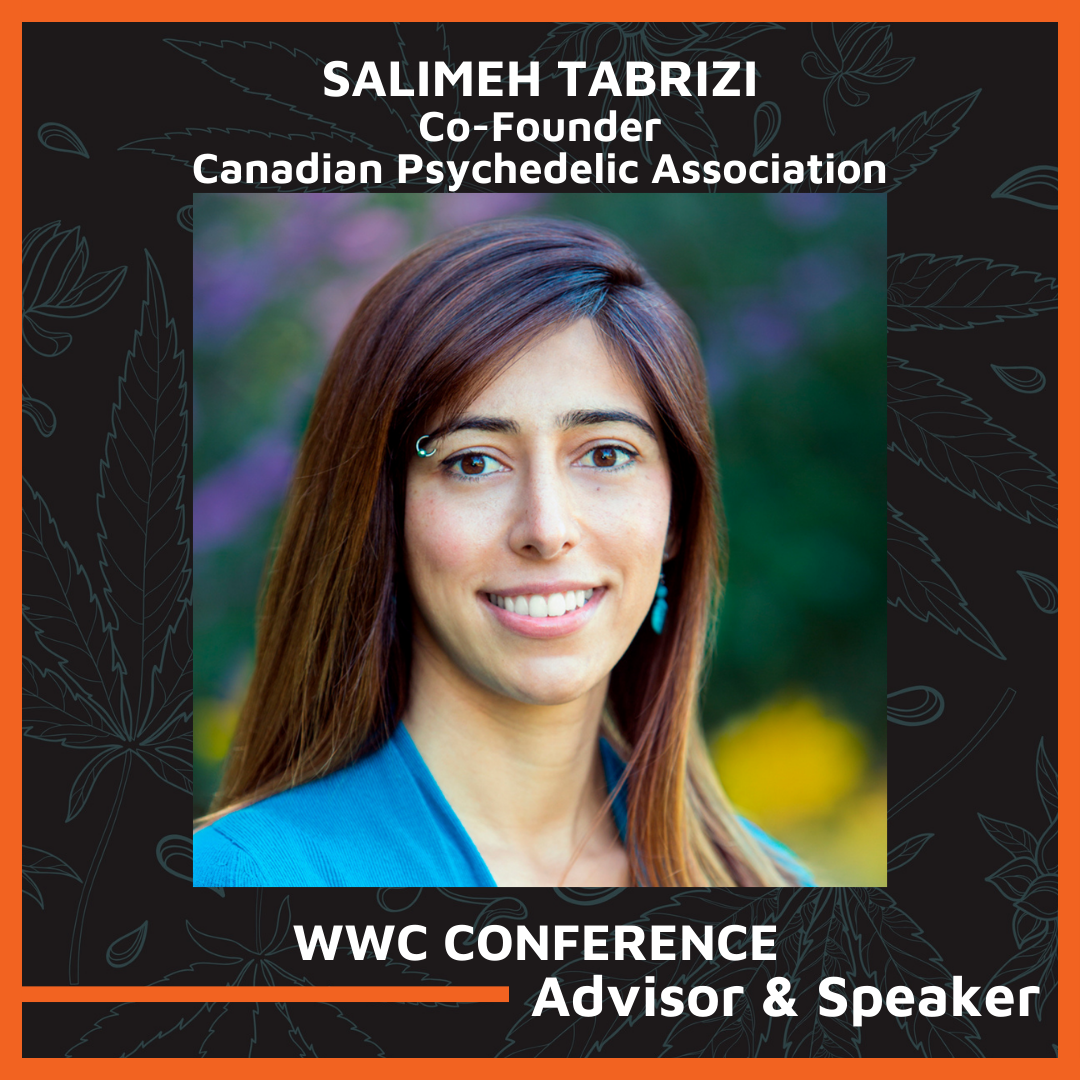 Salimeh Tabrizi on Psychedelics as a Bridge to Supreme Reality

When asked to share her view on psychedelics as if she was speaking to someone who knew nothing about them, plant medicine advocate and clinical counsellor Salimeh Tabrizi describes plant medicine as “a bridge into an alternative way of being, a bridge to supreme truth and reality, embracing love and being embraced by love.”

A co-founder of the Canadian Psychedelic Association (CPA) and Advisor and Speaker at the upcoming WWC Conference, Tabrizi adds that psychedelics are an incredible gift. “Psychedelics are about moving into a model of collaboration instead of competition, working towards the same intentions of healing, growth, compassion, transformation, awakening, and unity as we herald a new paradigm of love-based service onto our planet,” she says.

The Path of Alternative Healing

Tabrizi, who was born in Iran and came to Canada when she was nine years old, graduated from the University of British Columbia in 2014 with a master’s degree in counselling psychology, focusing on mindfulness meditation. “I had a very traditional foundation working as a therapist but soon enough when I was doing my internship, I realized my clients were hitting walls, I was hitting walls, and talk therapy was not the extent of the healing,” Tabrizi tells Truffle Report. “That got me on the path of alternative healing, along with my eventual connection with ayahuasca, which changed my whole world.”

After participating in two ayahuasca ceremonies in Mexico in 2013, Tabrizi returned to Vancouver and began assisting in performing ceremonies for two years before starting a cannabis/hemp conference that ran from 2015 to 2018. She says the inspiration for the conference came from cannabis itself. “In that meditation that I had with her [cannabis], she said she was tired of being abused, misused, misunderstood, and prostituted, and she wants reverence,” Tabrizi says.

In 2019, Tabrizi co-founded the CPA. “After the conference ended, I realized that we didn’t have a lot of spaces where practitioners, policymakers, advocates, and educators could actually come together other than conferences,” she says. “The CPA is taking a stand for safe access, ethical standards, environmental and social responsibility, and reciprocity as the pillars for the psychedelic community. We want to cultivate greater balance, healing, and harmony within ourselves, our communities, and with nature.”

Counselling and the Healing Potential of Plant Medicine

Tabrizi tells Truffle Report that her background in counselling has given her valuable scaffolding and training for implementing plant medicine. “If a ceremonial space is not surrounded it is actually a loss,” she says. “We saw when the floodgates of ayahuasca retreats opened up, a lot of people would go and participate without any support.”

“Psychedelics are incredible for bridging us to a more awakened state but then we will come back to our baseline after having a peak experience. That’s why therapy integration is important — the work starts the second we go back home. We need to take the lessons we gain in ceremonies and journeys and implement them into our lives. I work with my clients on a three-to-six-month journey and during that time they prepare to meet the medicine and really work to get to the core of the trauma. It is not about drinking over and over again but rather moving into self-healing and realization.”

What Psychedelics Can Learn from the Cannabis Industry

Cannabis has become over-regulated, Tabrizi says. “It was important that it would have been framed in a clinic, rather than a dispensary or licensed producer (LP),” she explains. “After 2018 [when cannabis was legalized in Canada for recreational use], the regulations meant dispensaries and LPs are not able to give therapeutic or medical guidance, leaving a lot of patients in limbo. It was a massive loss to the potential of this medicine. Cannabis had also been born from the hands of incredible farmers and when regulations came in, they had to go through an expensive and limiting licensing process.”

Tabrizi says she doesn’t want to see a monopoly or corporatization of plant medicines. “At the CPA, we are in favour of multiple streams [of psychedelics],” she says. “There are so many streams that are all going into this beautiful river that is merging into the greater field of psychedelics. With cannabis, there was fragmentation that happened and we don’t want to see that with psychedelics — we realize how important a unified voice is to ensure the highest level of care.”

Tabrizi tells Truffle Report that it is important psychedelics are decriminalized before they are legalized. “I love the work that many cities in the United States have done, such as Oakland (California), Denver (Colorado), Ann Arbor (Michigan), and Washington D.C. in claiming decriminalization, so I’m hoping Canada can do that on a national front,” she says. “If legalization comes through, that’s great, but first and foremost there has to be decriminalization. These plants were never meant to be something that was criminal — it’s criminal that they are criminalized.”

The Importance of Ethics for Psychedelic Businesses

The CPA has sparked conversation around ethics in psychedelic businesses and is hosting a business ethics roundtable on May 19 to invite the leading psychedelic businesses to further discuss and explore the alignment of values the organization stands for. Tabrizi says the CPA has aligned itself with the values of the North Star Ethics Pledge: an ethical commitment to shape the psychedelics industry around psychedelic wisdom which was developed in consultation with more than 100 psychedelic stakeholders including elders, clinicians, investors, and the community. “We believe in self-responsibility and being able to continue having trust between different collaborators within the psychedelic space,” she says. “We don’t have a college [of medical professionals] so the psychedelic space has to be self-regulated.”

Tabrizi says another component of psychedelic business ethics was a responsibility to give back to the community and reciprocity.  “This could include having Indigenous members on a company’s advisory board, a commitment to safe access of medicines, supporting underserved populations, and giving back to the community through education, advocacy and monetary support,” she says. “I would like to see companies pledge to give back five to 10 percent of their profits back into the community for different projects.”

Tabrizi says plant medicines carry feminine energy, and that there is a beautiful opportunity for women to bring feminine energy into psychedelic businesses. “There is an inherent trust that female CEOs and thought leaders and guardians of psychedelic medicine are cultivating and this means showing up in a feminine way within predominantly masculine-held space,” she tells Truffle Report. “It means instilling those feminine aspects of nurturing, collaboration and cohesion. But we have to hold onto that strength and steadiness and trust this energy we are bringing forward.”

Next month, Tabrizi will be speaking at the second annual WWC Conference, a free virtual event that will bring together women in psychedelics and cannabis for two days of learning and collaboration on May 26 and 27. “I’m so grateful for the WWC Conference and what these wonderful female leaders are putting together,” she says. “I’m very excited this platform is being created and I’m looking forward to the dialogue between all these female entrepreneurs and leaders who are holding a vision for our future.”

You can find the agenda for the WWC Conference here and register for the event here.