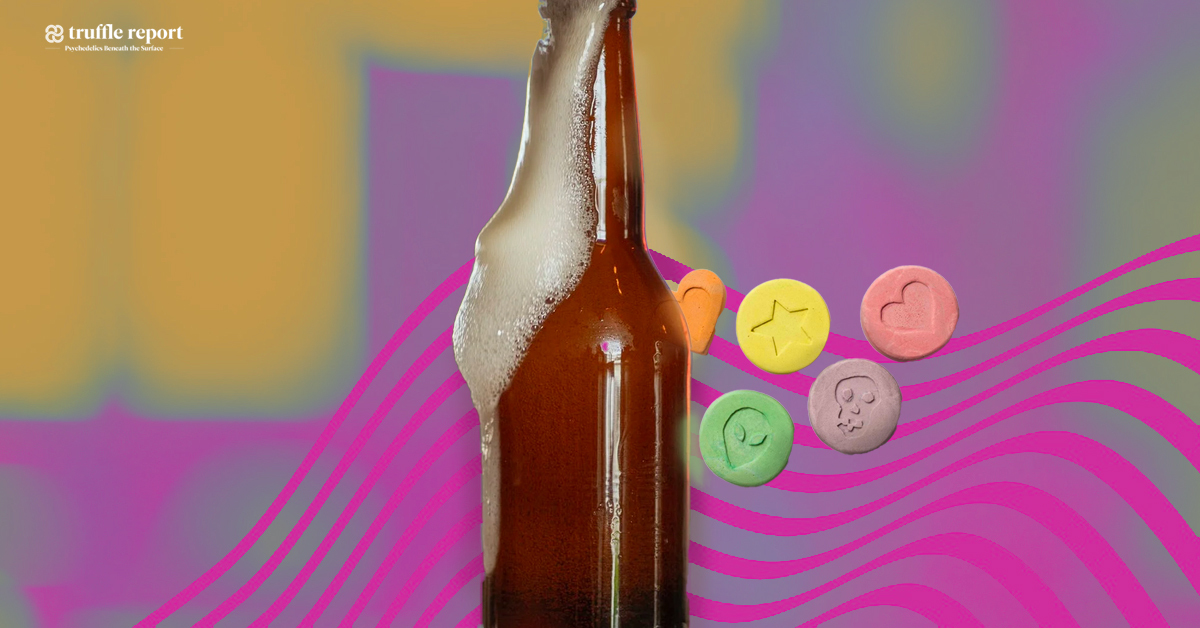 In recent months, Truffle Report has discussed several plant roots with psychotropic properties —such as iboga root and even mandrake root. All of this root talk inevitably got me thinking about root beer. After all, judging by its name, it must have been made using plant roots at some point. On the subject of soda history, most people will have probably heard about the original formula of Coca-cola actually containing cocaine. Could the origins of root beer also be linked to a modern recreational substance?

It turns out the answer is yes, but not in the way you might expect.

How Root Beer Came to Be

Root beer, in its most recognizable form, originated in the 1860s. A pharmacist named Charles Elmer Hires happened upon a root tea during his honeymoon that he had never encountered before. Hires enjoyed this tea so much that he returned home, brewed his own version, and marketed it as a “cure-all elixir” —much in vogue at the time. The original version was a mixture of dried roots, herbs, and berries that required the addition of water, sugar, and yeast, followed by a period of fermentation. Although fermenting the beverage did create the carbonation that we’ve come to expect from root beer, Hires would move on to concoct a liquid version that could be used to flavour carbonated water. By 1893, the Hires brand was selling bottled root beer.

Going back in time even further, Native Americans had been brewing medicinal tea with a similar blend of roots, herbs, and berries for centuries. During the colonial era, colonists would make a series of beverages called “small beers” —so named for their low or nonexistent alcohol content —using whatever they had available. Both of these brews contained sassafras, the root for which root beer is named.

Sassafras is a tree native to the Eastern United States. Oil extracted from the bark and roots are used in the production of candles and orange dyes and the leaves have been ground up and used to make gumbo filé powder. For a long time it was the primary flavouring agent in root beer. If the ground bark and roots are consumed in high enough amounts, they can even have a hallucinogenic effect.

The hallucinatory potential of sassafras is not the reason it is no longer used in root beer, however. The main psychoactive compound, called safrole, was researched and found to be highly carcinogenic in a study using mice and rats. While some might contest the validity of the research, safrole-containing foods and beverages were banned by the FDA in 1960 and safrole is widely considered to be unsafe. While root beer today is now made with artificial sassafras flavouring that is safrole-free, it is worth noting that other common foods like nutmeg and cinnamon still contain small amounts of safrole.

In 2015, the RCMP seized 1500kg of safrole oil from a candle company in Ottawa —a quantity which supposedly could have been used to make 4.2 million tablets of MDMA.  Safrole, as it turns out, is a precursor to both MDMA and similar drugs like MDA. Because of this connection, MDA is often alternately referred to as “sassafras”,creating the potential for some very confusing root beer recipes.

While safrole is often associated with sassafras plants, it is actually found in several different trees, including those found in the Piper, Cinnamomum and Myristica families. When MDMA was first popularized during the 1980s, the environmental impact was felt by some countries (such as Cambodia) because of the illegal production and harvesting of safrole plants.

“Sassafras”, or MDA, has very similar psychedelic effects to MDMA. MDMA is said by many to be more of an empathogen, producing a more unitive sensation among users, while MDA is said to deliver more hallucinogenic effects. MDA was originally synthesized two years before MDMA, in 1910, as a potential treatment for Parkinson’s. It saw a surge of recreational use in the latter half of the 20th century and was classified as a Schedule I controlled substance as a result. MDMA, meanwhile, remained unregulated and emerged as a popular new street drug in the 1980s before it too was regulated.

MDMA’s relatively recent and widespread use has made it the more popular and well-known of the two variants. Since the demand for MDA is lower than MDMA, it’s less likely to be manufactured with adulterants for quantity production —but on the other hand, some adulterated MDMA is marketed under the name “MDA”.

The Family Tree of Root Beer and MDMA

Since safrole is not water-soluble, it’s unlikely that psychedelic root beer was ever made (unless you count early alcoholic versions). Experiencing any psychedelic effects from the sassafras tree would necessitate ingesting a considerable amount of the ground bark or roots. But it does turn out that the same tree once used to make root beer is also used to make MDMA and MDA.

Who would have thought?