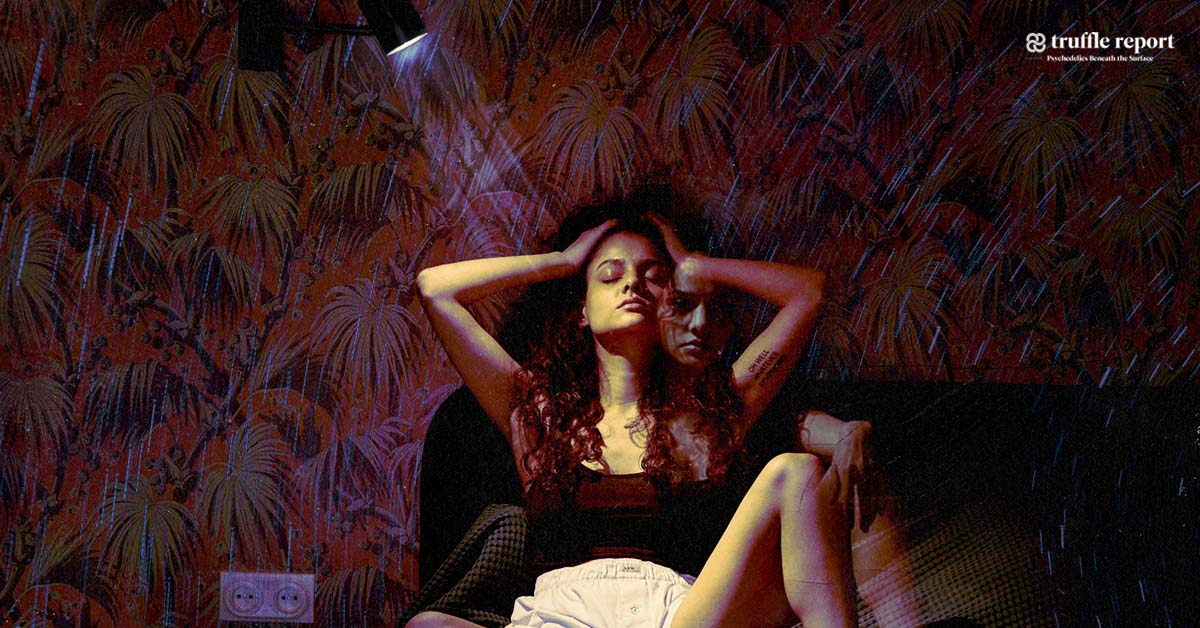 Social Anxiety Disorder (SAD) is a persistent and excessive fear of social situations. It is also known as social phobia and is a serious medical and psychological condition going way beyond being shy or having poor social skills. Lately, a conversation has been emerging about whether psychedelic therapy can help with social anxiety. Substances like LSD seem to be very effective when treating generalized anxiety disorder, and ketamine has been proven to work extremely well for other conditions such as treatment-resistant depression. Could ketamine-assisted therapy help treat social anxiety disorder?

SAD involves extreme fear or anxiety about being ridiculed or scrutinized in social situations and lasts at least six months. This fear can cause significant distress and negatively impact an individual’s quality of life. The average age of onset in SAD patients is between 10 to 13 years, and SAD is rarely diagnosed after the age of 25.

While there is no single concrete reason known as to why people with anxiety disorders develop symptoms, research suggests that like most mental health conditions, social anxiety might be caused due to a combination of biological and psychological factors, as well as traumatic life experiences. Symptoms of social anxiety disorder generally occur before the age of 18, and women are slightly more likely than men to be affected by this condition.

Cognitive-behavioural therapy (CBT) is the most effective treatment so far for social anxiety disorder. This behavioural therapy may also include exposure therapy, which involves direct or imagined controlled exposure to things or circumstances that cause anxiety. Anti-anxiety medications and traditional antidepressants as conventional treatments have also been shown to be useful, and many individuals receive a combination of medication and CBT to facilitate maximum effects on anxiety symptoms.

Before diving into how ketamine can help patients with treatment of social anxiety, it is important to have a bit of background. Other psychedelics have successfully been used to treat social anxiety, including MDMA. A double-blind, randomized, placebo-controlled exploratory pilot study was conducted by MAPS and UCLA to assess the viability of MDMA-assisted therapy for social anxiety in adults on the autism spectrum. This was the chosen population because research suggests that autistic adults are more likely to experience social anxiety.

For this study, 12 participants were selected to take part in two blinded experimental sessions in which they received either MDMA (75 to 125 mg) or a placebo substance. Each of the sessions lasted seven hours. The participants went through three distinct hour-long preparatory sessions before each experimental session to learn what to expect and complete pre-treatment assignments. Subjects also got three separate hour-long integrative sessions after each experimental therapy to help them integrate their experiences.

When compared to the placebo group, the active treatment group showed some reduction in social anxiety indicators. Overall, the experiment demonstrated that MDMA might be a feasible therapeutic option for autistic individuals suffering from social anxiety. However, in order to achieve more certain conclusions, these preliminary findings must be investigated in bigger samples. While the sample was very small, this study is a good stepping stone into researching how other psychedelic substances could assist with social anxiety in a wide variety of populations, including, of course, adults outside of the autistic spectrum.

How Does Ketamine Work as a Treatment for Anxiety?

Researchers have found that the effects of ketamine for treatment of social anxiety disorder can be quite helpful. The human brain is made up of several complex and comprehensive chemical processes. Ketamine can help with anxiety disorders because of how the substance interacts with these processes as well as the brain chemicals and receptors.

Ketamine is an NMDA receptor antagonist and an AMPA (Alpha-Amino-3-Hydroxy-5-Methyl-4- Isoxazole Propionic Acid) receptor stimulator. AMPA has a variety of biological functions in the brain, including the production of new receptors and synapses, which connect neurons. Deficits in the normal mechanism, functioning, and interactions of these receptors have been linked to mood disorders including depression and social anxiety.

On the other hand, glutamate is a key factor in the formation of brain synapses and is required for normal brain function. It can be found in around 80 percent of neurons. Glutamate. However, excessive amounts of this amino acid can cause overstimulation, tension, anxiety, and other unpleasant symptoms. Ketamine, being an NMDA receptor inhibitor, effectively balances out the production of glutamate.

A randomized, placebo-controlled crossover clinical trial to determine the effectiveness of ketamine when treating social anxiety disorder was conducted by Yale University from 2014 to 2016. For this trial, 18 adults with social anxiety disorder were selected and randomized into two different treatment arms. One group received an intravenous ketamine infusion (0.5 mg of ketamine per kilogram of body weight) and the other received a placebo saline solution. Ketamine and placebo infusions were administered in random order with a 28-day washout period between infusions. This means that each participant received either ketamine or placebo infusion on Day 0; then on Day 28, the participant received whichever infusion they did not get on Day 0. Assessments were conducted pre-infusion, three hours post-infusion, and on days one through 10 and 14 post-infusion.

Ketamine showed a significant positive effect in reducing symptoms of social anxiety compared to the placebo. It also showed a significant reduction in fear, avoidance and other clinical outcomes. It did not, however, significantly reduce comorbid depressive symptoms in the 12 subjects with comorbid depressive disorder. It was also overall very well tolerated by the subjects and did not cause any unpleasant side effects.  While this study is a few years old, it is a foundation for more studies to come. Also, it is important to note that several psychedelic-inspired ketamine clinics have since begun to offer ketamine-assisted therapy for the treatment of anxiety disorders with significant success.

Risks and Side Effects of Ketamine Treatments

Compared to other psychiatric drugs like selective serotonin reuptake inhibitors or anxiolytics, ketamine has been shown to have few adverse effects when used to treat social anxiety disorders. Unlike other common medications used to treat mood disorders that have a variety of major side effects, ketamine has just a few minor adverse effects that usually go away within a few hours of the treatment ending.

Some of the short-term side effects include hallucinations, disorientation, diminished environmental awareness and short-term memory loss. These are very rare when ketamine therapy is administered a clinical setting. Ketamine treatments also acts significantly faster than most drugs used to treat mood disorders, which might take several weeks before showing any significant results mitigating body and mood symptoms in patients.

Truffle Report has previously discussed these risks, as well of the effects of as little as a single dose infusion or esketamine nasal spray on depressed patients, with practitioners of various ketamine clinics throughout North America. Despite the promise for these treatments, the potential benefits of ketamine in combating patient anxiety levels should always be weighed against the possibility of dependence or other adverse events.