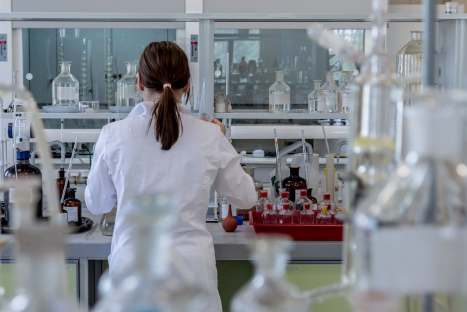 A new research partnership between two Canadian life science companies will explore the development of psilocybin in the treatment of cancer, and seeks to discover novel uses of undisclosed psychedelic compounds.

It was announced on November 18 that Revive Therapeutics, whose research focuses on the development of therapeutics for infectious diseases and rare disorders, has partnered with PharmaTher, which specializes in the research and development of psychedelic pharmaceuticals, for the collaboration.

Range of Cancers Could Possibly be Treated by Psilocybin

This announcement comes two days after PharmaTher revealed it had filed a provisional patent application in the United States for the potential novel use of psilocybin to treat cancer. The patent application outlines psilocybin’s possible uses in liver carcinoma, melanoma, breast neoplasms, kidney neoplasms, and acute myeloid leukemia which were discovered by PharmaTher’s drug repurposing artificial intelligence platform panaceAI.

“We recently achieved an important milestone in expanding our patent portfolio with the potential of psilocybin to treat certain cancer indications,” Chianelli said. However, the company has cautioned the research was still at an early stage, adding that PharmaTher was not claiming or implying to have achieved success either in cancer treatment with psilocybin or commercial viability for any new therapy.

The company is also exploring novel uses of psychedelic drugs such as ketamine, LSD, MDMA, ayahuasca, and combinations of psychedelics with FDA approved drugs.

“We continue to broaden our psychedelic-based patent portfolio and build a psilocybin product pipeline in neurological and cancer disorders that have the potential to obtain FDA orphan drug designation,” Chianelli said.

Psychedelics and the Treatment of Cancer-Related Distress

While the possible use of psilocybin in treating cancer is an emerging research space, there is already a growing body of evidence that psilocybin is an effective treatment for cancer-induced anxiety and depression.

Cancer patients commonly suffer from anxiety, depression, stress, and existential dread, all of which are associated with poor clinical outcomes. A 2016 study by researchers at John Hopkins University found high doses of psilocybin taken by patients suffering cancer-induced anxiety and depression produced large decreases in clinical and self-rated measures of depressed mood and anxiety, along with increases in quality of life, life meaning, optimism and decreases in death anxiety. At a six-month follow-up, these changes were sustained with about 80 percent of participants continuing to show clinically significant decreases in depressed mood and anxiety.

A 2018 review of clinical trials which were held between 1960 and 2018 researching the therapeutic use of psychedelic treatment in patients with serious or terminal illnesses and related psychiatric illness by New York University psychiatry researcher Dr Stephen Ross also found “psychedelic-assisted treatment can produce rapid, robust, and sustained improvements in cancer-related psychological and existential distress.”

Most recently, a 2020 study that conducted a long-term follow-up on patients who undertook psilocybin-assisted psychotherapy for psychiatric and existential dread found the benefits of the treatment were sustained over time.

The Status of Psilocybin Treatment in Canada

While these studies are promising, ongoing clinical trials must be completed before any treatment can be made widely available in Canada. However, despite psilocybin use being illegal in Canada since 1974, in August 2020 an exemption was granted to four terminally-ill cancer patients to receive psilocybin treatment. TheraPsil (Therapeutic psilocybin for Canadians), a group advocating for access to psilocybin therapy for Canadians under palliative care, anticipates more applications for permission to undertake psilocybin treatment to ease end-of-life distress will be made through the exemption process provided under the Canadian Controlled Drugs and Substances Act, and recently announced the first nonpalliative use of psilocybin assisted therapy for depression. Further medicinal benefits of psilocybin may be on the horizon if the research undertaken by Revive Therapeutics and PharmaTher into the drug’s possible applications in the treatment of certain cancers is successful.