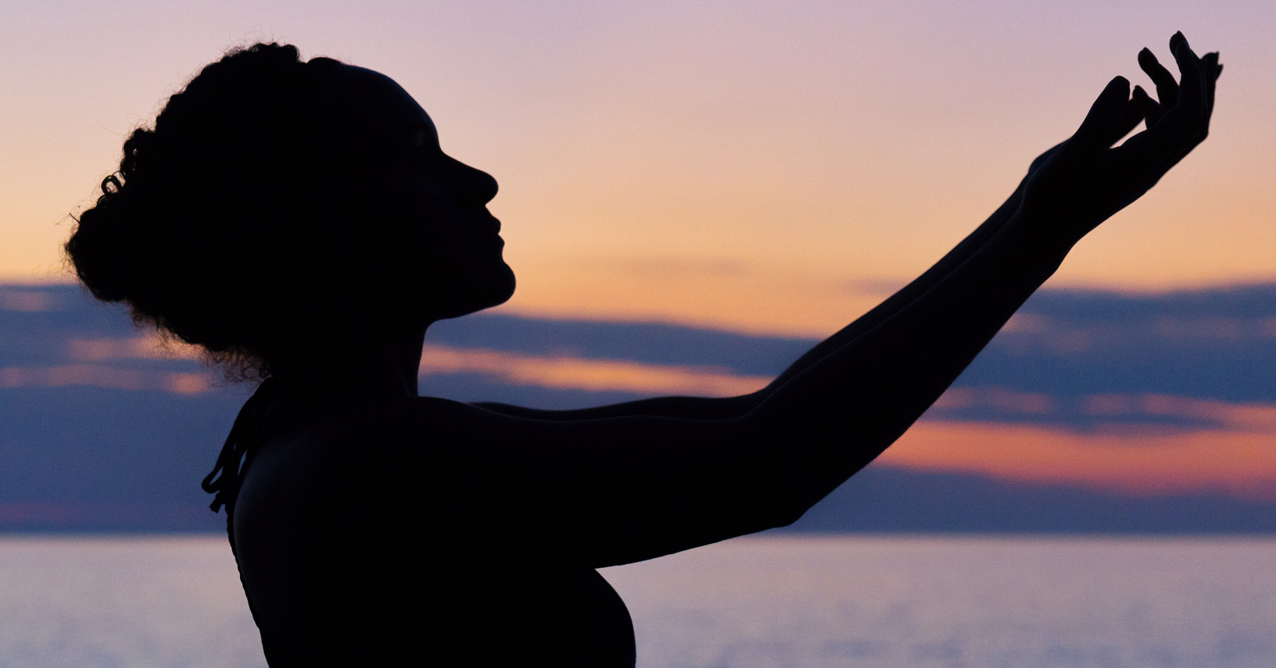 Religion and Psychedelic Use: How Their Legal Exemption Can Serve As A Framework

As we currently see a growing rise in the world of psychedelics, whether through decriminalization measures or therapeutic purposes, it is beyond crucial to recognize that Native Americans, as well as other religions have been using a variety of Entheogenic substances for the majority of time that their rituals have existed. Not only have these rituals been protected through different federal laws throughout time, they also serve as an imperative framework in understanding the harmlessness and multitude of benefits that Entheogenic Substances provide. This article will attempt to highlight the legal history of Religion and Psychedelics, proving that if these rituals have used Psychedelics for centuries, then its harm is clearly minimal.

In 1978, the American Indian Religious Freedom Act was created. The act served to allow Native Americans, Inuit, Aleuts and Native Hawaiians to freely practice their sacred rituals without disruption by law. Yet, despite the enactment of the law, the AIRF failed to protect Alfred Smith in 1990 in Employment Division v. Smith.

Yet, in 1990, the US Supreme Court case, Employment Division v. Smith, held that the state could deny unemployment benefits to a person fired for violating a state law. In this instance, an individual was fired after consuming Peyote, although it was consumed as part of a religious ritual. This was a key case that led to the creation of the RFRA in 1993. The Religious Freedom Restoration Act works to “ensure that interests in religious freedoms are protected”. Not only did Employment Division v. Smith lead to the creation of RFRA in 1993, but is also led to amendments of the American Indian Religious Freedom Act in 1994. The amendments provided protection for religious practices of the Native American Church. Prior to this, the legislation did not specify which religious practices were permitted to use Psychedelics. This was part of the argument that the Supreme Court used when arguing that Smith violated criminal law by consuming Peyote. It seems that since the 1994 amendments, there have been minimal incidents of law enforcement infringing on Native American religious rituals.

A similar 2006 Supreme Court case occurred after the creation of the RFRA. In this case, Gonzales v. O Centro Espírita Beneficente União do Vegetal, an individual had purchased 110 litres of ayahuasca tea that was shipped to Santa Fe, New Mexico to the Brazil-based UDV. UDV, also known as União do Vegetal, is a religious society with over 18,000 members globally. UDV routinely uses ayahuasca tea in its practices. It is crucial to note that UDV originates in Brazil, where ayahuasca tea is legal. Jeffrey Bronfman, the Santa Fe UDV Chapter President, claimed that the seizure of the tea at the US border was an infringement on church members rights. By the time it reached the Supreme Courts, the court ruled that the chapter was permitted to use ayahuasca tea.

According to a 2010 US Census, the top US States and regions where Native Americans reside are Alaska, New Mexico, South Dakota, Oklahoma and Montana. Interestingly enough, Alaska and Montana have implemented RFRA through Court Decisions. New Mexico and Oklahoma have RFRA legislations in their states. Furthermore, in 2017, South Dakota allowed taxpayer funded agencies to deny services that conflict with religious beliefs. While these laws have clearly helped to protect the rituals of different religions, it is imperative to understand the different religions that use Psychedelics.

Perhaps the most legitimate and widespread of American religions that use psychedelics, the Native American Church emerged in the 19th Century. It exclusively uses Peyote as its Psychedelic of choice. NAC believes that Peyote provides medicinal, spiritual, and healing benefits. They see the hallucinogenic aspect of Peyote as “spiritual visions”. Within NAC, Peyote consumption occurs in Peyote ceremonies. These ceremonies last all night, and music, scriptures, and praying are all common elements of the ceremonies. It began incorporating Peyote into its practice once it was discovered in the Great Plains in the late 19th Century. To date, it is one of the most widespread Native American religions with approximately 250,000 members worldwide.

Yet, as the religion grew in the 20th Century, its use of Peyote became more infringed upon by law enforcement. This eventually aided to the creation of the RFRA. As well, the 1991 case, US v. Boyll, helped establish that members of the NAC are able to transport, cultivate, possess and consume Peyote if for religious purposes. This is validated since the purchasing of Peyote can only be done by registered NAC members by licensed distributors. These distributors of Peyote are located in Texas, near the Mexican border, where Peyote in the US was initially discovered.

União do Vegetal, also known as UDV, is a Brazilian based religion founded in 1961. As of today, there are over 18,000 members globally. UDV uses Ayahuasca Tea, containing DMT in its religion. In fact, a 2005 study by Charles Grob of UCLA, found that UDV members were more healthy than the average member and even suggested that for non-members of UDV, Ayahuasca Tea could be used to treat depression. In a 2006 case, Gonzales v. O Centro Espírita Beneficente União do Vegetal, the Supreme Court ruled that members of UDV were able to consume Ayahuasca Tea for religious purposes.

Santo Daime is a syncretic religion that emerged in Brazil in the 1930s. During Santo Daime ceremonies, Ayahuasca Tea, containing DMT is often consumed. In these ceremonies, it is believed that the tea will help members connect with reality and nature on a greater level. Researchers in 1998 studied the use of the tea within Santo Daime and concluded that there were a variety of healing properties. A second study in 2012, looked at long term uses of Ayahuasca Tea consumption within Santo Daime and found “no evidence of psychological maladjustment, mental health deterioration or cognitive impairment in the ayahuasca-using group.” Currently, most of the US chapters of Santo Daime are in Oregon. A 2009 Court Case, Church of the Holy Light of the Queen v. Mukasey, allowed for the Oregon chapters of Santo Daime to consume Ayahuasca Tea as part of their religion.

The League for Spiritual Discovery (LSD) was a spiritual movement that aimed for the legal use of LSD. Its popularity peaked during the mid to late 1960s. It was based in Manhattan, at the Centre for the League of Spiritual Discovery. It believed that LSD provided spiritual understanding, meditation and personal insight. Members would be often be encouraged to read Psychedelic Prayers by it’s founder Timothy Leary to aid their Psychedelic experience. It was started by Timothy Leary and Nina Graboi. The movement lasted just under a year. In terms of origins, Timothy Leary, along with Richard Alpert were researchers at Harvard and in 1962, they set out to study the religious use of psychedelic drugs. As a result, they created IFIF, International Federation for Internal Freedom. LSD also has ties to the Original Kleptonian Neo-American Church. This church was founded by Arthur Kleps, who was part of Leary’s original research with IFIF. Despite its limited run, the movement did see a revival in 2006.

The Peyote Way Church of God

Peyote Way Church of God, is a sect of Christianity that uses Peyote in its rituals. The founder, Jonathan Koshiway, was formerly part of the Oto Church of the First Born. In 1918, he became apart of NAC. NAC was able to use Peyote as it was protected by Federal Law. However, for individuals in NAC looking to use Peyote, they had to prove they were at least 25% Native American blood. In 1948, Reverend Immanuel Pardeahtan Trujillo joined NAC but was appalled by the 25% rule. As a result, Trujillo and other NAC members who protested the rule formed The Peyote Way Church of God, which they see as an “all-race” group. Trujillo purchased a ranch in Arizona in 1970 and the religion was officially founded in 1977. Yet, in a 1991 court case Peyote Way Church of God, Inc. v. Thornburgh, members of the religion argued that only NAC was able to use psychedelics as part of their religious practices while other religions were barred. Unfortunately, the court argued that the case a political argument, rather than one centred on religion. However, only three years later, in 1994, Congress amended the American Indian Religious Freedom Act to allow any Native American religion to use Peyote.

Clearly, NAC, UDV, Santo Daime, Neo-American Church and The Peyote Way Church of God are religions, that despite legal controversies, have successfully been incorporating Psychedelics into their rituals for quite some time. While these uses should not directly serve as a framework, they should help to minimize the stigma surrounding Psychedelics.